Some proposals for professional soccer officiating 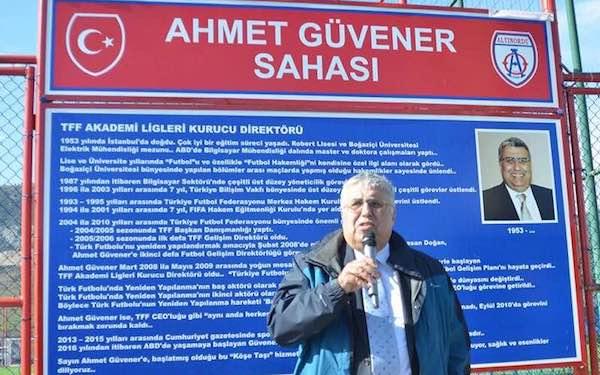 The last of couple of years had seen some dramatic changes to the Laws of the Game (LOTG) as well as its interpretations along with technical innovations that allowed some of those to be implemented. Those changes like the VAR system, the new handball interpretation are among those that created a lot of dissent from the soccer community. Any change –- like any new medication –- will come out with unplanned or unexpected consequences or side effects. I will try to suggest some proposals to our officiating world to mitigate those “side effects.” New changes also create new opportunities. Those proposals could be a change in the LOTG or the VAR protocol or as simple as a change in the Rules of Competition.

The players are easily identified by their numbers on their shirts and in most cases on their shorts, so it is very easy for the officials to identify them. The referee now has the jurisdiction over the technical staff; they can caution them and send them off. They already had the jurisdiction over the substitutes on the bench. In the grassroots games when I am a referee coach, I ask the referees before the game to make sure they understand who the technical staff is by making sure they are on the roster, in case the referee has to caution or send them off. They will need to report the name of the culprit to the appropriate authorities with their names.

In professional games, things might get more complicated. Recently, in a Champions League game (PSG vs. Basaksehir) the fourth official described an assistant coach to the referee whom he asked to be sent off by referring to the color of his skin. This was interpreted by some players as a racial slur and the game had to be abandoned and was played the next day with a new crew of officials. Definitely, the Romanian fourth official had tons of other ways to identify the assistant coach other than using his skin color, but identification of the people on the bench is still problematic since none of them are wearing any numbered shirts. The Rules of Competition can easily be changed to ask the substitutes to wear bibs with their shirt numbers and the technical staff – except the Head Coach – with letters (A through whatever) on them.  Since every shirt number and letter will be on the roster it will be very easy for the officials to identify them. (In most competitions the staff is wearing accreditation cards, the size of the cards make it very difficult to identify them from a distance.)

In games where the VAR technology is used, there is already a technological infrastructure that can be utilized for creating an opportunity to help the officials on the field. I believe what I will propose might or might not require any changes in the LOTG and/or the VAR protocol. The League or the FA will have to appoint an extra “statistician referee (SR)” to the VAR booth. This referee can be a junior one.

In most games, time is lost due to the implementation of the VAR protocol. Although the best solution that I had been advocating for the past decade is to have a timekeeper in the professional game, right now the referee has to guess the time lost for the implementation of the VAR  as well as what the LOTG dictates – substitutions, injuries etc. During the VAR implementation, time is lost due to silent checks as well as On the Field Reviews (OFR). Being in the VAR booth, the SR can easily record and keep the time lost due to the VAR protocol. At the end of each half, he/she can advise the referee of the time lost. At least through this way, the referee will have access to an objective time loss and he/she can add the subjective time loss dictated by the LOTG to the time advised by the SR and decide on the minimum amount of time added to each half.

Statistics are becoming an integral part of our beautiful game. The coaches use them prior, during and after the game extensively. Some of the data on the statistics might also be useful for referees for their games. They can use that data while preparing for the games and might also use them after the game, but how about during the game? The total number of fouls of committed per team as well as which players committed how many fouls and against which players might be very useful data for game control. Since this data cannot be shared online during the game, at least the crew should have access to this data at halftime to prepare for the challenges of the second half.  Some companies that provide statistical data to the games might keep the data that was mentioned above and hence the crew can have access to it at half time. In case the company does not provide this information, the SR in the VAR booth can gather this set of statistics and share it with crew at halftime. Needless to say, this data is for advice to the crew on the field for the strategy of the second half.  This data should never have any relation to correct or incorrect calls. The SR can also be used to transfer any data collected by the system that the referee asks for.

In an earlier article, I have talked about possible changes to the VAR protocol. One of them was the inclusion of the second yellow card and the other one was any Indirect Free Kick against the defense in their own penalty area. Both I felt was in accordance with VAR philosophy: “Minimum interference and maximum benefit.” There are other incidents in the game that indirectly affect the outcome of the game that are match changing incidents. I believe as long as the “minimum interference” part of the philosophy is kept, we can extend the four areas that are in the domain of the VAR protocol. By “minimum interference” I mean the VAR can help the referee during the “normal” stoppages of the game without requiring a silent review or an OFR.

During a game, the outcome of the game can be changed by an obvious and clear mistake for a free kick or a corner kick. Since the decision regarding a free kick is subjective and one cannot decide which free kicks to include in the domain of the VAR protocol, it is safer to keep the free kicks outside the penalty area from domain of the protocol. But whether the ball went out of the goal line last played by a defender or an attacker is an objective decision and can be confirmed easily and without loss of time by VAR during the normal stoppage of the game. Although goals scored directly or indirectly form a corner kick is rather rare – around 3% - still the VAR can easily and without sacrificing from the “minimum interference” philosophy of the VAR Protocol can help the crew on the field.

With the VAR system, the number of incidents of off-the-ball-violence – including kicks, strikes, head butts, spits – have decreased to a vanishing point. Because the players know with a dozen cameras their actions will be spotted by VAR and they will get their marching orders.

With the new directive from FIFA and especially UEFA that any contact to the face of an opponent by the hand, arm or elbow of a player – whether it is intentional or not – will be penalized with either a yellow card or a red card – depending of the severity of the contact – players started simulating injury so that they can get their opponent a card. We now see more players lying on the ground holding their faces after a contact with an opponent. Sometimes they achieve what they intent and their opponents get a card. When you review the incident, you cannot even see a contact to the face. If the card issued is a red one then VAR can intervene. But if it is a yellow card, these injury simulators get what they want. Since this happens during a “natural” stoppage of the game – the player is being treated – VAR can intervene and tell the referee that it was simulation. The referee then should cancel the yellow card and should instead issue the caution the simulating player. This should only be done if there is no contact. I believe this will stop players from simulating injury to draw a card.

The above are my thoughts on how to use the current VAR infrastructure to help professional soccer referees. With so many new applications and interpretations, it is inevitable that we will have some “side effects." These are some attempts to mitigate the “side effects”.

Ahmet Güvener (ahmet@ahmetguvener.com) is the former Secretary General and the Chief Soccer Officer of Turkish FA. He was also the Head of Refereeing for the Turkish FA. He served as Panel member for the FIFA Panel of Referee Instructors and UEFA Referee Convention. He now lives and works as a soccer consultant in Georgetown, TX.