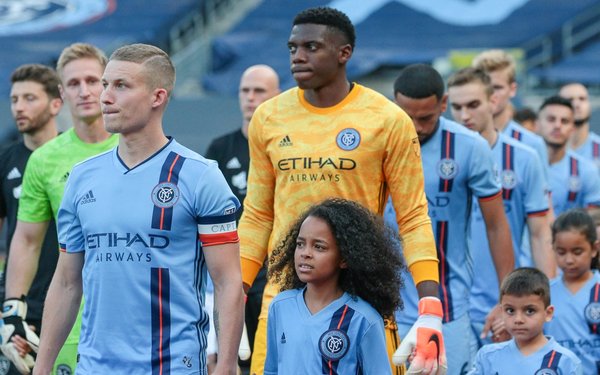 There is no escaping COVID-19.

The NWSL was forced to play without the Orlando Pride at its Challenge Cup.

MLS was the first league to complete both a bubble and in-market play, but two teams, FC Dallas and Nashville SC, had to withdraw from MLS is Back, and teams dealt with COVID-19 issues through the playoffs in which champion Columbus had 10 players test positive for COVID-19.

The USL had probably the worst luck, making it all the way to the finals in both the USL Championship and USL League but canceling both games because of COVID-19 outbreaks.

The Concacaf Champions League resumes on Tuesday in Orlando, but already teams are facing COVID-19 issues.

New York City FC had to rearrange its travel to Orlando after three players tested positive. A fourth player, starting goalkeeper Sean Johnson, tested negative but was deemed a close contact and said in a social media post on Monday night he is not traveling to Orlando.

NYCFC will fly to Orlando on Tuesday morning and face Tigres in the evening. It picked up backup Orlando City goalkeeper Mason Stajduhar as an emergency loan for the tournament.

Concacaf will first finish the quarterfinals that were interrupted in March due to the pandemic and then follow with the semifinals and final.

The game in three series will be the second leg, including NYCFC-Tigres. In all of them, MLS teams lost the first leg.

The first leg of the LAFC-Cruz Azul series was never played in Los Angeles because it was scheduled to be played the night American sports shut down. Both teams in the series, which will be decided on Wednesday night in a single match, have been dealing with COVID-19 problems.

LAFC was without four players who contracted COVID-19 while on national team duty in South America in November: MLS leading scorer Diego Rossi, Brian Rodriguez, Diego Palacios and Jose Cifuentes. They were unavailable when LAFC fell to Seattle, 3-1, in the MLS playoffs.

Cruz Azul had 17 players test positive during the Liga MX's Torneo Apertura and needed two rounds of testing before it was allowed by Concacaf to travel to Orlando on Monday.

Los Cementeros will be without head coach Robert Siboldi, who was fired after they blew a 4-0 lead their Apertura semifinal series with UNAM. Cruz Azul promoted its U-20 team coach, Luis Gonzalez, to coach the first team in Orlando.