Wise and witty 'Farther Corner' takes us back to England's Northeast

A couple of years back some old school friends from England came to visit me in Germany. We arranged to meet up in the fine city of Düsseldorf, and I was charged with the itinerary. Fortuna Düsseldorf was not at home that weekend, but its reserves were -- playing against SC Verl in the Regional League West. "Great," grumbled one of my friends over breakfast. "I knew we could rely on you for some crap fourth division soccer."

His tune had changed by the end of the day. We'd walked to the historic Paul-Janes Stadium through parts of the city mostly unseen by visitors. We ate sausage from an open-coal barbeque, drank freshly tapped draft beer, and fell into conversation with fans who were curious why a handful of middle-aged Brits were watching Fortuna Düsseldorf's second string on a wet March afternoon. The game ended 3-2 for the visitors (attendance: 139), with Düsseldorf defender Leander Goralski scoring a bizarre, lofted own goal (for which he immediately blamed his goalkeeper) to win the game for Verl. In short, there was plenty to talk about, and plenty to remember.

If Harry Pearson lived in Germany, it's the sort of ground he'd seek out on a freezing winter's night. He knows that every game tells its own story, no matter where it's played, no matter how good or bad the players are. In his native northeast England, each club -- be it Newcastle United in the Premier League or Heaton Stannington of the Ebac Northern League Division Two - has a history of boom and almost-bust. They've boasted gifted players who achieved great things, or notoriously failed due to a combination of circumstance and fallibility. Each weather-beaten ground, be it at Dunston, Esh Whinning or Seaham Red Star, is interwoven with the identity of an economically neglected region where the steel plants have been closed and the coal mines long since mothballed.

The Farther Corner is a sequel to Pearson's classic The Far Corner, first published in the mid-1990s. The formula was simple. The witty Pearson, heavily armed with analogies and one-liners, spent his weekends at the region's soccer stadiums braving vile weather and dubious food while casting his observational eye upon the spectators who, for whatever reason, chose to spend their Saturday afternoons watching or emoting to what many would concede is, in pure sporting terms, a poor excuse for entertainment. Each chapter represented a different game, a new venture into stoicism, despair and failure, and a thicker layer of sleet, fog or slanting rain. Some 25 years later, it's still cited by many as their all-time favorite soccer book.

Pearson acknowledges in his introduction to the follow-up that much has changed in that quarter of a century. "New all-seater stadiums were built, old ones improved and expanded beyond recognition," he writes in The Farther Corner. "Foreign stars flooded in. The quality of football improved as markedly as the grounds." Yet this new brand of soccer is "high maintenance. Games kicked off at whatever times the TV paymasters wanted, with no thought for how away fans might get home afterwards. What had once cost the same as a trip to the pictures was now more like a night at the opera." So The Farther Corner focuses even more than its predecessor on the lower end of the English game, on the clubs that have survived and continue the struggle in the face of financial odds that are perpetually stacked against them.

Nonetheless, while the major professional clubs in the region -- Newcastle, Middlesbrough and Sunderland -- have all struggled in spite of the extra millions at the game's top level, "non-League football in the North East experienced an unexpected renaissance." When you read Pearson, it's not hard to understand why. As well as the cheaper tickets and the convenience of the smaller crowds, the very character of non-League soccer in England is a lure for romantics, nostalgics and anyone with time to spare who feels at home in a soccer stadium. 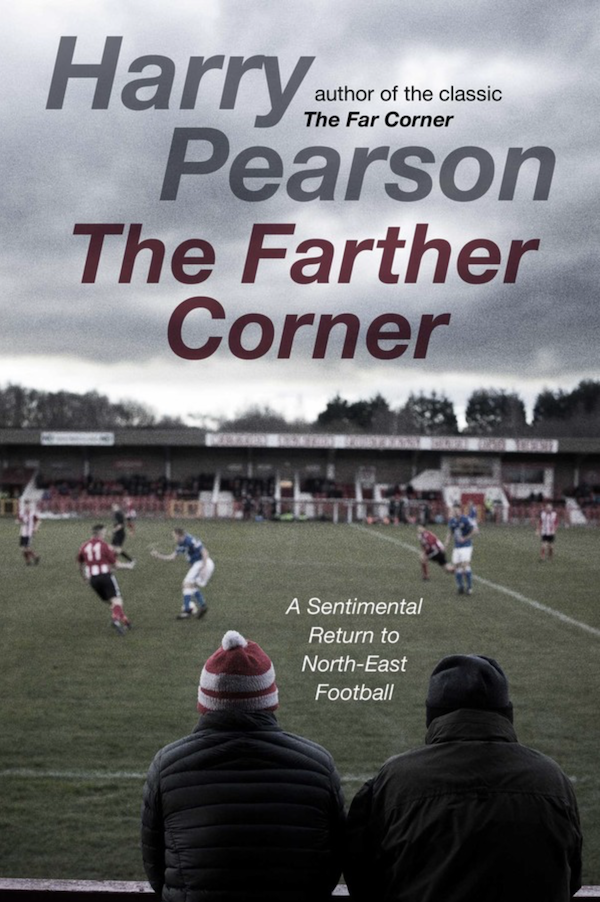 An expensive and often sterile day out at Premier League soccer is incomparable with the experience of sitting in a three-figure crowd and hearing what curmudgeonly pensioners ("stony-faced codgers") are shouting at the referees or the away team's bench. Or seeing the "bulbous, middle-aged man in a beige anorak, swirly, flapping tie and hank Marvin glasses" who feverishly commentates the game's events into a dead mobile phone, pretending to be a reporter. What are these games for, Pearson asks, "if not to offer a safe and soothing haven to the lost, the lonely and the bewildered?"

Almost in passing, the author tells us that he too suffered a personal breakdown in the intervening years, but that he found solace in the bedrock of the region's soccer to help keep him on the rails. "Hardship can push you two ways," he muses while walking around a deprived and crime-ridden part of Middlesbrough. "It can make you parsimonious, mean-spirited and greedy, or generous, careless of the things you have been denied. Life is a game you can't win; the best you can do is battle on and laugh in its face."

There is thankfully plenty to laugh about in this wise, funny and reflective book, spiced with historical context, diversionary anecdotes, and warmly related eavesdropping during a grey afternoon spent at, say, Ryton and Crawcrook Albion. A friend's wife tells Pearson, "Sometimes he wakes me up at night with his bloody chuckling. And I say, are you still laughing about that damned football match you went to with Harry?"