COVID’s effects on soccer are well-documented. Professional, college, high school and youth seasons have been shortened or canceled. Spectators are banned or limited. Some athletes and officials play with masks. 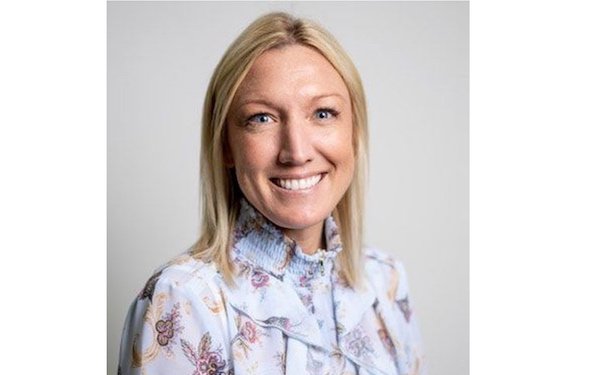 The effects on the women’s game go beyond all that. Worldwide, at the professional level, nearly half of all players have seen their pay cut or suspended. Forty percent receive no mental or physical health support. Most are not even communicated with regularly.

Yet even in a pandemic, there are bright spots internationally. Major countries are professionalizing their women’s leagues. Contracts are being renegotiated, coming closer to parity with men. A ground-breaking pregnancy and maternity provision moves forward.

That’s the mixed view of Amanda Vandervort. She should know. The former MLS executive, United Soccer Coaches president and college player is completing her first year as chief women’s football officer at FIFPro. The Netherlands-based organization – akin to a union – represents 65,000 professional players in over 60 countries.

It’s a challenging time to take the helm, personally as well as professionally. Vandervort spent two months locked down in London. She returned to the U.S. in June, and worked from Brooklyn through October. Now in Arizona, she rises at 3 a.m. to conduct business with national organizations in Europe, Africa and Asia.

In the first months of the coronavirus, Vandervort used video chats and webinars to help build community, both regionally and globally. Players realized they shared many of the same concerns and struggles. But the wide variety of “professionalism” was staggering.

Some nations treated the women’s game almost on par with men’s. In others, women’s soccer was mired at the semi-pro level or amateur level. “If women are not recognized as professionals, they’re not protected by employment laws,” Vandervort notes.

The pandemic has illuminated the importance of safety and access to healthcare. Both are tied closely to the notion of “employment,” the FIFPro executive says.

Some – but not all – of the issues may be COVID-related. “I don’t know the ‘why,’” Vandervort admits. “Why have salaries been reduced or eliminated? Why aren’t national associations or clubs communicating with players?”

But the reasons are less important than the reality. “Housing, transportation, food at the dining facility – these are the lifeblood for a lot of women. And financial considerations should not prohibit sending emails about what’s going on.”

Yet Vandervort is heartened by several recent developments. The Italian government has said it will recognize the women’s league as professional, just like the men. When the Dutch government shut down all sports except for men’s top division soccer, female players flocked to social media; their game was opened up, too. In the midst of the pandemic, England’s FA Women’s Super League sold match rights to NBC Sports and a deal has put France's Division I Arkema in ESPN+. This summer in the USA, the NWSL and the league’s players association agreed to a childcare provision for its Challenge Cup. “Even in a crisis, we’re finding ways to prioritize changes and elevate the game,” says Vandervort.

The inclusion of a 14-week paid pregnancy and maternity leave provision in FIFA’s Regulations on the Status and Transfer of Players – driven by FIFPro, with help from UEFA and other major organizations – is a major step forward. Vandervort knows of no other international sports governing body that includes such a provision.

As the world emerges from the coronavirus cloud, Vandervort looks forward to more collective action. “We have to develop plans and policies to raise the status of women’s [soccer], and the value of its players. Players’ voices need to be heard, respected and acted on, during the decision-making matrix.” 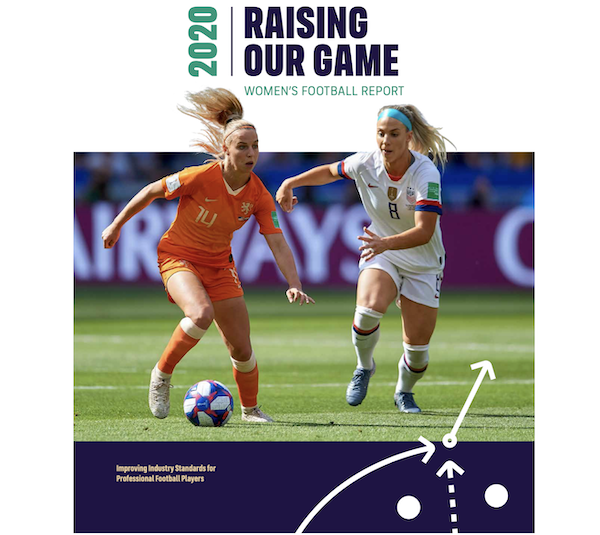 Last April, FIFPro released “Raising Our Game.” The report charts the economic evolution of women’s professional soccer, in areas like attendance, television, sponsorship, and player conditions at the club and national level.

Its call to action was for FIFPro, affiliated national player associations, players, and all other stakeholders to work together to establish and enforce global standards for working conditions, to help achieve a “strong, vibrant and sustainable women’s game.”

As 2021 begins, and a post-COVID world comes closer to reality, Vandevort is more committed than ever to implementing the report’s recommendations. “Women soccer players at the elite levels should be treated as elite athletes,” she says. “There is no other way.”