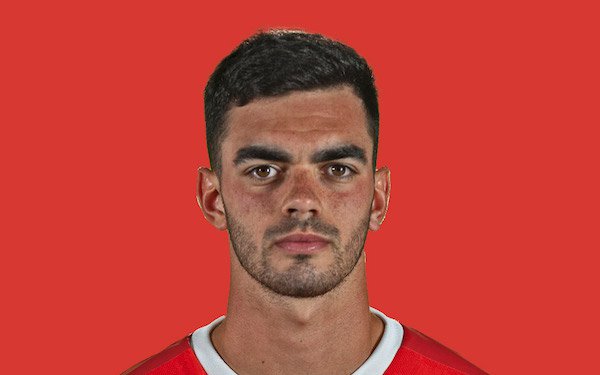 One of the more exciting aspects of the current generation of younger American players is just how deep it is. Sure, every American soccer fan – and even many casual sports fans in the United States – can name Christian Pulisic, Gio Reyna, Tyler Adams and Weston McKennie. But what is even more important is not just the talent at the top level, but the fact that there is a growing swell behind them full of players that are also building impressive resumes.

It is also not only the players at these elite levels in Europe, or the impressive young players in MLS that look poised for an eventual sale, it is also American players who are emerging at high levels in places that have historically been uncommon for players born in the states.

Alan Sonora, 22, is a perfect example. Born in New Jersey, the midfielder is now a starter at one of Argentina’s most historically powerful clubs in Club Atlético Independiente. Based in the greater Buenos Aires area, Independiente has a storied history that includes 16 Primera Division titles, seven Copa Libertadores titles, and two Intercontinental Cups. It has been the home to famous players such as Sergio Aguero, Esteban Cambiasso and Diego Forlán.

Sonora’s American citizenship, however, stems from his father’s involvement in the early years of MLS. The elder Diego Sonora, now 51, had a terrific career in Argentina and after 266 games for Boca Juniors in all competitions, he finished in MLS – first with the Dallas Burn in 1996 followed by stops with the MetroStars and D.C. United. While he playing for the Dallas Burn, his eldest son, Joel Sonora, was born in 1996. Then while with the MetroStars, Alan was born in 1998.

Both Sonora sons are professional players like their father. Joel is currently with Talleres de Cordoba -- also in Argentina’s top flight -- and mostly comes off the bench. Unlike Joel who was a member of the 2015 U.S. U-20 World Cup team, Alan has never represented the United States at any level. But when looking at his resume, it seems like it could be only a matter of time as securing a starting spot at Independiente is sure to gain the interest of anyone – let along U.S. Soccer scouts. Alans Sonora also has the added advantage of being eligible for the U.S. U-23 team in 2021 as it will attempt to qualify and play in the Olympics for the first time since 2008.

Last season in Argentina, Sonora got his first taste of Independiete's first team when he made two appearances for just 95 minutes.

This season, however, Sonora has already made six appearancs for Independiente - including four starts. On Dec. 6, he scored his first career goal in a 1-0 win over Defensa y Justicia.

Due to COVID, the current season in Argentina has been reorganized into a cup-style competition and was recently renamed the Copa Diego Maradona for the late legend. The tournament has already advanced to the Championship Round with two groups of six teams. The group winners will play in the final. Independiente lost its first game of this round in a 3-2 decision to Huracan.

On Sunday, however, the club will host Boca Juniors in what should be a special match for the Sonora family. Diego Sonora was once a popular player for Boca Juniors and many in the family are passionate supporters of the club.

Last month, the family’s history with Boca Juniors came into light when Talleres visited Boca Juniors. Joel Sonora came off the bench and scored the winning goal of a 1-0 victory for Talleres. In doing so, he became this first American to score against Boca at famed La Bombonera.

Joel Soñora! The 2015 U.S U-20 World Cup midfielder subs into the game for Talleres in the 75th against Boca Juniors with the score 0-0. But then scores the winner in the 87th minute in the Copa de la Liga Professional pic.twitter.com/sB9Y0qMVS5

But what happened following the goal was even more touching as the elder Sonora brother ran to the corner and kissed the Boca Juniors flag that few on the corner stick. After the game he made a startling revelation.

““I kissed the corner flag because two months ago my grandparents who were Boca fans passed away,” Joel Sonora said. “The family is all Boca fans.”

Now on Sunday, Alan Sonora will have the opportunity to cement another story to the family’s ties with Boca Juniors.

American fans, however, should pay attention on multiple levels. Not just because is a great family story that shows the ties families can have to clubs, and not just because it involves the son of one of the best players in the early days of MLS, but also because it involves a player who could factor into U.S. national teams in years ahead. Of course, Sonora must continue to play well, but a matchup between Independiente and Boca Juniors is a great stage that features two of the most historically important teams not just in Argentina but in all of South America.

Alan Sonora has been vocal in the media about his desire to play for the United States and as his resume continues to improve, so do the chances of a call-up. The most likely scenario is a U-23 call-up in 2021 if Independiete is willing to release him. But the eventual dream Sonora has is to play on the U.S. team with his brother Joel.

"It would be a dream to play for the national team with Joel,” Sonora told Marca in 2019. “It would be very special. It is something I always wanted and hopefully we have that opportunity."

With success in games like he will have on Saturday against Boca, his dream becomes closer to reality.