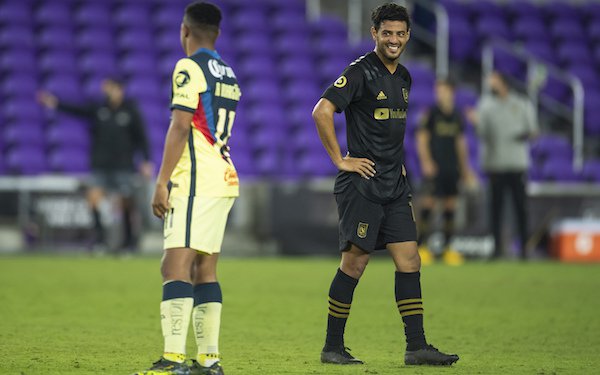 LAFC became just the fourth MLS team to reach the final of the Concacaf Champions League when it defeated Club America, 3-1, in Saturday's semifinals.

Real Salt Lake (2011), the Montreal Impact (2015) and Toronto (2018) all advanced to title game in two-leg series, but none had to overcome what LAFC did in 90 minutes against Club America to reach Tuesday's final against Tigres, a 3-0 winner over Olimpia of Honduras.

Playing in its first Concacaf Champions League, LAFC became the first MLS team to eliminate three Liga MX teams in a single competition, but not before it learned a tough lesson about Concacaf gamesmanship.

LAFC trailed on a goal by Sebastian Caceres in the 11th minute but was the more enterprising team for the rest of the first half before Colombian midfielder Eduard Atuesta was given a red card in stoppage time.

Atuesta appeared to have been fouled for a penalty kick, but as play moved to the other end following the no-call, veteran American keeper Guillermo Ochoa hovered over Atuesta, who was laying on the ground. As Atuesta stood up, Ochoa went to ground himself, writing in pain as though he had been head-butted in the face. Despite what appeared to by minimal contact, if any, Costa Rican referee Juan Gabriel Calderon bought Ochoa's theatrics and ejected Atuesta.

LAFC coach Bob Bradley's view of what happened? “I've gotten a lot of text messages from people who have seen replays, from people who saw exactly who initiated the problem between Ochoa and Eduard. I've been told by many people that Eduard didn't do anything, so I've not seen it yet, but, man, I got so many messages.”

LAFC could have been distracted by the injustice of the red card to its best midfielder and the halftime skirmish that resulted in a red card to America coach Miguel Herrera for grabbing LAFC assistant Ante Razov by the hair. ("El Piojo" inexplicably spent the second half sitting in the stands with a walkie-talkie in his hands.)

But LAFC came out and scored two goals after 13 and 84 seconds of the second half to take the lead. Both goals were scored by Carlos Vela from the same spot on the left side of the penalty, the first when he stole Caceres' lazy pass and the second after being fed by defender Eddie Segura.

"At halftime," said Bradley, "we felt that we would still win the game. I mean, I didn't expect that a couple minutes into the second half Carlos would have already scored twice. But the mentality at halftime, the intensity throughout the second half, the way guys like Pancho [Francisco Ginella] and Latif [Blessing] came on and were able to help. Just a team effort where the commitment and the intensity was just awesome." 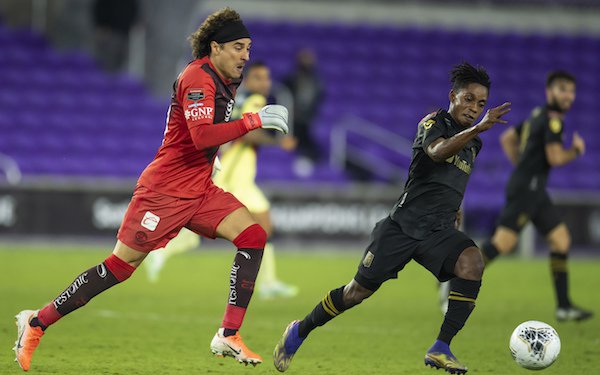 America had its chances but never in an organized manner seemed ready to break down 10-man LAFC. Las Aguilas faded as the second half went on and were also reduced to 10 players when Luis Reyes was red carded for a foul on Diego Rossi in the 79th minute. In stoppage time, LAFC clinched the victory when Blessing scored on a rebound of Rossi's breakaway attempt stopped by Ochoa.

LAFC won the MLS Supporters' Shield in 2019, its second season in MLS, but Saturday's win was the biggest single victory in its three-year history, especially after losses in its two previous semifinal appearances, to the Houston Dynamo in the 2018 Open Cup and to the Seattle Sounders in the 2019 MLS playoffs.

“I've been lucky with some different teams along the way where you remember these nights," Bradley said, "you remember what it was like in a game where it seemed like you had no chance, but, man, everybody kept going and you didn't give up."