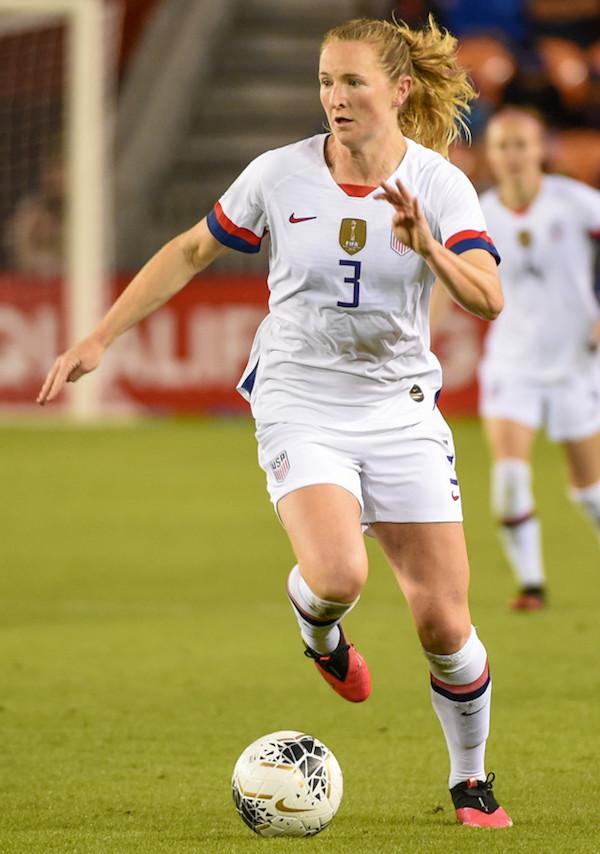 Samantha Mewis, who started the migration of Americans to England's FA Women's Super League with her move to Manchester City, has been voted the 2020 U.S. Soccer Female Player of the Year.

Mewis, 28, was one of the top players for the USA in its abbreviated international season, scoring four goals in eight games, including two goals apiece in back-to-back games against Costa Rica and Mexico in the Concacaf Olympic qualifying tournament.

The 28-year-old Massachusetts native moved from the North Carolina Courage to Manchester City in August as was then followed by four other USWNT stars to the WSL: Rose Lavelle to City, Tobin Heath and Christen Press to Manchester United and Alex Morgan to Tottenham.

Mewis' biggest contributions came when she scored in Manchester City's 3-1 win over Everton in the delayed FA Cup final at Wembley Stadium and the game-winner in the 2-1 away win over Goteborg in the first leg of City's round-of-32 series in the UEFA Women's Champions League.

Mewis is the 17th different player to win the U.S. Soccer Female Player of the Year award.

“It’s obviously a huge honor to be a part of the list of players that have won this award in the past,” said Mewis. “It should go without saying that it’s the team that does the work on the field and I just have so much respect for the other nominees this year and all my teammates. I’ve just loved playing with them on the U.S. Team, and with my teammates for the Courage and Man City.”
women's national team
Next story loading