Sam Okpodu  has played and coached at the highest levels. The Nigeria native was a three-time All-American – and the Atlantic Coast Conference’s all-time leading scorer – at North Carolina State University. He coached the Newberry College men’s team, became the first women’s soccer coach at Virginia Tech, and led the Nigerian women’s national team to the African championship and a spot in the FIFA Women’s World Cup. He earned a UEFA “A” coaching license, and advanced diplomas from other organizations. 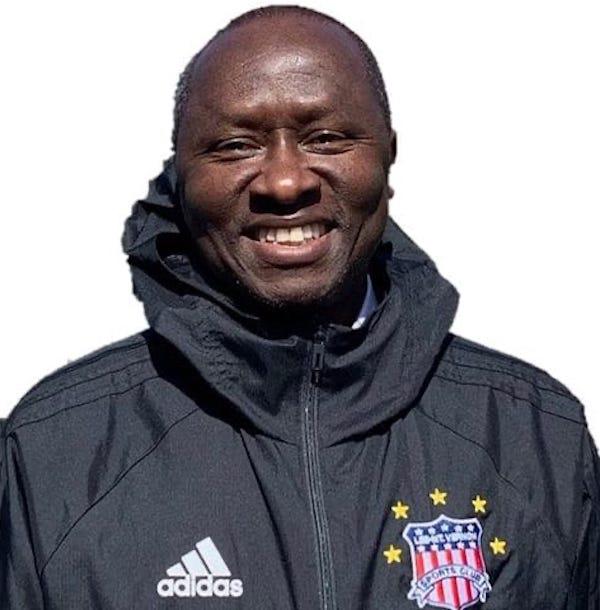 But Okpodu has also coached youth soccer. Right now, he is working with teams at the Lee Mt. Vernon Soccer Club in Alexandria, Virginia, where he also serves as U-13 through U-19 director of coaches.

The age, gender – even the continent – of his players does not matter. “When you love the game, you will coach at any level,” Okpodu says. “I’m as excited to coach World Cup pros as I am to coach 5-year-olds.”

It’s his way of giving back to the game that has given him so much. Still in close contact with former NC State coach Larry Gross, Okpodu hopes to be a similar mentor to his current players. “For me, soccer is the game of life. There are so many lessons to learn from the sport.” 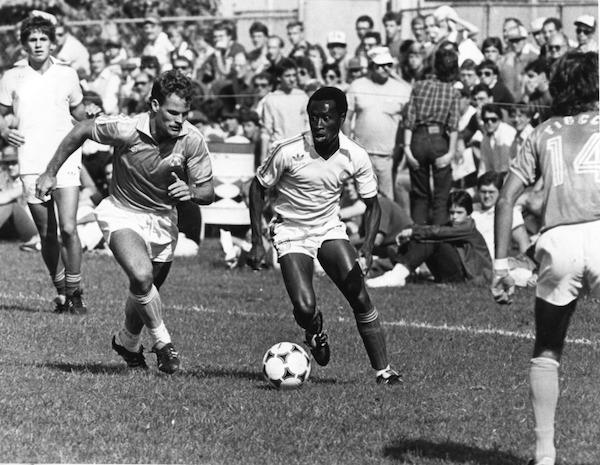 Some of those lessons are technical. That’s what younger players need, he explains. Coaching older players, he is more tactical. With all, however, it is important to convey a love for the game, so athletes play with passion and pride, as well as precision.

Okpodu emphasizes possession and two-touch soccer. “That’s the best style anywhere in the world. When you hold the ball too long, you lose it. But you also need to know when to play a long ball. The coach’s job is to get players to see that moment.”

In his third decade as a coach, Okpodu is still growing. “Wisdom is not achieved in one or two years. It’s a lifetime thing,” he says. “As long as I’m involved in the game, I’ll evolve. You have to keep learning, because the game always changes. You have to keep looking at new ways to break soccer down.” He keeps up with changes by reading, watching high level games – but also watching the youngest players. “They do very interesting things,” he laughs.

As the game evolves, so do its players. Today’s athletes are better technically and tactically than ever, Okpodu says.

He has another mission, besides teaching the game. As one of the founders of United Soccer Coaches’ Black Coaches advocacy group in the early 1990s and its chair for two terms, Okpodu has long fought for better opportunities for black coaches, and better access to the game for minority youth.

“We have to get the African-American community here to embrace the game. We don’t have enough black coaches or players yet,” he says. “Everyone needs to see people like them, so they can dream of taking it to the next level.”

During his first National Soccer Coaches Association of America coaching course, he was encouraged to become an instructor himself. He soon realized he was an inspiration to other black coaches. Yet decades later, he says, the game still has not reached enough black youth. “We have to take the game to them,” he insists. One way to do that is by building facilities, using both government investment and private funds. They don’t have to be full fields; 5-v-5 and 7-v-7 are fine. Okpodu uses the famous line from the baseball movie “Field of Dreams”: “If you build it, they will come.”

The coach notes that with soccer facilities in every community -- walkable from homes and apartments -- youngsters need not travel far (and pay high fees) to play. That will grow the game for everyone, not just Black youth. “For soccer to be massive in this country, we must take it to the grassroots,” says Okpodu. “It doesn’t cost a lot of money to play. If the U.S. wants to win the World Cup, we need kids who are hungry to play. I know they’ll play with heart. Being a champion takes commitment. If we provide those facilities, we’ll see those kids with commitment. That’s my dream: to change the landscape of soccer in this country.”

Next month, United Soccer Coaches will present Sam Okpodu with an Advocacy Award of Excellence. Because of COVID, the ceremony will be virtual. Then, as soon as it’s over, he’ll go back to coaching, and working for the good of the game – at every level.