Make it your New Year's Resolution to Become a Ref

The Department of Motor Vehicles might not be the usual place to conjure up a nice memory but it happened to me when I renewed my Driver’s License earlier this month.

I had made an appointment at the DMV in Hauppauge, Long Island -- a long corner kick from my job. When I received a reminder the day before, I was a bit surprised that the DMV was located in the New York State Office Building, where I first attended monthly referee meetings. 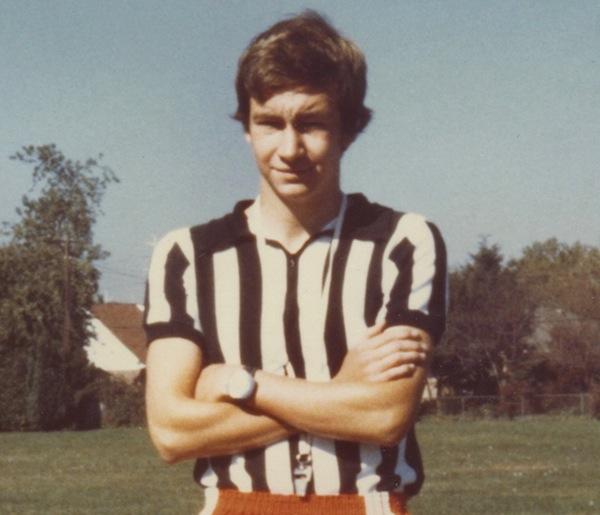 Randy as an intramural ref at age 16.

I had become an intramural referee when I was 16 years old and became a certified ref two years later, in 1980, after passing a certification course. I joined the Long Island Soccer Referees Association (LISRA), my first officiating organization, as I became a college freshman.

LISRA held its monthly referee meetings, September through June, in the basement of the New York State Office Building and I was in line at the DMV one flight above. Behind me in line was a teenage girl with her mother in tow as the girl applied to get her Driver’s Permit. In looking at the mother and daughter, I thought how I had no idea where the referee meeting was, in an era without GPS, so my dear parents, Bill and Mary Vogt, took me there the first time and then I was pretty much on my own. Meeting my fellow referees, phoning coaches to confirm games, enforcing the rules and learning to improve when I heard patterns of criticism about my refereeing.

That was 40 years and over 10,000 games ago. I would not trade my experiences officiating for anything in the world! I learned how to stay fit, to remain calm at all times, to manage others while expanding myself by leaving my comfort zone and earning some money on the side. And contrary to all these horror stories about sideline behavior, I find that nearly everybody in youth soccer and often in adult soccer too are fair-minded people. 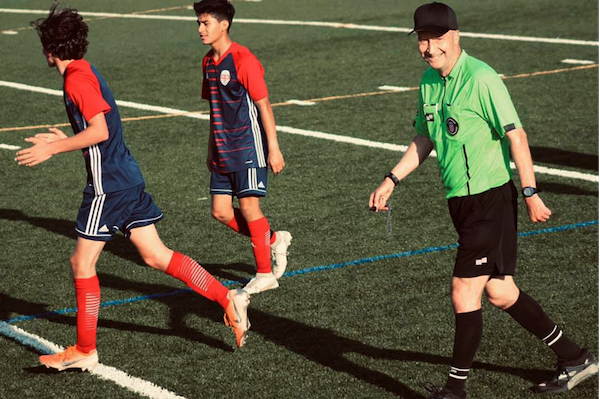 After having my Driver’s License renewed, I walked downstairs to where we had our monthly meetings and thought about many of the great times that I’ve experienced on soccer fields. The large meeting room is now a cafeteria.

It is now New Year’s Resolution time so how about some Soccer Americans make it their resolution to become referees in 2021? It could be one of the best things that you ever did! On January 1, 2020, Gordon Barr, who was one of my soccer coaches when I was a teenager, phoned me about becoming a ref. Gordon passed the certification course last winter but was only able to start refereeing when soccer resumed in New York last summer. The teacher has become the student four decades later as Gordon phones me after some of his games asking rules questions.