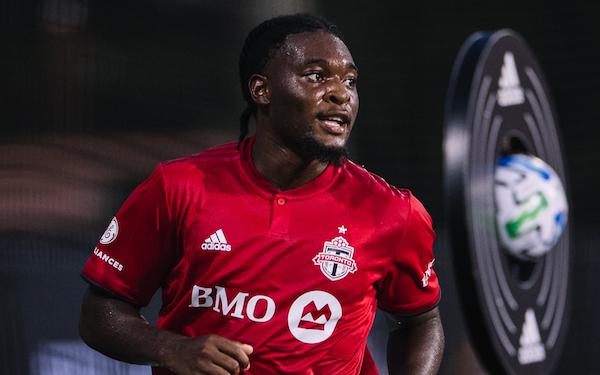 Ayo Akinola, who scored for the USA in his international debut against El Salvador on Dec. 9, will join Canada's national team scheduled to hold its first camp since the COVID-19 pandemic started.

Akinola, who played for the USA at the U-17 and U-20 levels in competitive play, will have to file a switch of association with FIFA to play for Canada. Since no international matches are planned during the January camp in Florida, it will not be an issue.

Akinola, who is also eligible to play for Nigeria, was born in Detroit and raised in Brampton, Ontario. He signed with Toronto FC as a Homegrown Player in 2017 and enjoyed a breakout season with the Reds in MLS in 2020, scoring nine goals in 15 games.

He is one of many dual nationals eligible to play for the USA's senior national team and its U-23 team but also represent one or more other countries.

Akinola's Toronto FC teammates, Richie Laryea and Jonathan Osorio, were also called up, as was Mark-Anthony Kaye, who started for Los Angeles FC on its run to the Concacaf Champions League final.

Canada begins its World Cup 2022 qualifying campaign in Concacaf's preliminary round in March. It faces Suriname, Bermuda, the Cayman Islands and Aruba in group play.