Lionel Messi raises idea of finishing his career in MLS 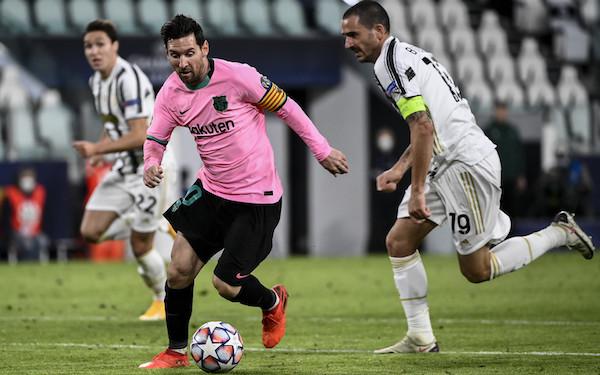 The 33-year-old Argentine is out of contract at Barcelona at the end of June and is free to negotiate a pre-contract agreement with other clubs as of Jan. 1.

On its web site, Barcelona quoted extensively from the interview with the headline "My life is Barcelona." Indeed, Messi reiterated how much Barcelona, which he joined at the age of 13, has meant to him, but he made it clear he's not optimistic about the club's future, which was one of the reasons he tried to leave after the 2019-20 season ended in July.

"I'm eternally grateful to the club for everything," he said, "but it felt like a cycle had ended and I needed a change."

A contract dispute followed with Barcelona president Josep Maria Bartomeu, and Messi ultimately decided to stay for one more season after it became clear he might not win in court and no one would pay the transfer fee Barcelona was demanding.

"The president didn't want to let me go," said Messi, "and then he started to leak things to make me look like the bad guy. Then everything that happened happened, but I am still calm that I did what was right at that moment."

Barcelona is in fifth place in LaLiga, and Messi's scoring production -- 7 goals in 14 games -- is his lowest in more than a decade.

"I knew this would be a transition year," he said, "and I want to fight for the Champions League and league titles."

Bartomeu quit in late October ahead of a vote of no confidence. Even though his nemesis is gone, Messi is still concerned about Barcelona's future.

"The club is very bad [financially], very bad," he said. "It's going to be difficult to return to where we were. It won't be easy for the new president to turn things around. I hope whoever wins does things well to get this great club back to where it deserves to be."

"No, I don't have anything clear until the end of the year," he said. "I am going to wait for the season to finish. The important thing is to think about the team and to try and win titles, not to get distracted with other issues. I don't know what will happen. I am focused on what we have in front of us over the next six months. It would not be right to tell you what I am going to do after that because even I don't know."

Manchester City or Paris St. Germain have been most often mentioned as Messi's next destination, so he created a surprise when he brought up MLS, saying it's always been his hope of "experiencing life and that league in the United States" before retiring and settling in Barcelona.