As a columnist, it can be a difficult proposition knowing how to retain your readership's interest. Few writers want to click on the comments column and find themselves vilified in public. It can also be a sobering moment when you see there are no replies at all. Best of all is when an article acts as the starting point for a constructive discussion that moves us toward a better understanding of what soccer needs -- be it an issue involving commerce, ethics, governance, or the rules of the game.

I truly appreciate the people who take the time to read my words and offer their views. Below is a selection of columns from 2020 that have provoked mostly helpful and civilized dialogue from our readership. I thank you in advance for continuing to read and react in the coming twelve months, and wish that 2021 is a hopeful, healthy year for you all.

January
The U.S. national team called off a training camp in Qatar whose hosting of the 2022 World Cup continues to be a point of discussion, in particular for those who feel that the tournament should be subject to an international boycott: "Professional sport can no longer exist in a vacuum and pretend that is only about the game and the result. If it wants to play the positive, empowering role that the hollow marketing slogans of its sponsors and administrative bodies proclaim, then it must present a morally impeccable model. By avoiding a country like Qatar, for example, where homosexuality is illegal, women are oppressed, and foreign workers are ruthlessly exploited."

February
I wrote about a topic dear to both myself and SA columnist Paul Gardner -- namely, the exceptional treatment for goalkeepers fueled by "the false belief that the goalkeeper has a special status within his own penalty area. As though being allowed to handle the ball wasn't privilege enough in itself, the vast majority of those involved in soccer, including a huge number of referees, seem to think the goalkeeper can charge through opponents with impunity. That the shot-stopper can leap, dive and punch with complete disregard for the safety of the other team."

I also talked about how, as a youth coach, losing can help me more than winning: "For youth coaches, losing may be the most desirable result. If my team plays well and we lose, I’m pleased with the performance and can stress all the positives. If we play poorly and deserved to lose, then we have plenty to work on in training. There's also the obvious life lesson of coping with setbacks and recovering. Winning is the biggest challenge, because it's harder to stem arrogance and complacency, and to make your players understand there’s still plenty to work and improve on." 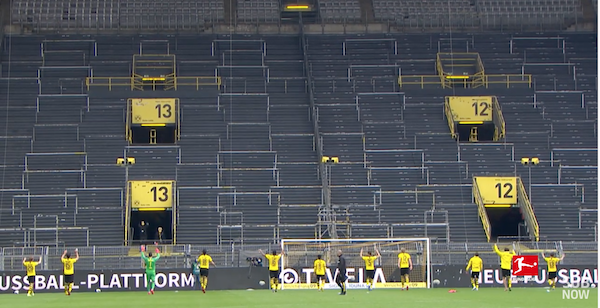 March
As the coronavirus spread, leagues started shutting out fans. Before leagues around the world began suspending play, I argued against soccer behind closed doors  because "the point of sport is not to fill in a table of statistics before an arbitrary deadline at any cost, it's to provide spectacle and entertainment before an involved public audience." I have to admit that, although it took me several months, I've now become used to watching games in empty arenas. I've even started swearing at the television again. And if we hadn't resumed play, hundreds of clubs around the world could have gone to the wall.

Two weeks later, with soccer on hold, I came up with a six-point plan for the game's futurethat included salary caps, a ceiling on transfer fees, a unified global soccer calendar, more exciting and less predictable competitions, and lots of other utopian proposals. There was a lot of it about at the time.

April
I talked to German author Ronny Blaschke about the relationship between soccer and politics following publication of his book ('Macht Spiele') Power Players: Soccer in Propaganda, War and Revolution' (it's nice for you to hear someone else's opinion now and then ...). Among many interesting things he had to say about soccer's geo-political role was the following: "We should use soccer more effectively for social projects. Not with free tickets, donations or vague messages, but with large, expertise-backed departments within a club that seriously question all of its dealings: in which country will we produce our jerseys? Which sponsors do we want to be associated with?" 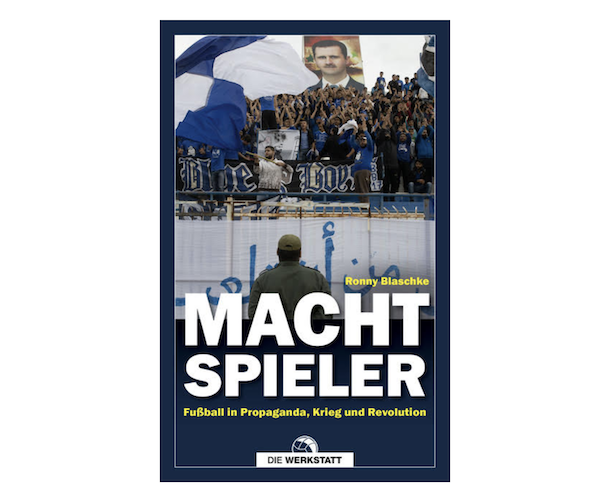 May
Despite much opposition, including my own, early summer found me praising German Bundesliga CEO Christian Seifert for being the first to get a major soccer league back up and running. In the German media he asked a few rhetorical questions: “Should we have waited until there were zero infections? For a vaccine? Or for more favorable numbers in the public opinion polls? I’d like to have heard an answer to these questions from all those who’ve said that starting now was indefensible. I’m not saying that our plan is necessarily the best one – but I’ve yet to hear a single person offer up an alternative. That 36 small and medium-sized businesses are attempting a comeback without any government financial aid - for me, there are worse signals in Germany in 2020.”

June
In summer, standing for the national anthem (or not) was a hot topic. This column reflecting on our freedom to protest provoked my favorite reaction of the year in the comments section: "I am a U.S. Army combat veteran and you are a ****ing asshole." I dined out on that one a lot over the following months. Meanwhile, Swiss prosecutors closed in on FIFA President Gianni Infantino. Watch out for more on this story in 2021.

July
Following a black mark on my refereeing exam, I bemoaned how FIFA had unnecessarily complicated the handball rule making it a challenge to interpret and unfair for defenders. Also, "in my experience, one consequence for the amateur ref has been that every single time the ball touches a player's hand or arm, there is now a loud and demanding chorus from opposition players, coaches and spectators of handball!" The International Football Association Board now looks thankfully set to rescind its ludicrous modification about defenders aiming to make themselves 'unnaturally bigger.'

August
The closing stages of the Champions League and Europa League from the suspended season were played as single games in tournament form, prompting many in the enthused media to suggest this format should become a permanent innovation. I disagreed, because such events exclude the majority of home fans. However, I'm all for single game knockout competitions under certain conditions: "Leagues measure the strongest teams. Knockout competitions nurture chance, luck and surprise, but only if they're not rigged in favor of the international mega-brands. If UEFA and soccer’s newly enlightened pundits truly believe in excitement, then reform these competitions in an honest way -- for the sake of the game, and the actual fans who pay to watch it."

September
Hardly had stadiums in Germany resumed admitting fans than they were forced to shut the gates again. Which prompted me to ask what had happened to the spring discussion about major reforms to the game post-COVID. Talk about a fairer distribution of wealth had been replaced by the usual stories of players like Neymar signing a lucrative new deal with Puma. "Look," I wrote, "I don't (much) blame Neymar and his parasitic agent for following the cash. It's what they do. Puma, on the other hand, could have better spent that colossal $30 million a year by investing it in the sponsorship of, say, women's professional leagues." 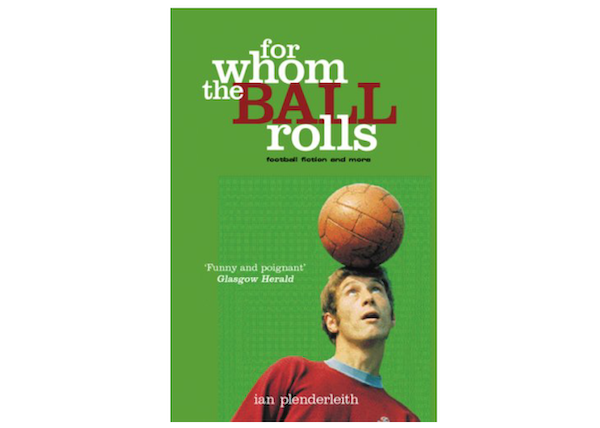 October
It was a topic that continued to pre-occupy us as fall progressed, and fans were still locked out. I mused again on the meaning of soccer played in empty stadiums. "The brief weeks of perspective about soccer's importance at the pandemic's start have been usurped again by the old entitlements taking sport back out of context, and treating it once more like the world should revolve around its particular needs." The comments section quickly evolved into a discussion about the purpose of sporting stats -- nothing to do with the column, but a debate worth having nonetheless.

November
A mixed month. First, Scotland qualified for a major tournament for the first time this century, which lead to me promptly falling back in love with soccer after a testing year. A week later, my call for a revival of the NASL and MLS's 35-yard shootout was roundly spanked, sent up to its bedroom for an early night, and ordered not to come back down. Then Diego Maradona, arguably the greatest player of all time, passed away, but it did allow us to relive the glorious afternoon at the 1986 World Cup when he humiliated an English team determined to hack him down. 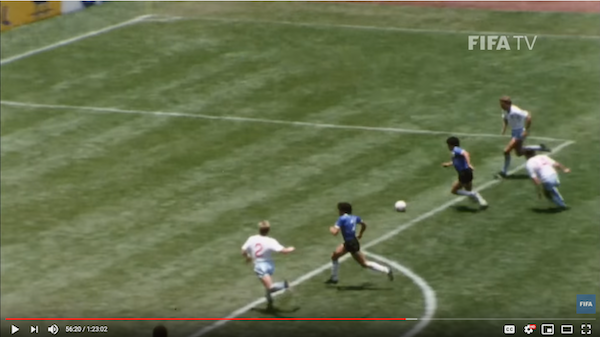 December
Let's conclude with some wishes for 2021:
• stadiums filled with fans again
• wholesale re-think and reform of soccer's financial structures to create a fairer and more level playing field, with significantly more support for the women's and the grassroots game.
• someone else besides Bayern Munich to win the Bundesliga (as long as it's not the tradition-crushing, corporate-controlled franchise that is RB Leipzig).
• Scotland to win the delayed 2020 European Championship (as pigs with wings hover above the trophy ceremony ...).