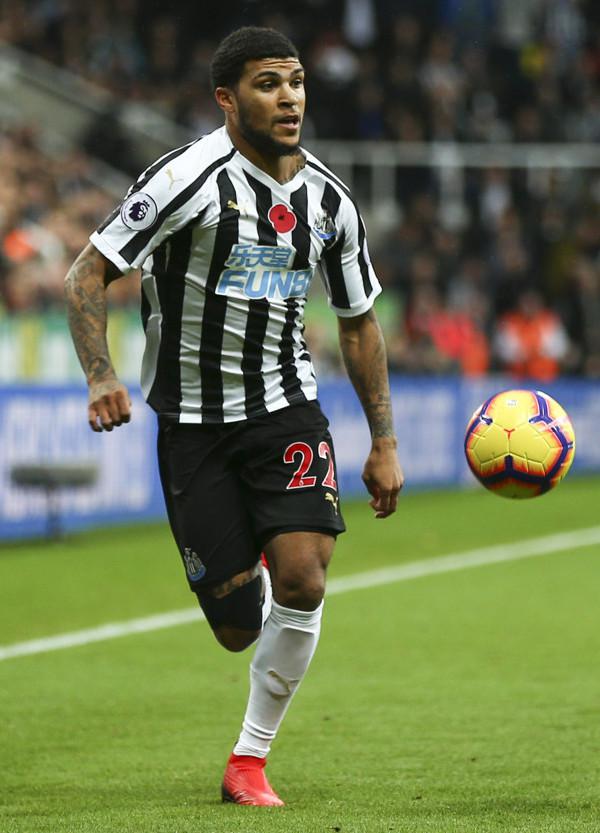 Until recently, those appeared to be the only ways out-of-favor DeAndre Yedlin, who is in the last year of his contract at Newcastle United, might get regular playing time.

The 27-year-old American will still likely be leaving Newcastle after five seasons, but he is enjoying an unexpected comeback with the Magpies.

The writing has been on the wall since the summer when Yedlin started just two games after play in the 2019-20 Premier League season resumed. For the first three months of the new season, he didn't play and rarely even dressed for Premier League matches.

But then December came, and the Magpies were depleted by a COVID-19 outbreak, one of the worst in Europe. Their match against Aston Villa on Dec. 1 was postponed and training ground was closed.

The two players worst affected have been English center back Jamaal Lascelles and French forward Allan Saint-Maximin, who have not played since Nov. 21. Newcastle manager Steve Bruce identified Lascelles and Saint-Maximin as having suffered "damaging effects" of the coronavirus and "struggling for a while with it."

Both right backs ahead of Yedlin -- Spaniard Javier Manquillo and Swede Emil Krafth -- have been sidelined due to COVID-19, and four of the Newcastle's five starting defenders -- Federico Fernandez, Fabian Schar, Manquillo and Lascelles -- have missed playing time because of the virus.

The layoffs paved the way for Yedlin to return to action. He came on as a sub against West Brom on Dec. 12 -- his first league appearance in almost five months -- and started the last three games at right back, including Wednesday's 0-0 tie with first-place Liverpool.

Despite his solid play for Newcastle, which sits in 14th place eight points out of the relegation zone, Yedlin still finds himself in the same position he was in the summer. He is likely to return to the bench when Manquillo is healthy, but he can't leave unless Newcastle lets him go.

Surprisingly, Newcastle held on to Yedlin for the final year of his contract despite having to shell out £2 million ($2.7 million) a year for its third-choice right back.

Turkish club Besiktas was reportedly ready to sign Yedlin in September, but Newcastle wanted a transfer fee. Now, multiple reports suggest he could move to another Turkish club, Trabzonspor, but only if the Magpies let him go without a transfer fee and pay part of his salary.