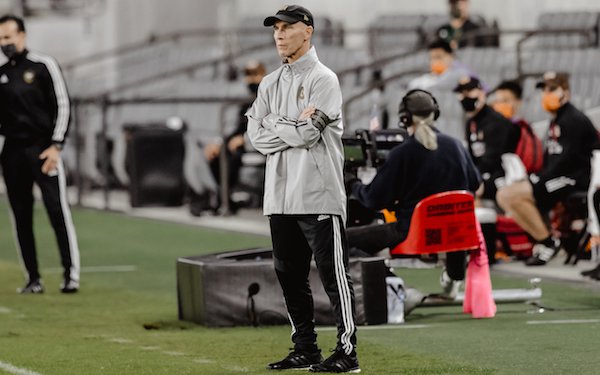 The award will be handed out at the Walt Chyzowych Fund’s annual award ceremony.

“It is a great honor to receive this award from the Walt Chyzowych Fund,” Bradley said in a statement. “I believe in the mission of the Fund and United Soccer Coaches Foundation to provide resources to aspiring American coaches, and I thank Dr. Joe Machnik, Gene Chyzowych Jr, and everyone involved with the Fund for continuing to grow soccer in this country.”

Bradley coached the USA the 2007 Gold Cup title, second place at the 2009 Confederations Cup and the second round at the 2010 World Cup, where it won its group.

He led the Chicago Fire to MLS and U.S. Open Cup titles in its first season in 1998 and also coached the MetroStars and Chivas USA in MLS and well as Egypt's national team, Norwegian club Stabaek, French Ligue 2's Le Havre and Swansea City, becoming the first American to coach in England’s Premier League.

Since joining LAFC in 2018, it has won the Supporters' Shield with a record 72 points in 2019 and finished second in the 2020 Concacaf Champions League.