As the old saying goes, “When life gives you lemons, make lemonade.” That is true in all walks of life, but for young soccer players, it rings especially true. Sometimes you first big break or big opportunity can come at a time when a club is in a bind or is looking for spark. 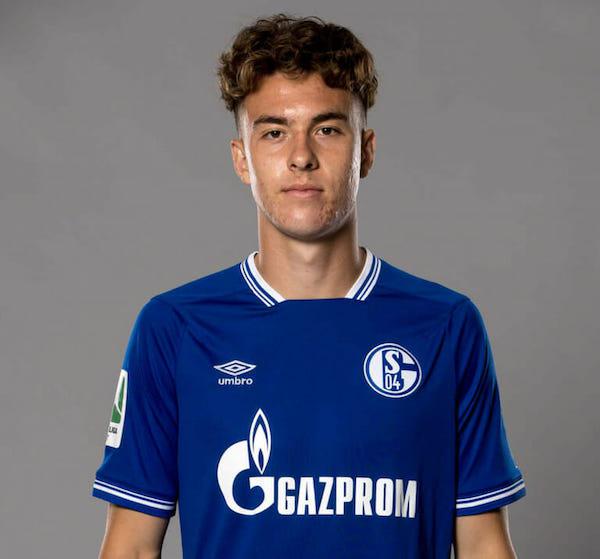 California native Matthew Hoppe, 19, is doing just that as he has taken advantage of a bad situation at Schalke 04 to earn valuable Bundesliga minutes as a teenager.

For just about everyone involved at Schalke these days, it is tough time. The club is on pace to be perhaps the worst club in the recent era of the Bundesliga. Once a historically strong club in Germany and only three seasons removed from a second-place finish, dismal finances at the club have forced the sale of many players. Morale has been low its last win in the Bundesliga was nearly a year ago – January 17, 2020. To be exact, that is a span of 30 games.

Avoiding relegation seems a long shot but as the club is in search of a spark, it has turned to younger players to try to make the difference. Despite having not been a prolific scorer for Schalke’s youth teams, Hoppe made his Bundesliga debut on November 28, 2020 when he was thrown into the starting lineup in a 4-1 loss to Borussia Monchengladbach playing his center forward position. After two more sub appearances in December, Hoppe started last weekend in a 3-0 loss to Hertha BSC where he was lively in the first 20 minutes and was among the team’s better players.

Typically, young players are given chances by relegation-bound clubs to perhaps give them confidence the following season in a lower flight or put them in the shop window for a sale. Hoppe’s rise to Schalke’s first team comes as his contract is set to expire in June. Hoppe’s unlikely to lead a miraculous turnaround at the club but if he plays well, he might get offers to sign for a better and more stable club on a free transfer.

So, while Schalke’s season tanks, Hoppe has a marvelous opportunity to play in one of the best leagues in the world while not necessarily being tied to a club with a bleak future.

“Our situation is not easy. But it's a challenge that we're taking on,” said Hoppe. “We have a good team and are taking steps in the right direction. We have to generate more goals from our half-chances. We need that feeling of victory makes a lot of things easier. We still have a few games to play and will continue our intensive work."

It begs the question how the club turned to Hoppe at a time like this. When observing the ranks of U.S. youth national team players, Hoppe has a reputation of being a very hard worker and one that has a positive attitude – aspects that the club could do well to instill on other young players as it builds a culture for the future. Hoppe has now played for three different Schalke coaches in his four appearances and each has arrived at the conclusion that it worth it to get Hoppe onto the field.

At the end of December, Schalke hired Swiss coach Christian Gross to take over. Less than two weeks after taking over, Gross issued public comments that highlight why the club is keen on Hoppe at the moment.

"This is a boy who has incredible ambition, a great commitment and clearly only has Schalke on his mind," said Gross. "He wants to do everything he can to get us out of this situation, really an exemplary professional. Although he is still young, he doesn't shy away from doing a huge amount of work."

"Of course, he is still very young and there is still a lot missing that will make him a strong striker. But we are working on it."

On Saturday (ESPN+ 9:20 am ET), Schalke will host a struggling Hoffenheim team that has lost three of its last four games. For Schalke to pull off its first win in nearly a year, it will need all players to step up and Hoppe could be in line for more minutes. Hoppe has continued to make the most out of tough opportunities and this opportunity at Schalke is also coming during another tough hand. Hoppe was expected to be a part of the U.S. U-20 team in 2021 but with that cycle was canceled because of the pandemic. Hoppe heads into becoming a potential free agent without being able to participate in one of the world’s most scouted youth tournaments.

For now, however, Hoppe has worked hard and it has paid off in giving him time in the Bundesliga. Hoppe’s future could see him land in a number of different places in 2021. His international prospects are also wide open despite the cancellation of the U-20 World Cup as success in the Bundesliga will open doors and he is eligible for the 2024 U-23 Olympic team.

As with all young players, there are a lot of “ifs” and hurdles ahead. Many young players will fall short of expectations but Hoppe is well ahead of pace and has the chance to put himself on an elite track in 2021.