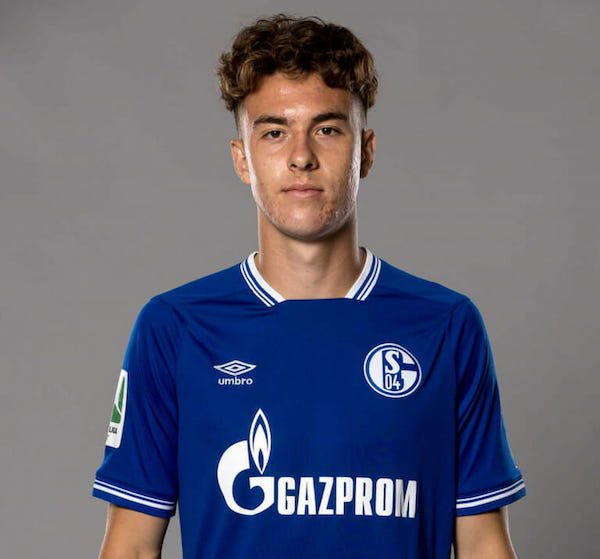 American teenager Matthew Hoppe single-handedly ended one of the most ignominious streaks in all of European soccer with a record-setting performance.

Hoppe became the first American to score a hat trick in the Bundesliga to lead Schalke 04 to a 4-0 win over Hoffenheim that ended its 30-game winless streak. The victory ended Schalke's winless streak one game short of the Bundesliga record set by Tasmania Berlin in 1965-66.

The goals were the first for Hoppe, who is in his second season at Schalke after joining the club from Barca Academy in Arizona.

Hoppe was the top scorer in 2018-19 Development Academy's U-18/19 age group with 29 goals in 20 games but had not shown the same proficiency at Schalke, scoring just three goals in 17 games with its U-19 team in 2019-20 and one goal in 16 games with its second team this season in the fourth-tier Regionalliga before his promotion to the first team.

All three goals came in a span of 21 minutes on either side of halftime on breakaways set up by Amine Harit, who scored the fourth Schalke goal. Hoppe lobbed Hoffenheim keeper Oliver Baumann from the left side for the first goal, rounded Baumann and fired the ball into the empty net for the second goal and beat him with a nifty dink to Baumann's left for the third goal. The hat trick was the first by a Schalke player since Eric Maxim Choupo-Moting in 2014.

“I don’t know how to feel," Hoppe said afterward. "I’m excited, I’m happy that the team got the win and that I was able to contribute to it. It gives some confidence, it gives some momentum. We have 19 games left and hopefully we can keep the wins coming.”

Goalkeeper Ralf Faehrmann, whose shutout was the first for Schalke in 27 games, kept the Royal Blues in the game in the first half with saves on Andrej Kramaric and Diadie Samassekou.

"We had to rely on our outstanding goalkeeper, Ralf Faehrmann, in the first half," Schalke coach Christian Gross said. "He was our rock at the back, saved everything and played brilliantly for the 90 minutes. The team grew in confidence after going 1-0 up – it was a great goal by Matthew Hoppe. We managed to get another in the second half and the second goal helped secure the win. I enjoyed the fact that we played attacking football and we want to carry on like that."

The win moved Schalke out of the basement in the Bundesliga ahead of Mainz and sits in 17th place, three points behind Augsburg, which has one game in hand, and four points behind FC Cologne.
americans abroad
6 comments about "American teenager Matthew Hoppe becomes Schalke 04 hero".
Read more comments >
Next story loading