Upon our golden anniversary, as Soccer America looks back on its coverage from our early years, we found in our early 1970s editions not only names who made news for many years to come, but also the dads of future stars.
* * * * * * * * * *

In 1972, Joe Morrone was three years into a 28-year career as UConn head coach. (His son, Joe Morrone Jr., was the 1980 Hermann Trophy winner at UConn and played more than a decade of pro ball.) 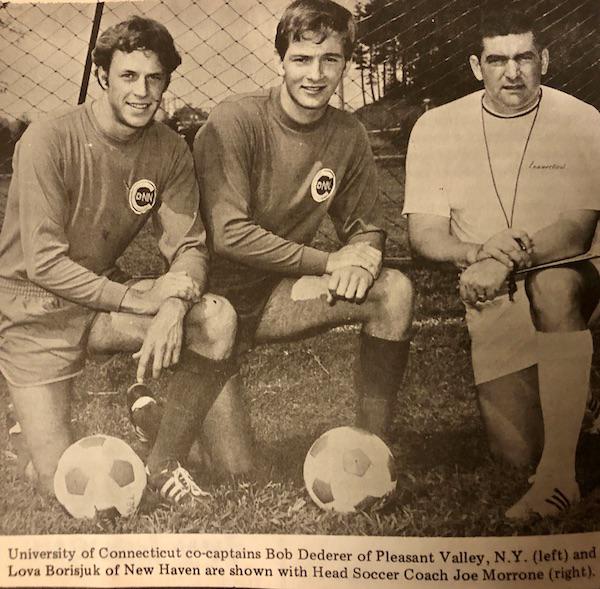 David Hirshey, then New York Daily News sportswriter, covered the New York Cosmos for Soccer America and with an assist from Paul Gardner (in verse) reported on Clive Toye in the article below. Hirshey later served as editor of Esquire magazine and executive editor of HarperCollins Publishing. 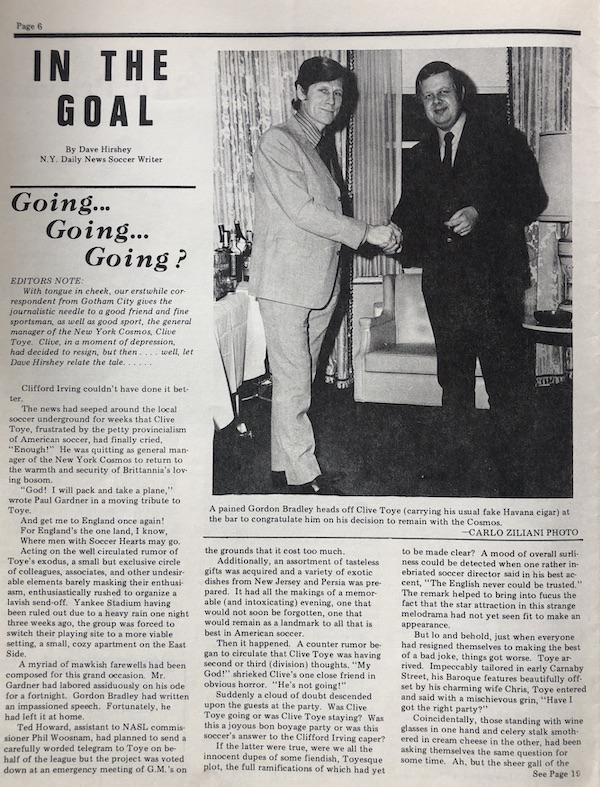 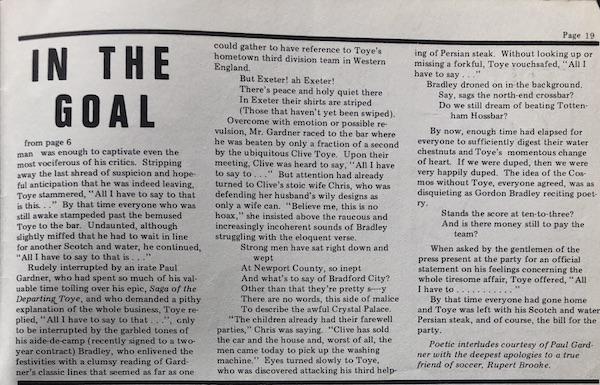 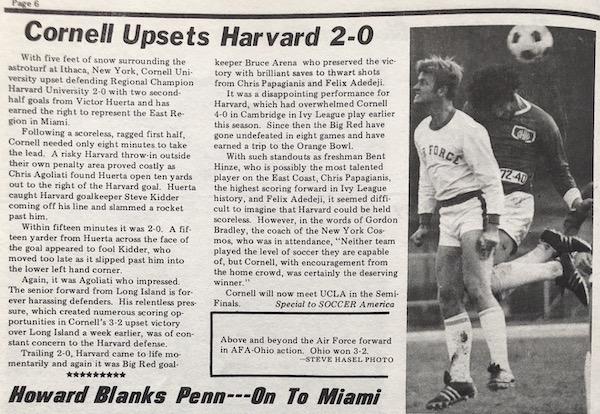 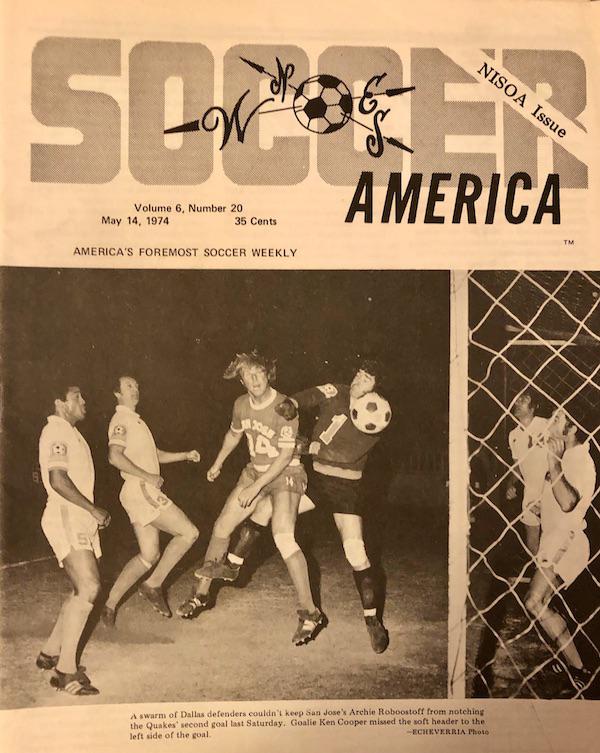 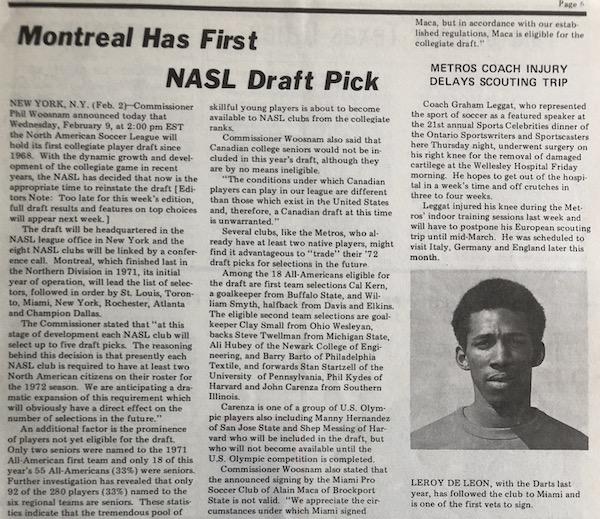 A 1973 cover features Willy Roy, who immigrated to Chicago from Germany at age 6 and went on to star in the NASL, MISL and represented the USA 20 times, scoring nine goals. In 1987-2002, Roy served as head coach of Northern Illinois, where all three of his sons, Willy Roy Jr., Karsten Roy and Markus Roy, played. (Markus Roy was backup keeper to Kasey Keller at the 1989 U-20 World Cup.) 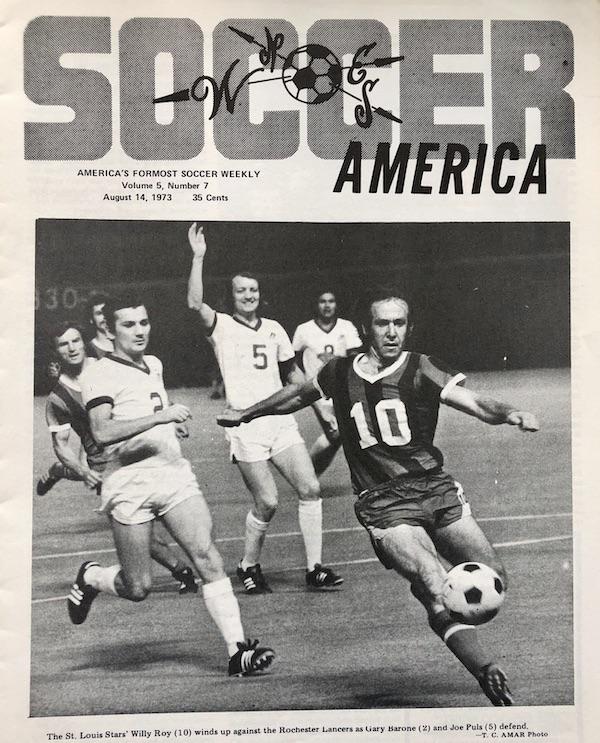 Arnie Ramirez began his college head-coaching career with NYU in 1972 before moving to LIU, where he succeeded Dieter Ficken in 1979 and was at the helm until 1998. 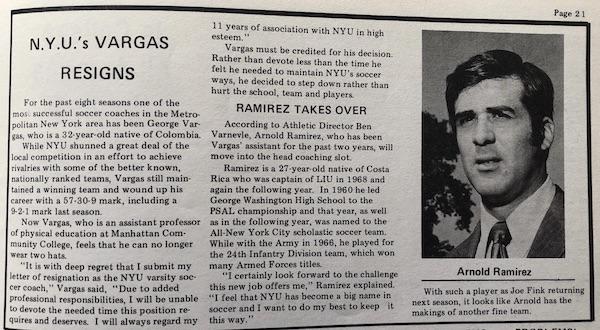