Coverage of Bob Bradley's coaching career documents an odyssey unprecedented by an American coach. After coaching ventures in Egypt, Norway, France and the English Premier league, Bradley returned to MLS and orchestrated the rapid rise of LAFC.

Bradley with Manny Schellscheidt coached the McGuire Cup-winning Union Lancers in the late 1980s amid a college coaching career that included assistant coaching at the University of Virginia with Bruce Arena and a 1984-1995 stint as Princeton head coach. After assisting Arena as D.C. United won the first two MLS titles (1996-1997) and with the 1996 Olympic team, Bradley guided the expansion club Chicago Fire to the 1998 MLS Cup title. 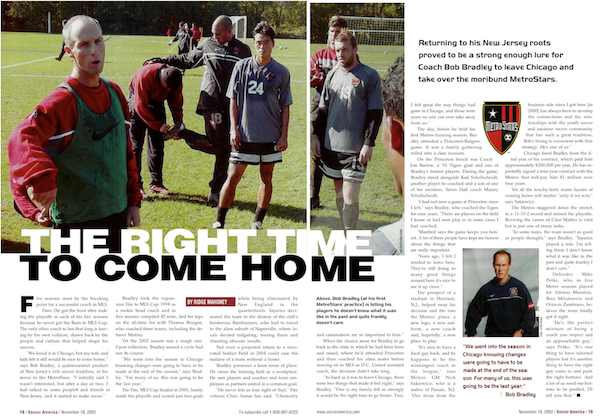 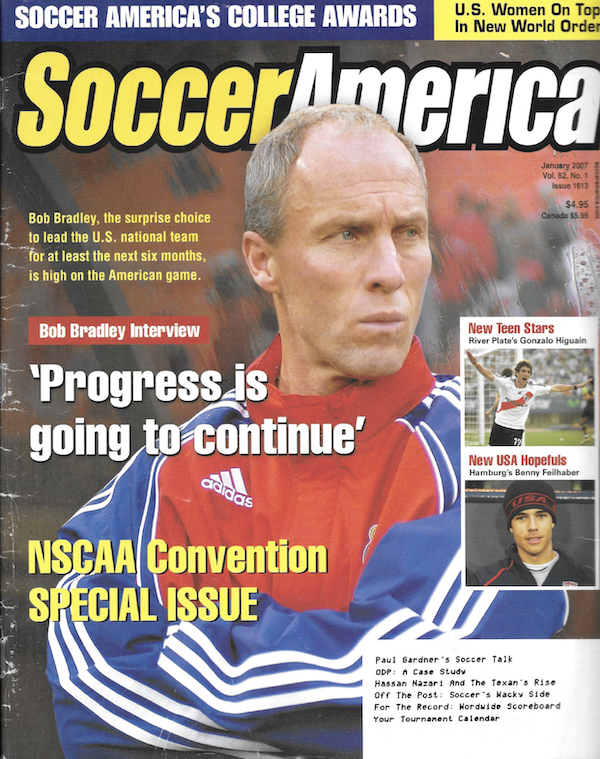 Bradley's tenure as USA head coach included winning Group C at the 2010 World Cup and reaching the round of 16. 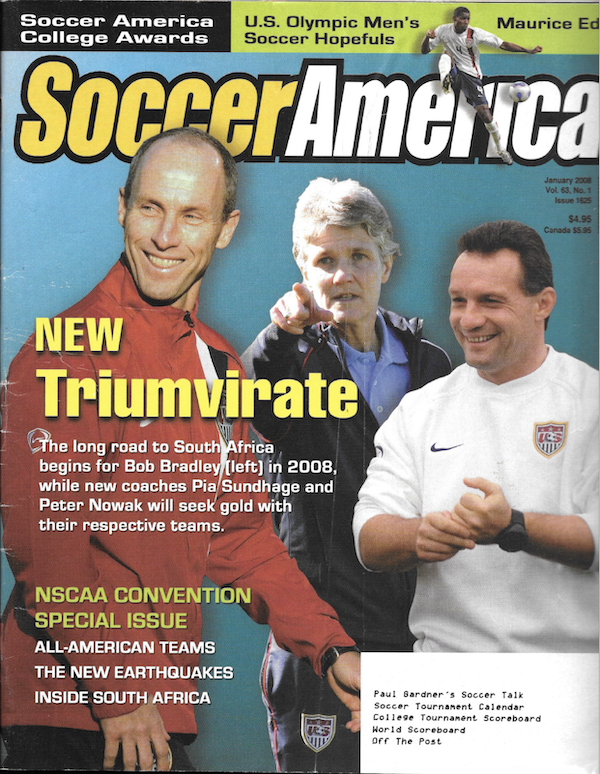 Under Bradley, the USA finished runner-up at the 2009 Confederations Cup after a 2-0 semifinal win Spain, which entered the game as defending European Champion and with a 35-game unbeaten streak.

Bradley, at Swansea City, became the first American English Premier League head coach in 2016 after coaching French club Le Harve, Norway's Stabaek and in 2011-13 the national team of Egypt, which broke out in revolutionary unrest early in his tenure. Despite the suspension of Egyptian league play, he guided Egypt to six straight wins in World Cup qualifying before falling short in a playoff with Ghana. 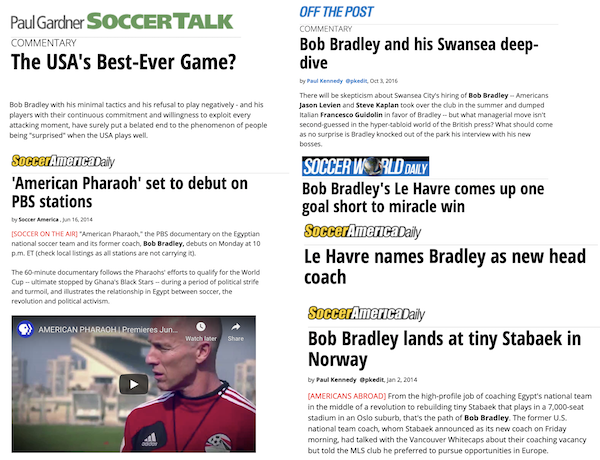 Bradley returned to the USA to take the helm of expansion club LAFC in 2018. He was an emphatic supporter of MLS players' protests against racial injustices in 2020. 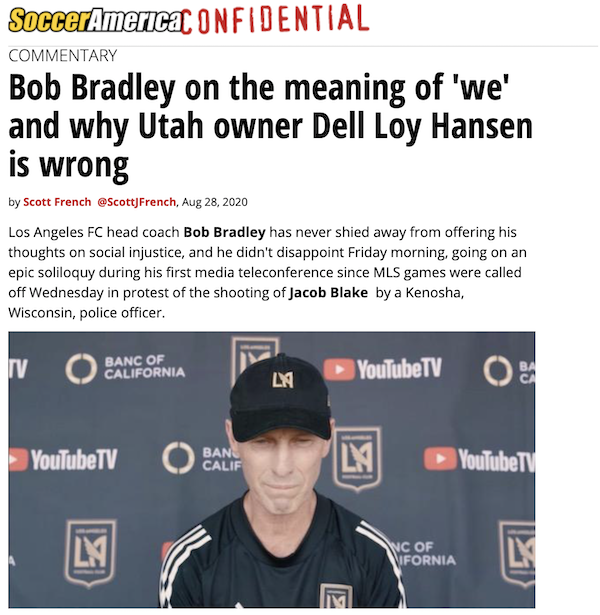