USMNT: Kellyn Acosta buckles down to earn place back in team 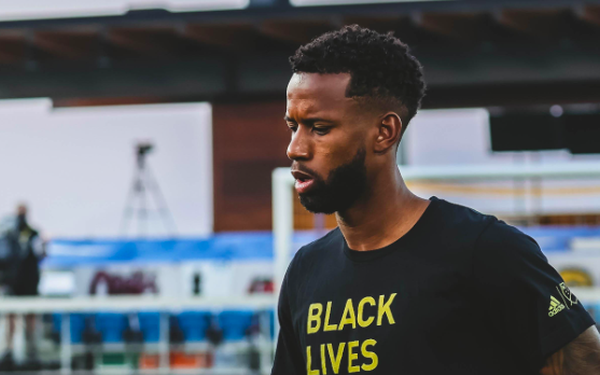 The USA is less than four years removed from the 2-1 loss to Trinidad & Tobago and its elimination from the 2018 World Cup, but just a handful of players who took the field in Couva are still in the program.

One of them is Kellyn Acosta. He was only 22 when he emerged as a box-to-box midfielder in Bruce Arena's team. He started when the USA beat Jamaica, 2-1, to win the 2017 Gold Cup and played in five games in the Hexagonal, including the defeat to T&T.

But Acosta's international career stalled after Gregg Berhalter took charge in 2019. He was dropped when the U.S. roster was pared for a pair of friendlies at the end of Berhalter's first January camp and didn't get back into the team until the camp held in December 2020, a span of more than 22 months.

Acosta, a sub in the 6-0 win over El Salvador, did well enough that he was just one of 12 senior internationals called into the camp underway in Bradenton, Florida.

Acosta was traded midway through the 2018 MLS season to the Colorado Rapids from FC Dallas, where he spent six seasons after starting out in its academy program. The Rapids did not make the playoffs in 2018 or 2019, but things turned around after the hiring of Robin Fraser as head coach, and they reached the 2020 playoffs despite sitting out a month because of a COVID-19 outbreak.

Berhalter was up front about the reasons for not keeping Acosta with team in January 2019: "We had Acosta playing in a position that he has competition in. We felt at the time that the other guys in this position were better suited to play the role than he was."

Berhalter said Acosta's play with Colorado got him back in the team.

‘Kellyn is an example of a guy who was in the initial January camp that we had and then took a while to get back into it," he said when Acosta, now 25, was called into the December camp. "You give him credit for all the hard work he's put in and the strong season that he had at Colorado to earn himself another chance, another opportunity to prove himself at the national team level.”

Acosta admitted no longer being an automatic choice on the national team was a blow.

"It was a definitely a tough spell, at this stage in my career," he said on a media call from Bradenton. "You always want to be included in every camp. It happens. For me, the mental aspect was I needed to buckle down and work harder and do the things the coach asked me do in the previous camp and nail them."

"Details matter at this level," he said. "Just being tactically aware -- positionally, the spaces. Be more patient on the ball, have the ball come to me, find times to be more aggressive -- and be decisive."

Acosta said improving his decision-making will go a long way toward solidifying this position on the national team and help his career.

"With Gregg and Robin, they have similarities in where they see me in the future," he said. "I have been playing as a box-to-box player, in the 8/10 role. I think that position suits me."

Acosta said he has grown up a lot and accepted the advice of Berhalter and his staff.

"I just need to be the best I can be each and every day," he said, "and the rest will fall into place."