Mary Harvey on the crucial connection between sports and human rights

Mary Harvey was used to working with men. The starting goalkeeper for the U.S. team that won the first-ever Women’s World Cup in 1991, and a member of the gold-winning 1996 Olympic team, she’d leveraged her MBA into a successful management consulting career at Accenture and Deloitte, and CEO of a $15 million sports and fitness company. 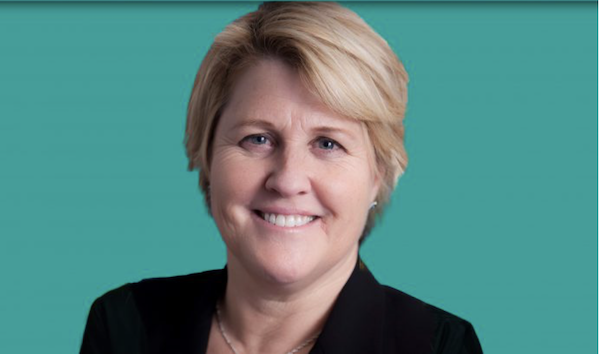 Harvey had worked with U.S. Soccer, too. Since joining the board in 1992, then serving on its Executive, Foundation and Investment committees, she’d earned respect for her performance and achievements.

But when she was hired by FIFA as director of development, she was in uncharted territory. “I was the first woman many of the men had worked with,” the University of California graduate says. “And I was an American. Nationalities play a huge role in FIFA. That’s a lot to unpack there.” It was not easy. Yet Harvey’s tenure there – managing financial assistance and education programs to ensure transparency and accountability; developing women’s soccer, beach soccer and futsal; overseeing sports medicine activities; expanding the U-17 Women’s World Cup; launching a women’s referee development program – made an important mark.

She continues to impact sports worldwide. Since 2018, Harvey has served as chief executive of the Centre for Sport and Human Rights. The Switzerland-based non-profit was founded by Mary Robinson, the ex-President of Ireland and former United Nations Commissioner for Human Rights.

Through the work of the UN’s Universal Declaration of Human Rights and the International Labor Organization, human rights have been enshrined globally, Harvey says. But, she adds, sports is not included anywhere. So what seem to be basic human rights issues – the exploitation of foreign workers building World Cup stadiums in Qatar, say, or the sexual, physical or emotional abuse of young soccer players, or data capture without permission of fans at a major sports event – is not on the radar of some of the most important bodies on the planet.

Nor are human issues well understood by organizations like FIFA, the International Olympic Committee or professional leagues. Part of Harvey’s job is to educate them about human rights issues in sports.

Freedom of expression is a fundamental human right, enshrined in the UN Declaration. But athletes may face criticism or punishment when they express themselves. “Taking a knee” in solidarity with the Black Lives Matter movement is one example, Harvey says, where sports intersects with the larger world.

“We’re not looking to scare people,” she notes. “We want to find practical ways for people of privilege to understand reality. It starts with talking to each other about important issues. I did not always know about human rights and abuses. I’ve learned a lot.” 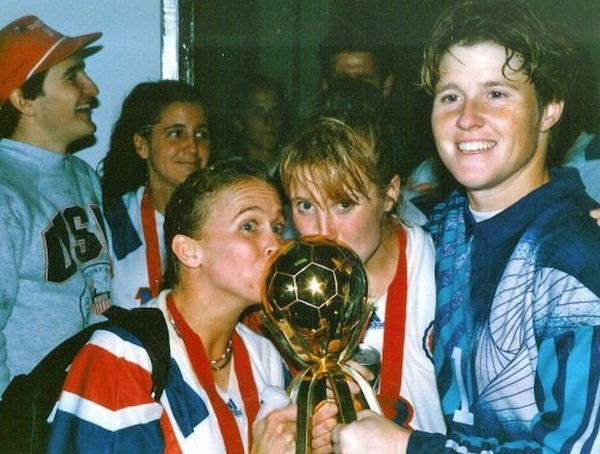 Last week, she described some of those lessons to attendees at United Soccer Coaches’ digital convention Advocacy Hour. Harvey cited three ways that 2020 was a “crazy, unfortunate and momentous” year for human rights in sports.

“Athletes of color and their allies said ‘no longer’ to a world that treated them one way on the pitch, and another way off it. They said, ‘I won’t be told to shut up and play. I have something to say: Things are not OK for me.’” Harvey called them “bona fide human rights defenders.”

In addition, survivors of sexual and emotional abuse took “real risks” to speak up and out.

Third, the pandemic presented athletic organizations with “an unprecedented number of existential decisions” necessarily for survival. The choices they made “could reinforce existing inequalities, or could make sports fundamentally more equal.”

The human rights activist left attendees with one charge: ask themselves, “What can I do?”

Every coach, player, referee, administrator and parent must “be of service to those who suffer in silence, or are marginalized in ways we can’t imagine,” Harvey said.

It’s a long way from saving goals in the World Cup to helping save victims of abuse at the Centre for Sport and Human Rights. But Mary Harvey has always had her eye on the prize.