Brian Schmetzer: 'The smile you see on my face is that I'm happy with the deal' 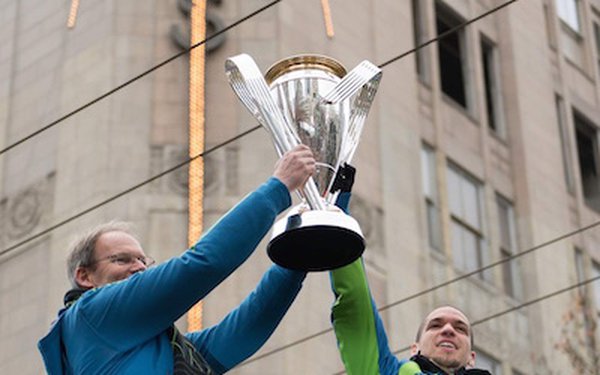 Brian Schmetzer, who goes back with the Seattle Sounders to the start of his playing career out of high school in 1980, will remain with the MLS club.

Despite leading the Sounders to four MLS Cup appearances and two league championships in five seasons at head coach, Schmetzer finished the 2020 MLS season without knowing whether he'd be back in 2021 after his contract expired at the end of 2020.

That uncertainty ended on Monday when the Sounders announced Schmetzer had been signed to a multi-year contract extension.

"Seattle was always my preference," Schmetzer said in a media call. "That's the obvious answer. But there certainly were days where I thought about, 'OK, what if this doesn't happen? What if there is an opportunity that I would seriously consider in another market with a different club?"

The Sounders are the only club at which he has served head coach, first in the A-League and USL-1 and since midway through the 2016 season when he replaced Sigi Schmid as head coach. Schmetzer was the Sounders head coach from 2002 to 2008 before stepping aside and becoming an assistant coach under Schmid for the club's start in MLS.

"Sometimes even the easiest negotiations can have little bumps in the road," Schmetzer said. "But obviously the end result and the smile you see on my face is that I'm happy with the deal, and I'm just glad it's done and thankful we can start moving on."