USA vs. USA? A matchup with many merits for Olympic-bound women

Last week, we learned that Kristie Mewis and Catarina Macario  can score goals against inexperienced players who aren’t in any of the world’s top leagues.

We learned that Megan Rapinoe can still convert a penalty kick.

We learned that Alyssa Naeher and Jane Campbell are equally adept at standing upright for 90 minutes.

And we learned that fans in a county still labeled as a “hot spot” for COVID-19 will still turn up to watch a mismatch on the order of putting Amanda Nunes in the cage against an 18-year-old taekwondo white belt.

That’s about all we got from the two U.S. women’s games against Colombia, a country whose women’s soccer has made little progress since The Equalizer warned of the “risk of regressing,” in Orlando, where an already limited team had to play one game without four of its players because of a Colombia staff member's positive COVID-19 test.


The naysayers on COVID-19 have usually been proven wrong. They said the NWSL, MLS and NBA were foolhardy to try a season in a bubble. They said Major League Baseball and the NFL couldn’t play seasons in which the teams traveled. They said college football would never work during this pandemic. Now they’re saying the Olympics won’t happen, even though Japan is so sharp about containing the virus that it went into full-blown emergency mode and quickly reversed a January “uptick” that peaked at a number of cases the USA would consider miraculously low. 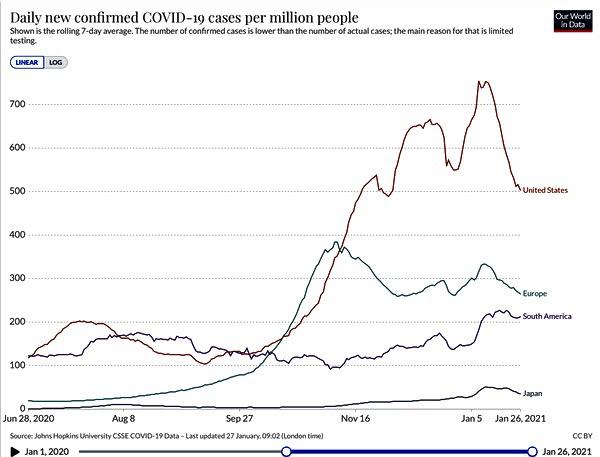 But all of these sports have continued or may continue because their organizers are doing smart things and have the resources to do them. And all of these competitions are meaningful.

Two friendlies against a country that can barely field a team are not meaningful. Why would Colombia travel to a country that is setting the standard for mismanaging COVID-19? Why would fans be allowed at the games? And why must the USWNT continue to keep scheduling games as if they’re the Harlem Globetrotters?

U.S. women’s soccer supporters these days are sophisticated. They tune in to see their favorite players face challenges in England or the NWSL. They don’t need to see the soccer equivalent of Home Run Derby.

They may, though, be intrigued by seeing their team testing each other.

Ali Krieger famously said the USA has “the best team in the world and the second-best team in the world.” The Netherlands, Germany, France, England and a few other countries may beg to differ, and the U.S. women will get better games when Canada, Brazil and Japan visit -- perhaps unwisely, given the COVID-19 risk and the extension of the USA’s travel ban on Brazil -- for the SheBelieves Cup in a few weeks.

“Second-best team in the world” may be an overstatement, but from a pure soccer perspective, a 90-minute intrasquad game would be better than a game against Colombia. Even a matchup of an A or A-minus team vs. a B or B-plus team would be compelling for both fans and coaches.

Instead of trotting out goalkeepers for games that tell us nothing about their ability at this level, we could see Campbell, Ashlyn Harris and Aubrey Bledsoe each get 45 minutes in which they’re bound to face some shots. Macario could get a run at midfield against Julie Ertz. We could see how the long-idle Rapinoe, who needs to prove she’s still capable of starting ahead of Christen Press or other potential candidates, fares against Krieger or Kelley O’Hara. We could see how Emily Fox fares against the deep U.S. attack or whether Andi Sullivan  is fit enough to regain a roster spot in the midfield.

(On a related note: Naeher shouldn’t start a single game at the SheBelieves Cup. She’s certain of a roster spot and surely the starter barring a terrible dip in form. The decision on the No. 2 slot is currently based on nothing but club form -- which would mean Bledsoe, the goalkeeper of the year in the NWSL’s last full season, would get the spot -- and whatever they’re seeing in training. The three contenders should each get a game. And maybe let someone other than Rapinoe take a penalty kick because you know an aging player who already doesn’t run much isn’t going to be on the field every minute in Tokyo.)

“But the starters need chemistry,” goes the counterargument. It’s a legitimate point, but how do other national teams get by without playing all their “starters” with months to go? How do you even know who your “starters” are? Competition for places can and should go up to and even throughout a tournament -- remember the lineup tinkering in the 2015 World Cup that led the USA from an underwhelming start to spectacular success in the semifinals and final.

Would people tune in to see USA vs. USA? Maybe I’m not the target audience, but I think so. Even if not, sacrificing a few viewers would be worth it to give the team a true test under competitive game conditions.

olympics, women's national team
8 comments about "USA vs. USA? A matchup with many merits for Olympic-bound women".
Read more comments >
Next story loading