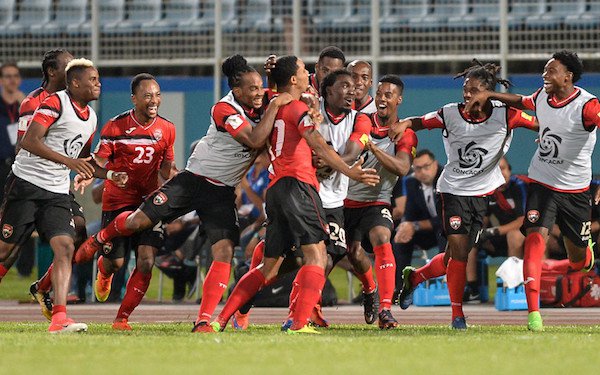 Trinidad & Tobago head coach Terry Fenwick called up 16 foreign-based players, including nine from the United States, for the Soca Warriors' match again the USA on Sunday at Orlando's Exploria Stadium.

The Englishman was hired as T&T head coach in December 2019, but the Soca Warriors have not played a game since he took charge, in part because of the pandemic but also because of Trinidad & Tobago's problems with FIFA.

T&T was suspended from all international activity for seven weeks, covering the October and November 2020 windows, while control of the notoriously mismanaged T&T Football Association, now overseen by a FIFA normalization committee, was disputed in the courts.

League play never resumed in T&T after the pandemic started, so it is no surprise Fenwick will rely heavily on foreign-based players. Of the 23 players he brought into camp last week, just 14 are traveling to Orlando and only half of them are players contracted to T&T clubs.

The nine U.S.-based players include players on an assortment of teams in MLS and the USL. Five were born in the United States: Michael DeShields, Jonathan Jimenez, Noah Powder, Dre Fortune and his brother, 18-year-old Ajani Fortune, who plays in Atlanta United's academy.

The squad also includes two players from teams in Canada (CPL) and Northern Ireland and one each based in Argentina, Guatemala and India.

The team Fenwick will be take into qualifying, though, will likely be dominated by foreign-based players like Kevin Molino and Joevin Jones, who play in MLS but were not called up for Sunday's game.

Two players started when T&T beat the USA, 2-1, in October 2017 to knock the Americans out of the 2018 World Cup: goalkeeper Adrian Foncette and Alvin Jones, who scored the second T&T goal. Jones is a free agent after being released by Real Salt Lake following the 2020 MLS season.