A year ago, Jason O’Keefe  was living a soccer coach’s dream. In four years at Appalachian State, he’d brought the Mountaineers back to their glory days. The 2019 season -- their most successful in 20 years -- included a 1-0 win over nationally ranked North Carolina. His players excelled in the classroom, winning United Soccer Coaches’ Team Academic Award three consecutive years, and in the community, where their volunteer hours ranked them fourth among NCAA Division 1 programs. His 2020 returnees had scored 26 of the team’s 27 goals; nine top recruits were headed to the Boone, North Carolina, campus. But the day after Memorial Day, O’Keefe’s dream turned into a nightmare. 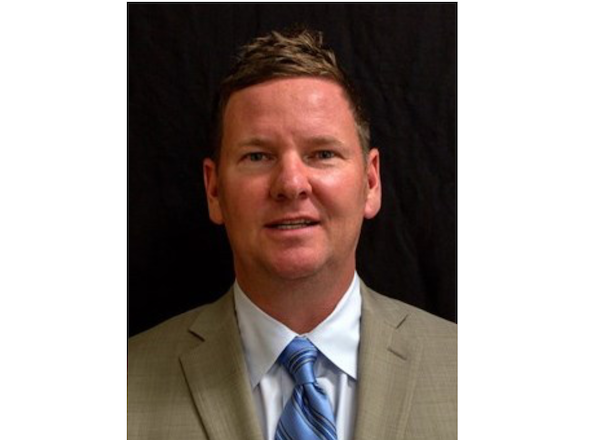 In a terse Zoom call, his athletic director told him the men’s soccer team – a point of community pride since 1962 – was being disbanded. The move, which also included men’s indoor track and men’s tennis, was described as a cost-cutting result of COVID-19.

Though he was suddenly unemployed -- and with a wife and 6-year-old son -- O’Keefe’s first priority was his players. Over the next few weeks, he helped his Mountaineers find new homes. Many transferred to high-level programs, including N.C. State, Evansville, UAB, Syracuse, Louisville and FGCU. The coach is proud that thanks to their Appalachian experience, some landed at places that were not interested when they were high school recruits.

But prospects for another college coaching job looked bleak. In April, the University of Cincinnati had discontinued its men’s program. Across the country, fall seasons were in flux. To remain in the game, O’Keefe knew he had to look elsewhere.

In early August, O’Keefe got involved in a grassroots effort to bring an NPSL team to Boone. “The community was severely impacted when App State ended the team,” he notes. “They always supported us well.” Appalachian FC would be a way for soccer fans to see good quality matches, young players to be inspired, and businesses to stay involved with the sport.

In seven weeks, they sold $65,000 worth of merchandise and seats. “That’s without a coach or a ball,” O’Keefe says proudly.

Suddenly in mid-November, Robert Morris College came knocking. Bill Denniston had retired after 23 years at the Pittsburgh-area school. O’Keefe was recommended highly. “There were about 180 college teams that did not play this fall,” he says, shaking his head. “But they offered me a shot. So here I am.”

With a season starting on Feb. 4 – and the Colonials set to move to the Horizon League -- he had to hit the ground running. Having rebuilt the program at Appalachian State, and with stints as an assistant coach at North Carolina, Wake Forest, Greensboro College, Elon, St. Louis and Cincinnati, O’Keefe was ready. 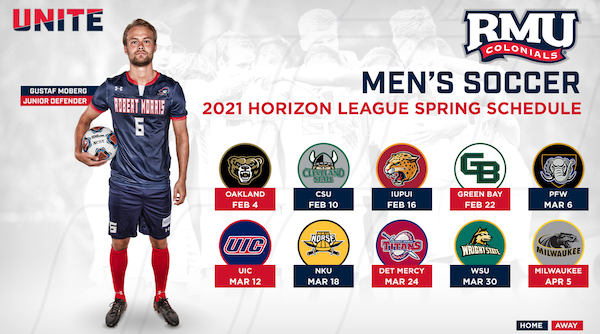 Still, he’d never had to coach during a pandemic. Players trained in pods. Schedules changed frequently. “What you plan on Tuesday may change by Friday. As a coach, you learn to pivot and adapt,” he says of the new normal.

Creating new habits is not easy. Topics on weekly Zoom calls ranged from tactics to off-field standards. It was not until they were all together on campus, O’Keefe says, that some players realized he meant what he said: “If you’re not five minutes early, you’re late.” O’Keefe is excited to be back on the field. He knows not every college coach gets that chance. And he knows more changes lie ahead.

“The loss of [basketball] March Madness, no fans at football games – those have real implications for every athletic department and program. I don’t think we’ll see the full effects until the 2022-23 budget cycle. Right now, we’re all looking to survive and advance.” Things have changed since he began, more than 20 years ago. Now, he says, “I’m as much a CEO of a half million dollar business as I am a soccer coach.”

Yet he is optimistic. “I’ve been a college soccer fan my whole life. I played it, and I coach it. All the things that make college soccer great, are still great.”

They include the chance for young adults to grow and develop at a rapid rate, on and off the field. College coaches run full-year programs; they understand sport science. “I didn’t always make the right decisions when I was 18 or 22,” O’Keefe says. ‘Coaches guided me. They helped me achieve things I didn’t think I could. That’s what college coaches do.”

Nine months ago, he thought that part of his career was over. Now, Jason O’Keefe gets set to kick off a new season, with a new team, in a new league. It’s the new normal.