UWS and NISA align to launch women's pro league in 2022 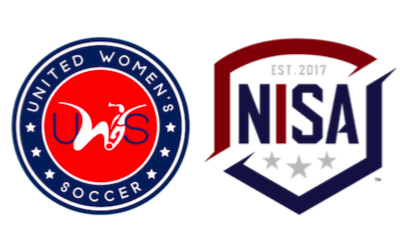 UWS, the national amateur women's league, and NISA, the Division III men's pro league, have formed an alliance with the goal of launching a new women's professional league in 2022.

An overlap of clubs has begun with Detroit City FC and the Michigan Stars, founding NISA members, and the New Jersey Teamsterz, a 2021 NISA expansion club, operating teams in both leagues for the 2021 season.

United Women's Soccer was formed in 2016 with teams from the W-League, the USL's women's league that folded after the 2015 season, and WPSL, which has been around since 1997.

The women's national scene could get more crowded as The Athletic recently reported that the USL hopes to launch a women's league with 30 teams operated by its men’s clubs in the USL Championship, League One and League Two.