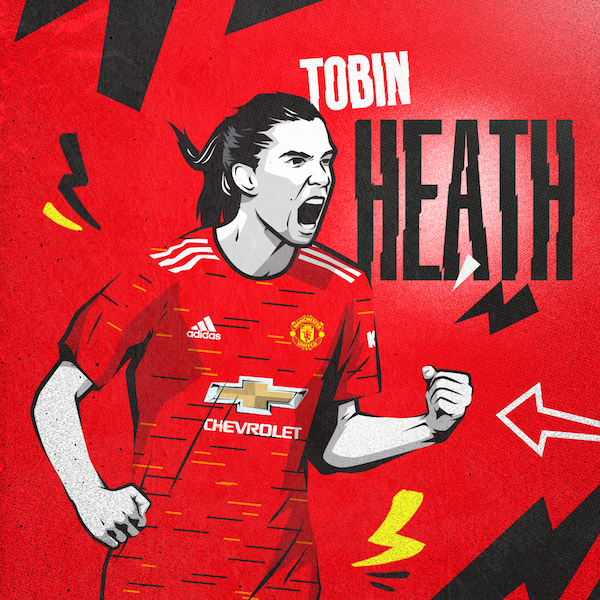 Tobin Heath's ankle injury picked up in training with Manchester United two weeks ago has been determined to be serious enough that she will be sidelined 10-12 minutes.

That time frame will keep her out of the SheBelieves Cup, which begins Feb. 18, and likely the U.S. women's national team's games in the April 5-13 window as well.

"Unfortunately, it is a longer one," United manager Casey Stoney said on Friday. "We are looking at 10 to 12 weeks from the injury. It is a part of the game. She was a big player for us so she is a big loss. But, as all injuries, I always say it is a window of opportunity for somebody else. Disappointing for her but she is still heavily influential in our environment and we will work hard to get her back as safe and as quick as possible."

Heath, a starter on the 2015 and 2019 U.S. world championship teams, has been excellent since moving to the WSL in October. She has scored four goals in eight games for United, which is tied on points with Chelsea for the WSL lead. She skipped the USA's January camp to stay in England.