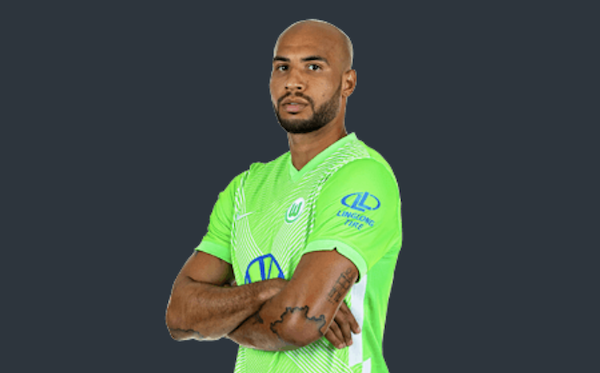 These are certainly exciting times for John Brooks as the U.S. national team central defender enters the prime years of his career playing his best soccer while chasing new career milestones. His career has not always been a smooth ride, but the best moments have been remarkable and the near future should be full of significant opportunities.

Last week Brooks, who was born and raised in Germany and whose father was a U.S. serviceman, turned 28 years old and two days later he scored a goal for Wolfsburg in a 3-0 win over Freiburg. It was the third straight win for the club and it was enough to move Wolfsburg into third place of the Bundesliga. In the midweek, Wolfsburg advanced into the quarterfinals of the German Cup with a 1-0 shutout win over Schalke.

In a somewhat unexpected story, Wolfsburg has emerged as a strong contender to qualify for the Champions League next year and its current third-place standing is largely thanks to the club’s defense led by Brooks. Through 19 games, it has conceded just 19 goals.

For Brooks, this has just been the latest chapter of clubs that have improved significantly under his watch.

It essentially began in 2012 when Brooks made his professional debut for his hometown club, Hertha BSC, when it was in the 2.Bundesliga. He emerged as a starter and promptly helped the club to promotion to the Bundesliga. For the next four seasons, he helped the Hertha remain in the Bundesliga and in 2017, he set a then record price for the transfer of a U.S. international when Wolfsburg purchased Brooks for $20 million.

Brooks dealt with injuries in his first season for Wolfsburg and the club needed a playoff to avoid relegation. But the following two seasons in 2018/19 and 2019/20, Brooks and Wolfsburg made a big turnaround to qualify for the Europa League. A Champions League berth would only complete the turnaround from the relegation battle it was in three years ago.

On Saturday, Brooks and Wolfsburg will visit Augsburg while attempting to win its fourth league game in a row. It is a winnable game but the pressure of high expectations will only intensify in the weeks and months ahead.

The up and down nature of Brooks’ career has been striking in just how highs the ups have been – and how tough the downs have been. He’s dealt with injuries and once, on a particularly tough period, had to sit out in 2014 because he was recovering from having a large tattoo placed on his back.

He has gone through periods when he’s been benched but has typically bounced back quickly.

This last season, however, has been the most consistent, the most injury free, and the most mature stretch of his career.

Wolfsburg manager Oliver Glasner points to the American defender’s improved work eithic as the biggest reason why Brooks has grown this year.

"My experience is that it's difficult to take it easy from Monday to Friday, then find another gear on Saturday," Glasner said of Brooks. "You have to show that power during the week. ... [He's] has taken a big step forward in that respect."

As Brooks is attempting to bring Wolfsburg into the elite levels of German soccer, it comes at a time when the national team is set to embark on a remarkably busy and important 2021. This year will be the first major test for most of the impressive young core that is emerging and Brooks is one of the few veterans on the team left who was part of the last World Cup.

“John is as steady as they come in terms of his personality,” U.S. coach Gregg Berhalter said on a call with reporters in November. “Our job is to let him play how he plays. He’s a physical, dominant player, a very good passer out of the back. The thing I like about John is when the level steps up, that’s where he can step up as well. He’s shown that he can adapt to the game.”

Brooks’ national team career has had some impressive highs. His dramatic stoppage time winner at the 2014 World Cup against Ghana was one of the program’s most iconic moments in its history. Two years later, Brooks was also at a very high level at the 2016 Copa American Centenario when it was hosted in the states.

On the flip side, Brooks struggled at the end of Jurgen Klinsmann’s tenure and he was injury plagued for the remainder of the unsuccessful World Cup qualifying campaign in 2017.

There is every reason to be confident over Brooks right now as his consistency and focus is at an all-time high. The current United States national team has the potential to be exciting thanks to its talented young generation, but Brooks is quietly one of the most dependable veterans. One who could be critical to success in qualifying this year and in Qatar next year.