Nicolas Anelka is honest and loyal, according to Arsène Wenger, his former coach at Arsenal. He is also, Wenger adds, "impulsive." The player himself, and many of his associates and former teammates interviewed in the highly watchable Netflix bio-documentary Anelka: Misunderstood, see that impulsive side as evidence of a strong, principled character who is willing to stand up for himself. Not once does this movie mention Anelka's nickname during his time in the English Premier League -- 'Le Sulk.' 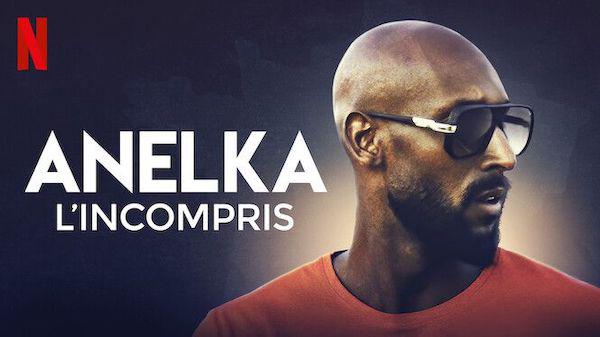 It seems that the days of a retired star contracting a tired hack to write his score-settling autobiography are thankfully over. Instead, we have the 90-minute screen version which -- compared with the time needed for reading a rushed or poorly written book -- will save us four or five hours of our precious lives, with the added bonus of action clips. Plus, how cute are Anelka's kids, right?

"We're talking about one of the greatest strikers in history," says his former French teammate Thierry Henry, somewhat over-hyping the film's subject while talking about their early days as teenagers in the national academy. Anelka's goalscoring stats over the course of his multi-club career don't back Henry's assessment, but he was also the kind of player that thrived in deeper or wider forward roles where creating goals was as much of a priority as scoring them. When coaches didn't recognize his strengths, or mold their teams around his style, he tended to rebel (or, put another way, to sulk).

"Only real geniuses believe in themselves," says former Canal+ director Karim Nedjari, heaping on the cod-philosophical analysis. "It's like van Gogh. If a genius doesn't believe in himself, he can't express his art. And that leads to an attitude that can seem arrogant because you're going to impose your art." Mon Dieu! And I thought it was all about just sticking the ball in the old sac à ognons.

So, what is Anelka's view on all those scandals and rows that dogged his career? Looking back at his move from Arsenal to Real Madrid at the age of 20 (having already enraged his first club, Paris St. Germain, by moving to Arsenal for free at the age of 17), Anelka is still miffed that the ultra-competitive prima donnas in the Bernabeu locker room did not even drop down a welcome mat, let alone roll out the royal red carpet. Also, there was no privacy from the media, who inevitably got on his back when he failed to score a goal during his first five months in Spain. It's surprising that he still seems surprised by all this. Soon after he finally scored in the league, against Barcelona no less, the forward was suspended by the club after refusing to train. He'd fallen out with Coach Vicente del Bosque.

Going on impromptu strikes was an Anelka specialty. Wenger recalls the day that the teenage Anelka was late for the bus before an away trip at Derby County. Wenger tracked him down and found him with his cases packed, about to leave London because he'd had enough of sitting on the bench. Wenger persuaded the young man to get on the bus to Derby, and the striker was subbed in early due to an injury to Paul Merson. Anelka had a great game that day, says a smiling Wenger, illustrating that there are different ways to deal with unhappy players. Did the talent just need a little more peace, love and understanding instead of fines, bans and media vilification?

Anelka is honest when it comes to appraising his own performance on the field. He mentions several games where he did not play well, and accepts that, on such days, the press was entitled to criticize him. "I participated, but I didn't contribute," he says of his role in France's Euro 2000 victory, adding that he doesn't count the winner's medal as one of his honors. Those include two Premier League titles (one with Arsenal, one with Chelsea) and a Champions League victory with Real, where he scored in both legs of the semifinal against Bayern Munich, and provided a pair of assists in the 3-0 win over Valencia in the 2000 final.

Anelka's explanation of the anti-Semitic 'quenelle' gesture after scoring for West Bromwich Albion in 2014 is plausible, and he claims that the exact words of his notoriously profane locker-room attack on French coach Raymond Domenech at halftime of the 2010 World Cup group game against Mexico were not as subsequently reported (the entire squad went on strike in protest after Anelka was sent home). Domenech too appears to admit this in an interview several years later, all adding to Anelka's belief that he's been unfairly represented. Yet he also attacks the French media for criticizing the national team following Henry's illegal but unpunished handball assist against Ireland that allowed France to qualify for that tournament in the first place. Sure, he can understand the reaction of the foreign press, but how dare the French press have a go at their own national team for cheating? As though blind patriotism would have legitimized the goal.

You wait for him to shrug and ask, "Why always me?" There's no need for that, though, because even Anelka, his family, his advocates and his former colleagues know exactly why he fell out with so many clubs and coaches. That is, there's an acceptance and an appreciation in this film of who Anelka is, what he achieved, and how his career was hampered by his own stubborn will and impetuous temperament. The player harbors plenty of grudges, but few regrets, and seems blissfully content in retirement with his young family.

A few years ago I wrote a profile of Anelka for a book on the Premier League's top 100 players. "Easy to admire, but hard to like," I concluded. I haven't changed that view after watching this film. Now, though, I also understand.