Rubio Rubin on being coached by Maradona, Donovan, and his hopes for Real Salt Lake

Diego Maradona took Rubio Rubin aside after practice and told him, "Always end on a good note. Never finish on a bad shot." 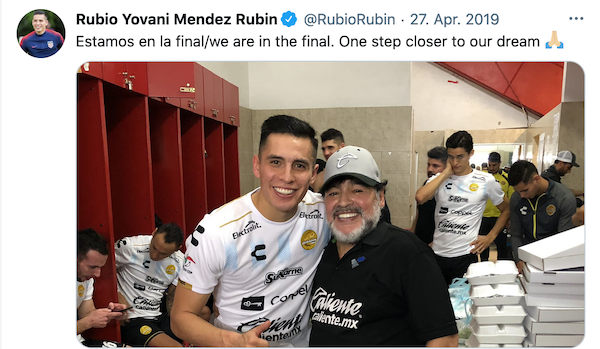 Rubin, an Oregon product, made his pro debut in the Netherlands at age 18. He joined Real Salt Lake for the 2021 MLS season after stints in Denmark, Norway and Mexico, where he was coached by Maradona with Dorados de Sinaloa in 2019.

"That will always stick to my heart," Rubin says. "Always finish practice with the ball in the net. Always end on a good note. I learned that from Maradona."

That's just one example of what Rubin says he's learned since leaving home at age 15 to join the U.S. U-17 residency in Bradenton, Florida.

At the 2015 U-20 World Cup, Rubin scored in the 1-0 win over Colombia that sent the USA to the quarterfinals. Debuting at age 18 in a top-tier European league had been unprecedented for an American product when Rubin did so in 2014 with Utrecht. Three months later, he earned his first U.S. cap, under Coach Jurgen Klinsmann, like Maradona a World Cup winner.

After his Dutch Eredivise debut, in which he assisted in a 2-1 victory, Rubin played 43 games in all competitions for Utrecht. He missed 18 games with an injury that required foot surgery in the 2015-16 season and came off the bench only four times after that. Moves to Denmark's Silkeborg and Norway's Stabaek didn't pan out as hoped. 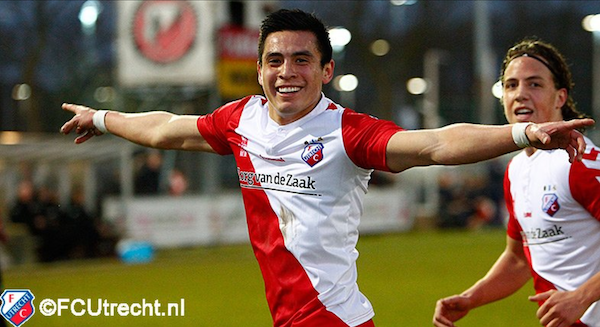 Looking back, Rubin admits that he struggled when he didn't start, didn't get off the bench, or worst of all, was left off the game-day roster.

In 2012, at age 16, Rubin had been named U.S. Soccer Young Male Athlete of the Year, whose previous winners included Landon Donovan, DaMarcus Beasley, Michael Bradley and Jozy Altidore. After years of success and accolades, at age 20, he started dreading having to explain why he wasn't getting playing time.

"I really let it get to me when I didn't make the lineup," says Rubin, who turns 25 on March 1. "Maybe because I was very young, abroad, and on my own, it was hard to handle."

In 2018, shortly before his 22nd birthday, Rubin moved to Liga MX's Tijuana Xolos.

Born in Oregon to a father who had emigrated from Mexico and his mother from Guatemala, Rubin was fluent in Spanish, but when he joined Xolos "it took a little while for me to speak smoothly." He played 21 games for Club Tijuana before the being loaned to Dorados, which played in the second tier of the Mexican league. On his debut, Coach Maradona put Rubin in the starting lineup and he responded with a goal, the first of seven in 42 games along with two assists. In May 2019, Dorados came within an overtime loss of winning promotion to the top tier.

Netflix has a documentary about Maradona's time with Dorados. Like so much coverage of the Argentine who died in November of last year, it focuses on the spectacle. Rubin's account of Maradona conveys a calmer, gentler image of the man.

"He flew into Mexico City where we playing our second or third game of the season and they closed down a restaurant near the airport for us," Rubin said about the first time they met. "We're waiting for Diego, our coach, and people are crowded outside because they knew he was coming. He greeted everyone, a kiss, a hug. It's hard to explain, but in the moment you're just like, goodness, he's in front of me. He's now my coach. For him to put me in the starting lineup was something very special."

Maradona's pre-practice and pregame "speeches" were often stories from his playing career, which Rubin said worked well to inspire and prepare. The practices were extraordinarily competitive.

"Probably the most amazing thing I've experienced, because of what Maradona brought as a person and a coach, was the intensity at practice," Rubin said. "I never experienced anything where training sessions were so competitive. Two days before the game, behind closed doors, guys are going all out, because of his presence on the field. Our scrimmages could be more competitive than the game on the weekend because all the players wanted to impress Diego Maradona.

"I enjoyed every moment I was coached by him."

Being with Maradona in public exposed Rubin to extreme celebrity worship.

"With every step he took, someone was asking for something," Rubin said. "It was shocking. Everybody wanted to shake his hand, get an autograph, take a picture with him. It was beyond anything I'd ever seen. Every single day, every single second he was expected to do something.

"Can you imagine? I have lot of respect for how handled it but we all have bad days where we don't feel like doing something. To see what he went through, I thought, this is actually insane. He showed sometimes that he is human."

The best for Rubin was when it was just Maradona talking to the team in the locker room about soccer.

"When we're sad about his death," Rubin said, "I think about being able to play the beautiful game for him." 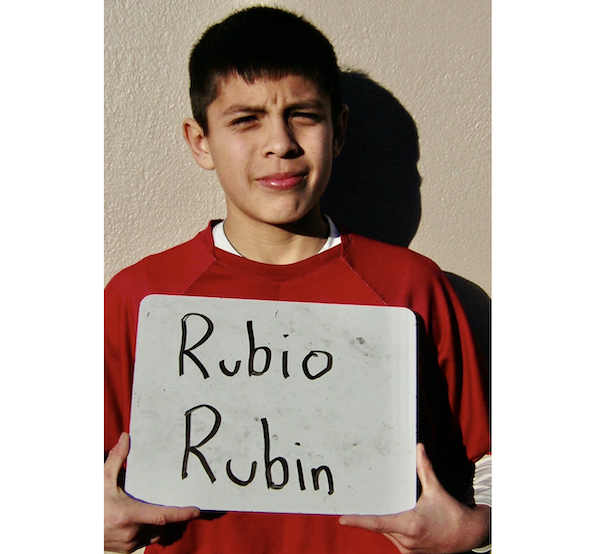 Photo courtesy of Stan Baker, from when he coached Rubin on the Oregon state ODP team.

While playing youth soccer with Westside Metros (now Westside Timbers), club director Cony Konstin recommended Rubin to then U.S. Soccer Technical Advisor Hugo Perez and in 2009 he became part of the U.S. U-14 program under coach Manny Schellscheidt. Rubin played with the U-17s under Wilmer Cabrera, a former Colombia World Cup player, before moving on to the U-20 team coached by another former World Cup veteran, Hall of Famer Tab Ramos. Rubin played for yet another former World Cup player after his stint with Dorados ended in March 2020, joining the Landon Donovan-coached USL Championship club San Diego Loyal. Rubin scored seven goals in five games for the Loyal.

"It's kind of a crazy story," Rubin says. "I first met Landon when I was in Norway at Stabaek and he was visiting for reasons I can't remember exactly. Two years later, when he came out of retirement and joined Leon, I was with Tijuana, we're in the same game, playing at Leon, but both on the bench. After the game, we exchanged jerseys -- or at least he gave me his jersey -- which is cool because he's the best player to ever play on the U.S. national team.

"He's such a great coach. I learned so much from him. With his and the coaching staff's belief in me, it really helped me put my head down, focus on scoring goals, getting assists and helping the team do well." 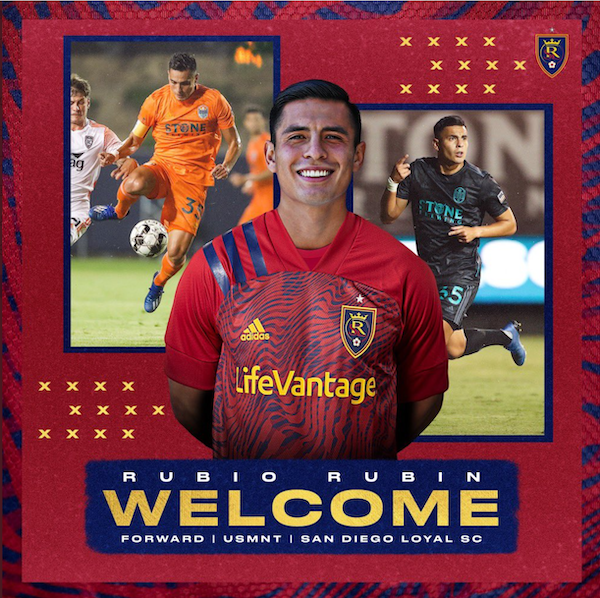 Donovan bringing Rubin to the San Diego Loyal turned out to be another stage in his development that Rubin appreciates, and the perfect path to MLS.

"The beautiful thing about growing up and being human is you learn to mature," says Rubin. "Now, at Real Salt Lake, obviously I want to start, I want score a bunch of goals to help this team win. I want to get back on the national team and do great things for my country. But I now feel better prepared to handle situations when they don't go my way, to know how to grow from setbacks, and to play whatever role necessary to help my team.

"I definitely have a different view about how I see my career now and I'm so happy for that."

mls
5 comments about "Rubio Rubin on being coached by Maradona, Donovan, and his hopes for Real Salt Lake".
Read more comments >
Next story loading