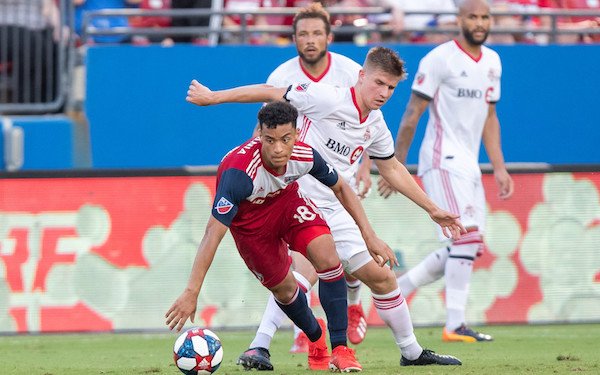 Servania, 21, joined St. Poelten on a short-term loan following a training stint with the club during which FC Dallas teammate Edwin Cerrillo also took part. They had trained at Bayern Munich in January 2021 as part of the development partnership FC Dallas has with Bayern. Servania, who hails from Alabama, has played 32 games in two MLS seasons and made his U.S. senior debut a year ago.

Booth, 19, was playing for Bayern Munich II, which agreed to loan him to St. Poelten for the rest of the 2020-21 season. Considered one of the top midfielders in the U.S. youth pool, Booth signed with Bayern Munich in 2019 after playing in the Real Salt Lake academy program.

St. Poelten is eighth in the 12-team Bundesliga, where two other Americans -- Brenden Aaronson (Red Bull Salzburg) and Andrew Wooten (Admira Wacker) -- arrived from the Philadelphia Union in January.