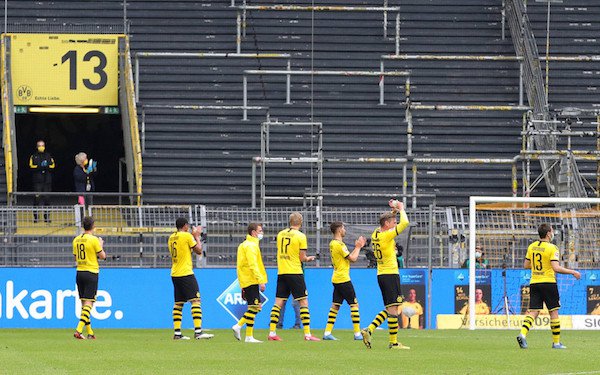 The Covid-19 pandemic is still raging the world although there is light at the end of the tunnel. How did the pandemic affect the soccer world, this is what we will briefly summarize in our article.  Most of our examples will be from Europe since the bulk of the soccer business is in Europe as well as the major competitions.

The first question to ask is the impact of the pandemic on the field. Since the pandemic started, most if not all major soccer competitions were played without any spectators or with very limited number of spectators. How did this affect the home win/loss ratio and goals scored?

There couldn’t have been a better social lab setting to test the effectiveness and influence of spectators on the performance of the players and officials than what happened during the pandemic. First of all, the sample was big enough to reach conclusions. “The experiment” was done in several leagues, several cities and several countries.  Now we can see whether and how much both the positive influence – songs, cheering etc. – and the negative influence – booing, whistling and unfortunately in some leagues physical threats via missiles, etc.  – have on both teams and the officials when the game is played without the influence of spectators.

One can also see whether the home-field advantage (thanks the spectators) on the results of the game is an urban legend or not. CIES has done an extensive research on home wins without spectators.

The data for teams in 66 top divisions worldwide are available in this report. “At the level of these 66 leagues, the percentage of home wins has decreased from 45.1% between January 1st 2019 and March 31st 2020 to 42.0% between April 1st 2020 and January 18th 2021.  Generally speaking, this finding shows that the lack of fans negatively impacted teams playing at home. Nevertheless, the latter still are at an advantage as they continue to win 1.32 more games than clubs visiting them”

How about goals scored per game during the pandemic? Did the pandemic and games without spectators have any influence on the goal scoring side of soccer?  It looks like it does.

The empty stadiums brought an increase in goals in three of the five top leagues in Europe. Bundesliga kept the same goal average whereas Liga goal per game average dropped. One can conclude that in stadiums without fans the number of goals per game increased substantially. “The goal spikes across Europe certainly suggest there is a cause behind the effect. In the Premier League, VAR has chalked off more goals than handed them -- mitigated with penalty awards. So, the common denominator across the leagues is playing behind closed doors or with vastly reduced attendances.”

The last Champions League and the Europa League games (2019-2020) beyond the group stage (quarterfinals and forward) were played in empty stadiums and in a single venue. Single-game elimination series took over home-away series in the last stages of the UEFA Leagues during the pandemic.

The quarterfinals and semifinals of the Champions League (2019-2020) witnessed 26 goals in 6 games (average of 4.3 goals per game). Whereas the average goals per game in the quarterfinal and semifinal games of the 2018-2019 and 2017-2018 seasons of the Champions League were 3.92 and 3.67, respectively. One can attribute this increase in this year’s format to the nature of a single-elimination game, but one should consider the effect of games behind doors. Although “UEFA president Aleksander Ceferin says the single-game knockout format, used in the Champions League this year from the quarterfinal onwards, has produced more exciting football than the usual two-legged games and could be revisited in the future,” one should not forget the psychological impact of playing behind doors. This impact is a positive one in terms of goals scored. Maybe the pressure of the fans in the stadium onto the players create a stressful environment where players miss more chances or create less chances than in a game without spectators. This is a fruitful research area for sports psychologists.

Even IFAB had to change the substitution rule to accommodate the very dense schedules that were triggered by the pandemic.

Definitely playing in stadiums without fans created a less biased and fairer environment for the visiting teams, but it has also shrunk the soccer business volume considerably by depriving clubs from matchday and related broadcasting revenues.  Coupled with shrinking global academy the soccer world was hit hard financially by the pandemic.

Deloitte has published its annual Football Money League report. This year's report is the first that will take into account the financial impact of the Covid-19 pandemic. According to the report, the top 20 clubs generated a combined $9.39 billion in 2019-20, down 12% on the prior season ($11.2 billion). The 20 Money League clubs consist of top five European league clubs plus FC Zenit of Russia.

The decrease of $1.81 billion dollars is explained by the report as:

Football Money League report estimates that this year’s Money League clubs will have missed out on over 2.42$ billion in revenue by the end of the 2020/21 season, including amounts foregone in respect of 2019/20, as a result of the COVID-19 pandemic, primarily due to:

So the soccer “industry” is really hit hard by the pandemic. Although we do not have access to exact MLS figures, MLS lost close to $1 billion dollars in 2020. Considering the size of the top 20 clubs of the Money League, MLS was hit far worse than its European counterparts. Soccer America reported U.S. Soccer also lost a lot of revenues from not playing national team games and had to cut down on a number of projects.  “Revenues dropped from $105.2 million (budgeted) to $48.2 million (projected), a drop of more than 54 percent.”

One has to learn from one’s traumas, failures and mishaps to be able to look into the future. The pandemic should be over by the end of the year. We should analyze what happened during the pandemic and learn from what we experienced during this unfortunate era of our game. If nothing else, there is plenty of data to kick-off important research in sports science, sports sociology as well as sports economics.

Ahmet Guvener (ahmet@ahmetguvener.com) is the former Secretary General and the Chief Soccer Officer of Turkish FA. He was also the Head of Refereeing for the Turkish FA. He served as Panel member for the FIFA Panel of Referee Instructors and UEFA Referee Convention. He now lives and works as a soccer consultant in Georgetown, Texas.