Bryan Turner on understanding the pressures faced by teenage athletes

Bryan Turner  remembers all the times he was told he was not good enough. 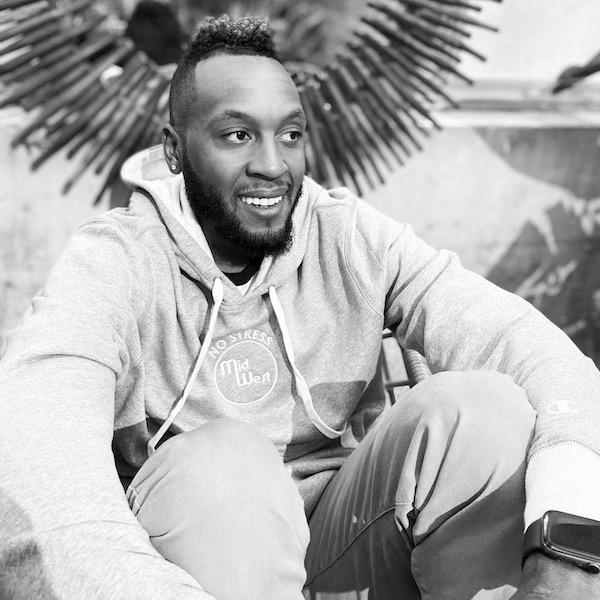 He was cut from a club in California, because he said he only played up front. He went to work, and learned every other position. The next year, he made the team.

After moving to New Jersey, he was cut again. “You didn’t stand out,” a coach said. Turner went right back to work. At tryouts a year later, he scored three goals and had three assists. His standout performance earned him a spot on the squad.

Turner loved everything about soccer. He moved often with his mother, a project manager for tech startups. Though he was the only Black player on many teams, the game helped him make friends everywhere.

But constant travel every weekend, to games and tournaments up and down the East Coast, burned him out. As a high school senior, he turned down offers from college coaches. Turner headed to North Carolina A&T State University on an academic scholarship, to study engineering.

He soon realized he missed soccer. The historically Black school did not even have a team; the only people who cared about the sport, he says, were foreign students.

“I had no teammates. There was no competition to look forward to,” Turner says. So he turned his competitive nature to his classwork.

After graduation he joined Honeywell for three years, then as a civilian contractor for the Navy for two more, working from home.

In 2018 the contract ended. He was 28 years old, and had to figure out the next step in his life.

A few months earlier he’d been hired as head boys coach at Blue Valley North High School in Overland Park, Kansas. He realized that getting another office job would mean not committing himself fully to the team. Not coaching on his own terms would not be fair to his players, or himself.

“I went for coaching full time,” Turner says. “I had no other plan.”

He was named girls coach at Blue Valley North too. The same year, he started No Stress Midwest.

The name refers to the training environment he wants to create: customized for individual players, small groups and entire teams, with high standards and hard work, but the acknowledgment that teenage athletes face many pressures off the field that trainers must understand.

No Stress Midwest began while COVID ravaged the country. Turner saw that many players struggled academically. So he added a tutoring component, using former student-athletes who are licensed teachers. “They do more than tutor,” he says. “They know the stress of trying to fit in school, practices, games, social life – you name it.”

Turner developed a fact sheet, listing the limited number and amount of college scholarships available. He does not want players to feel burdened by the unrealistic lure of Division I. Instead, he strives for an environment – on the field and in tutoring sessions – where players feel comfortable. That’s the best way, he says, for them to excel. 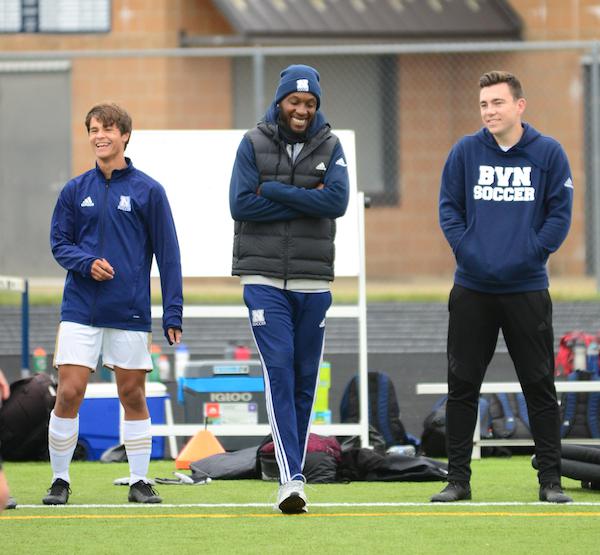 Turner paraphrases José Mourinho: “I treat every player the same. But I treat each person differently.”

Last August, Turner added a podcast to the No Stress Midwest mix. He’s educating listeners – and he’s learned a lot himself too.

His first season of eight guests included no women. After a friend chastised him, he devoted his second season to women’s soccer. Guests included top professionals. “They were bad-ass,” he says admiringly. “That got me into the NWSL. It was a facet of the game I hadn’t been involved with. It opened my eyes wide.”

Each podcast season has a theme. Coming up: Black excellence, followed by soccer entrepreneurs, then coaches.

Underpinning all Turner does is his desire to be the best coach possible. He knew nothing about United Soccer Coaches – the 30,000-member organization covering youth through pros – until someone told him about the 2019 convention. He went to four or five sessions a day in Chicago, and earned high school and advanced youth diplomas.

The next year, in Baltimore, he attended some of the social events. “Walking into the suite for the Black advocacy group, seeing more than 100 Black coaches, was so powerful,” Turner says. “Growing up, I’d never had a Black coach. I had coaches who were great role models, but I couldn’t relate to them in terms of race.” His goal is to be “that coach I never had.”

At the high school coaches events, he meet leaders like Rusty Oglesby, Greg Winkler and Howie Putterman. All encouraged him to take an active role in the association. He reached out United Soccer Coaches director of coaching education Ian Barker. They talk at least once a month.

Last month, Turner was a co-host for United Soccer Coaches’ virtual convention. He previewed upcoming events, chatted about soccer with Barker and others, and served as one of the organization’s public faces. When Brandi Chastain interacted with him on Zoom, he was thrilled.

“I watched her take off her jersey when I was younger. Now I was conversing with her. I thought, ‘And I was supposed to be an engineer!’ That just affirmed that my decision to leave the corporate world was the right one.”

Turner’s goal is to coach at the highest level possible. “I’ve been told I can’t be an MLS coach because I don’t have enough playing experience. But I was told I didn’t stand out when I was younger, too. I like when people doubt me. That motivates me.”

He is motivated by more than pride. “There are no Black head coaches in the NWSL, or in the (U.S. Soccer) national teams program,” he says. “There are only two in MLS. This is 2021. We can’t just talk about how far we’ve come. We have to open doors. I want to help.”

Turner is part of a cohort of young coaches, ready to make their mark on the soccer world. His generation “will bring hope and change,” he says. “We’ll be in positions of power soon. We know women have been treated unfairly, especially at the national level. We can create exponential growth in the game in fairness – race, gender equity, everything. As we rise through the ranks, the tide will turn. I’m ready to ride that wave.”