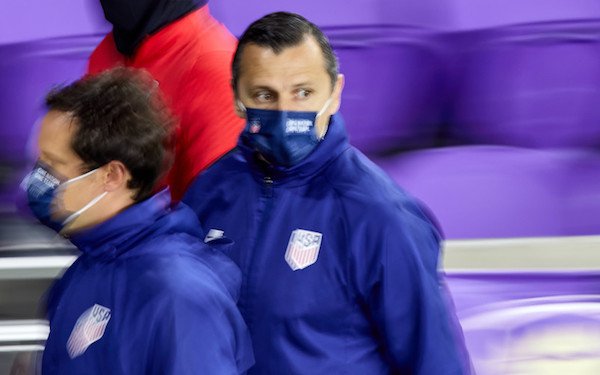 The SheBelieves Cup presents as close to a perfect test as the USA can get these days to prepare for this summer's Olympic women's soccer tournament.

Three games in seven days in Orlando will be the same as the schedule for the Olympic group stage in July.

Two of the three opponents are Olympic-bound: Canada, the Concacaf runner-up, and South American champion Brazil. The third opponent was supposed to be Olympic host Japan, but it pulled out because of COVID-19 concerns and was replaced by Argentina, which hasn't played an international match in almost 15 months.

COVID-19 issues continue to impact the international scene heavily. The USA is better off than France, which had to cancel the second edition of the Tournoi de France because two teams, Iceland and Norway, withdrew.

The only other notable absences for the USA are forward Tobin Heath, who was injured in training at Manchester United and is likely out for a couple more months, and Sam Mewis, who was injured in the USA's game against Colombia on Jan. 22 and is rehabbing at Manchester City. Kelley O'Hara is on the U.S. roster but is listed as questionable with what U.S. coach Vlatko Andonovski described as a "bump."

Still, the USA has plenty of options on the 23-player roster, giving Andonovski plenty to evaluate as he works to get down to 18 players for the Olympics.

“There will be a mixed approach,” he said. “We will try to figure out consistency with certain players or certain groups of players, but also we’re going to use this as an opportunity to evaluate players individually in connection with other players on the field or a couple of players even in different spots.”

Andonovski has had the first chance in 2021 to work with backup keeper Casey Murphy and forwards Christen Press and Alex Morgan, who had to sit out the January camp because of the national team's COVID-19 protocols after she and her family tested positive during the holidays.

“One thing about her now in camp that makes us all very excited and makes us very happy is that every day she’s done better and better,” Andonovski said of Morgan. “[She’s] literally progressing from training to training. So she’s very close to or moving in a direction to be the best version of herself.”

Thursday's opener will be the first meeting between the USA and Canada since the 2020 Concacaf Olympic qualifying tournament, where the USA won, 3-0, in the final to improve its record against the Canadians to 50 wins, seven ties and just three losses in 60 games.

The nightcap at Exploria Stadium will mark the Canadians' first game under new head coach, Bev Priestman. Besides Buchanan, Lawrence and Huitema, Priestman is without veterans Christine Sinclair, Diana Matheson and Erin McLeod, who are all injured. She will be working with a young team that includes five U.S. college players and two high school players. The rest of the Canada squad is evenly split between players based in the NWSL and Europe.

“I think obviously coming into this tournament, it’s not how I originally imagined how my first tournament would be, in particularly playing No. 1 in the world,” Priestman said. “But I sort of talked to the fact that it’s a great opportunity for anybody to step up and try a get their name on that Olympic roster."

“Our mentality, our approach is not changing,” Andonovski said. “But our strategy may change in terms of how we’re gonna defend now since [Sinclair] is not there or how we’re going to attack since Kadeisha Buchanan is not there."