Ten years after he joined organized soccer, at age 7 with the YMCA Strikers in Wilmington, Delaware, goalkeeper Bryheem Hancock  played for the USA at the 1997 U-17 World Cup in Egypt against Brazil -- whose lineup included future superstar Ronaldinho. During his all-American college career at UConn, Hancock lifted the 2000 NCAA D1 title. After pro ball with the Atlanta Silverbacks and Toronto Lynx, Hancock served as University of South Florida assistant coach from 2006 until moving north to Virginia and becoming head coach of Radford University in 2017. In November 2020, Hancock took the head coaching job at UT Rio Grande Valley, one of only four D1 men's soccer programs in Texas. 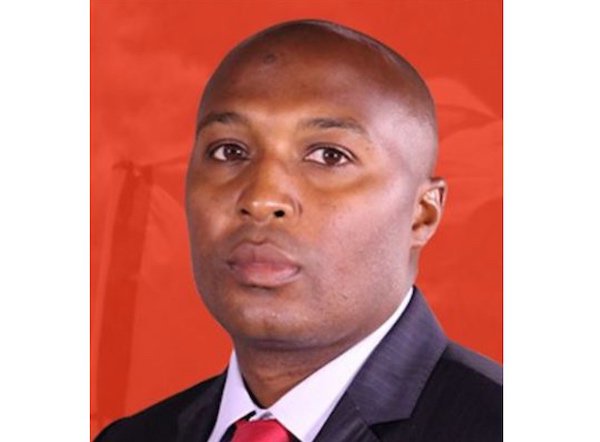 SOCCER AMERICA: What do you remember about playing against Ronaldinho?

BRYHEEM HANCOCK: Ronaldinho Gaucho! A special player. He was exciting. He was just ahead of everybody. It was honor to be on the field with him and then follow his career knowing how tough it was to play against him. I knew about him before the game in Egypt, because we played a warmup match against Brazil in Macon, Georgia (a 1-0 Brazil win). He stood out above everyone else, for sure.

SA: I'm checking out the boxscore of that game in Alexandria on Sept. 8, 1997. Your teammates included Taylor Twellman and Danny Califf. There was a crowd of 20,000. Brazil won, 3-0, after you held them off for 66 minutes. It also says you got a yellow card in the 90th minute. What for?

BRYHEEM HANCOCK: For stepping outside of the box [laughs]. I've always claimed I never did that, but the linesman put his flag up, I argued with the center official, and that never goes well. So I got a yellow for it.

BRYHEEM HANCOCK: I started playing because my older brother played. When I was 4 and 5 years old, I would go to his games and at halftime I'd get on the field and shoot at goal. From there I fell in love with it. A parent who had a son at a different field saw me out there and spoke to my mother about an opportunity to play competitive soccer. I ended up with the YMCA Strikers after going to a tryout. Later on, I played for Delaware FC.

I started watching soccer whenever I could and became a big fan of Manchester United, watching Ashley Cole, watching Dwight York -- names like that really turned me on to the love and passion for the sport.

SA: Did your parents have a soccer background?

BRYHEEM HANCOCK: No. My brother just got into it. My mother was a big-time softball player. I remember going to watch her play even when she was older. My father was a runner. He ran in a few marathons, and was big into that. But no soccer backgrounds.

SA: How did your coaching career start? You stopped playing in 2005, when you left the USL's Toronto Lynx, and became assistant coach of the University of South Florida in 2009 ...

BRYHEEM HANCOCK: I spent about three years as a property manager in Hartford, Connecticut, when I got a call from George Kiefer. He's now North Carolina State's head coach but at the time was University of South Florida's head coach. He invited me to visit. Kiefer had been Ray Reid's assistant when I was at UConn. I hadn't seen him and his family in years, and really looked forward to seeing them. His kids were really young the last time I saw them.

He took me around the facilities. On the second day, we went to a training session. The ball rolled to my feet. I kicked it back, and thought, I miss being around the game. ... Being part of college again, experiencing it on a different side, excited me. It excited me because I looked at the kids out there like I was in their shoes when I was their age. How cool would it be to help those kids.

Coach Kiefer had an open spot on the staff and asked if I was interested. I said yes and within two weeks I was back down there.

SA: Did you have any coaching experience before that?

BRYHEEM HANCOCK: Not much. Some youth soccer, but nothing like a competitive club. During two of the offseasons of my pro career, I taught history at a middle school in Thompson, Connecticut, and coached the school's soccer team. It was a no-pressure, no-stress, very fun experience. In an area where soccer wasn't that big, I was just helping the kids enjoy the sport.

SA: Why do you think Kiefer thought you'd be a good coach despite your lack of coaching experience?

BRYHEEM HANCOCK: Well, I was captain of the U-17 national team when he recruited me, and then I was captain at UConn. He spent a lot of time with me and knew what type of person I was, how I was able to relate to different groups, how I communicate. I'm definitely thankful for the opportunity he gave. Ray Reid also pushed me toward coaching. At that time, I was still trying to play pro and see how far I could chase it.

Last year, while his fourth season as head coach of Radford was interrupted by the pandemic, Hancock was hired to replace Paul Leese as head coach of the University of Texas-Rio Grande Valley's Vaqueros. In early December, he packed up his car and drove from Virginia through Tennessee, Georgia, Alabama, Mississippi and Louisiana to one of the most southern parts of the United States. The area is also home to USL Championship club RGV Toros and the Rio Grande Valley Toros’ Youth Academy. 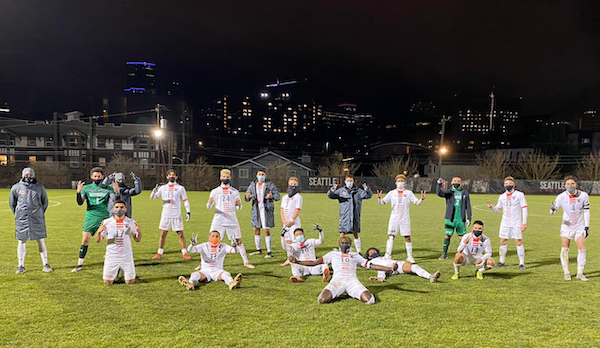 In their first game with Bryheem Hancock at the helm, the Vaqueros beat Seattle University, then ranked No. 15 in the nation, 1-0.

SA: What was appealing about the opportunity at UTRGV?

BRYHEEM HANCOCK: It reminded me a lot of University of South Florida, where I spent eight years, in Tampa. It's a large university of 31,000. It's has a family feel, with a lot students and student-athletes living at home and coming in for school. There's palm trees down here, South Padre Island is only about an hour and 15 minutes away. You can make it a day trip out of it.

The culture around here was something I was big on as well. The excitement for soccer in general in this area really attracted me. Also appealing is playing in a conference like the WAC, which is similar to the American Conference [that USF plays in]. Half your conference games games are at home, the other half -- getting on a plane, playing, and flying back. That's something that I had been accustomed to in the past at USF and I enjoy it.

SA: Besides UTRGV, Texas -- a large, youth soccer hotbed state -- has only three other Division I men's soccer programs: WAC rivals Houston Baptist and Incarnate Word (San Antonio), and SMU (Dallas). Of those, UTRGV is only public university. What's your recruiting like?

BRYHEEM HANCOCK: We have a few local kids through the Toros academy and Rafa [Amaya] and through the high school. There's big influx of talent just in the surrounding valley. Building relationships and connections with the coaches at these surrounding clubs in the area comes first. I have resources in other parts of Texas from youth to junior college. We'll do some recruiting out of state in the U.S. and tackle a little bit the international, but first I want to focus on the large pool of talent just in the state of Texas alone.

BRYHEEM HANCOCK: Yeah, Ray, who's always been big mentor to me in life and coaching, told me what he was trying to do. Ray's always forward-thinking, always thinking about others, not just about one culture or background. It's awesome idea. ...

The University of Connecticut teams I played on were a diverse group. When I played, there weren't many Division I programs with a makeup like our group. If you look at how the professional game is played, it's diverse groups all over the world. Teams blended with different cultures and backgrounds.

SA: Black Lives Matter, racial inequality and social justice were issues the sports world, including various levels of soccer, reacted to emphatically over the last year ...

BRYHEEM HANCOCK: The biggest thing for me has been that it's people of all backgrounds supporting each other. We're a diverse country, but we're all Americans. Diversity with a common goal during difficult times. Social justice issues, COVID, people going through financial hardship ... make you think about what kind of person you are, what type person you want to be, how willing you are to help a neighbor, to a help a person who you just met, to see how they're doing. Those are things as a coach, looking at our players, we're constantly bringing up.

SA: Have you encountered racism during your time in soccer?

BRYHEEM HANCOCK: Yeah, I did as a player. As a goalkeeper, depending on how the stadiums are set up, you're closer to the fans. You can't really get away from that area because you have to protect the goal. I remember times when people called me certain names.

My mother went through segregation, so she taught me a lot of life lessons that helped me handle those things. Because of that, I was able to notice something that isn't right, but then also being able to not be affected. To just understand that, at the end of the day, I'm a good person. I know who I am and feel comfortable with my own skin. I owe a lot to my mother for that, for preparing me for life