The path to first-team minutes has not been and easy or a smooth ride for American midfielder Taylor Booth who has had to deal with setbacks and challenges along the way. But at long last, a loan to SKN St. Polten in Austrian has finally paved the way for the Utah native to step into the spotlight. 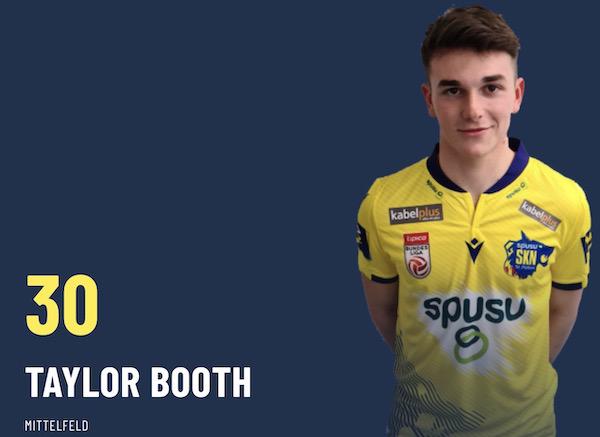 The path for Booth began over two years ago when his performances Real Salt Lake’s academy and the United States U-17 national team attracted the interest of Bayern Munich, one of the best teams in the world that was eager to have the American join its academy. But FIFA regulations on the movement of players under 18 stood in his way. It took months, but Booth was able to move beyond this challenge when he found a way to acquire an Italian passport through his family’s Sicilian roots. The European Union passport allows moves within the EU at age 16.

But there was a plan for Booth, however, and Bayern Munich sent Booth to trial at St. Polten with the opportunity for a loan if he impressed. Rising to the occasion, Booth performed well on trial and joined the club for the remainder of the Austrian Bundesliga season. It was there he would join fellow American midfielder and 2019 U-20 World Cup veteran Brandon Servania, who was also acquired on loan from FC Dallas.

Less just a few days after formally joining the club, Booth started for St. Polten for its game against Ried and it marked his debut at the first team level at any club. Over 90 minutes, Booth turned in a very solid performance where he won 12/20 of his duels, won 5/9 of his aerials, had four shots, and most importantly came up with the equalizing assist in the 83rd minute when his short cross found Ghana international Samuel Tetteh (who was coming off an unsuccessful loan to the New York Red Bulls in 2020) for a late equalizer in a 1-1 draw.

“I felt like I needed a move and I was excited for the challenge,” Booth said. “The first league in Austria is I mean it is first-team football in a first league. I was super excited to get out here and to start training with them for the trial week and really see what everything was. Everything went well and they wanted to take me on loan. I was really happy. I felt like it was the correct move for the next step in my career. ... If you have the opportunity to play first team from the first league in Europe. I didn't want to turn that down. And I wasn't getting a lot of minutes back in Munich.” 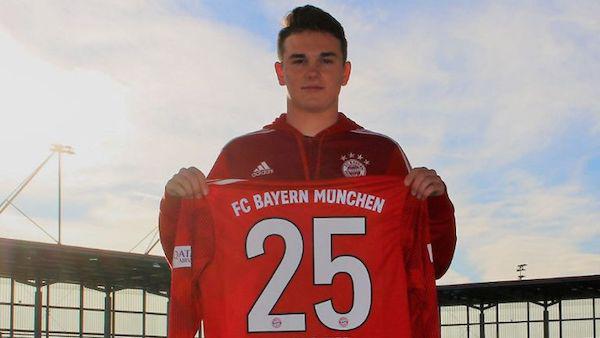 Booth who can play either as a defensive midfielder or as a box-to-box midfielder, is looking forward to developing his skillset in Austria while also play in games of consequence that youth levels often fail to provide. In making the transition to playing against Austria, he hopes to add physicality to his game while also using his passing to help St. Polten.

St. Polten can certainly use the help too as the club sits ninth in the 12-team Austrian Bundesliga. It's next three games will be challenging.

This weekend it will host fifth place Swarovski Tirol before returning home next weekend to host fellow American Erik Palmer-Brown and Austria Vienna. That will set the stage for March 7 when St. Polten will visit league leaders Red Bull Salzburg, which is coached by American Jesse Marsch and feature U.S. national team midfielder Brenden Aaronson in the midfield.

It is unclear what will happen to Booth after this season. Will he find a way to extend his loan to St. Poleten or complete a full transfer there? Will he return to Bayern to perhaps take a big role with their U-23 team? Will he find another loan or transfer at a bigger league? It remains unsettled but the most likely bet is that if he can cement his starting spot at St. Polten, he will find a place to contribute at a first-team level.

Unfortunately for Booth, he lost out on perhaps his biggest opportunity to showcase his abilities when the U-20 World Cup was canceled due to COVID as he was expected to be a big part of Coach Anthony Hudson’s plans for qualifying and the World Cup. That highly scouted tournament has been used as an important springboard for many American players the past six years and Booth is going to have to hope his performances in Austria can fill that void. 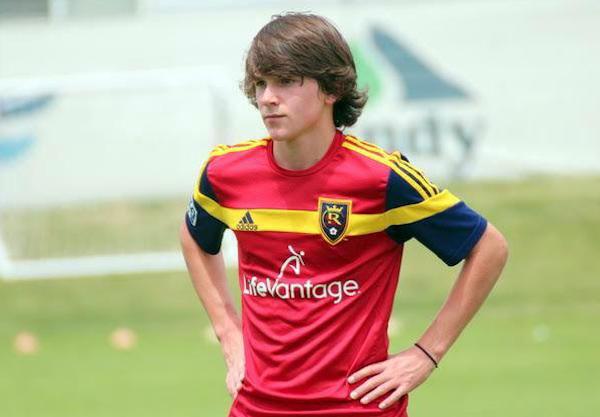 The pandemic also affected his brother, Zach Booth, who plays for Leicester City’s U-18 team and was likely going to part of the U.S. U-17 World Cup team before that tournament was canceled as well.

“I was definitely super, super bummed,” Booth said of the U-20 World Cup cancelation. “I was able to go to the U-17 World Cup a year older. And ever since that tournament, I always had in the back of my mind about the U-20 World Cup just because it was my age group. At that point I was already familiar with all the players in our age group and I knew I could be a key part of that team. To hear that got canceled -- it sucks, to be honest. Also, it would have been cool because my little brother would probably have been with U-17 team in the same year. So that would have been cool to have me at the U-20 World Cup and my little brother at the U-17 World Cup.”

The good news for Booth, however, is that he has finally found a place for him to play and develop as a player in Austria and what happens next – either on the club or the international level – will come down to how he plays in the next three months.

Like many players at his age, he has successfully dealt with crossroads and challenges and will have plenty more to come. But at this critical juncture of his career where he is transition from the youth levels to the first team levels, last weekend gave him a good start. Saturday’s game against Swarovski Tirol will be another important step.