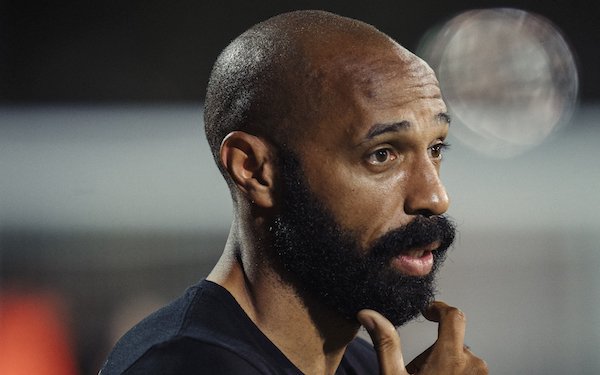 Former French great Thierry Henry stepped down as the head coach of CF Montreal after one season.

He cited the COVID-19 pandemic and family reasons for his decision:

“The last year has been an extremely difficult one for me personally. Due to the worldwide pandemic, I was unable to see my children. Unfortunately, due to the ongoing restrictions and the fact that we will have to relocate to the U.S. again for several months will be no different. The separation is too much of a strain for me and my kids. Therefore, it is with much sadness that I must take the decision to return to London and leave CF Montreal."

Like Toronto FC and the Vancouver Whitecaps, Montreal spent two months on the road, playing in the United States, because of Canadian travel restrictions. The Impact was based in Hoboken, New Jersey, and played its home games at Red Bull Arena during the last part of the MLS season. It returned to the United States in December for the Concacaf Champions League, which was played in Orlando.

Henry had recently returned to Montreal to begin preparations for the 2021 season. But it will likely be forced to relocate to the United States again, not only for the start of the 2021 season, pushed back to April 17, but preseason training.

In recent weeks, Henry was mentioned as a possible replacement for the managerial vacancy at English Championship club Bournemouth. Jonathan Woodgate, initially named interim manager after Jason Tindall was fired, was named the Cherries' manager through the end of the season.

Montreal was Henry's second head coaching job. He was fired as the head coach of French coach Monaco after three months in 2019. Before that, he was an assistant coach on Belgium's national team.