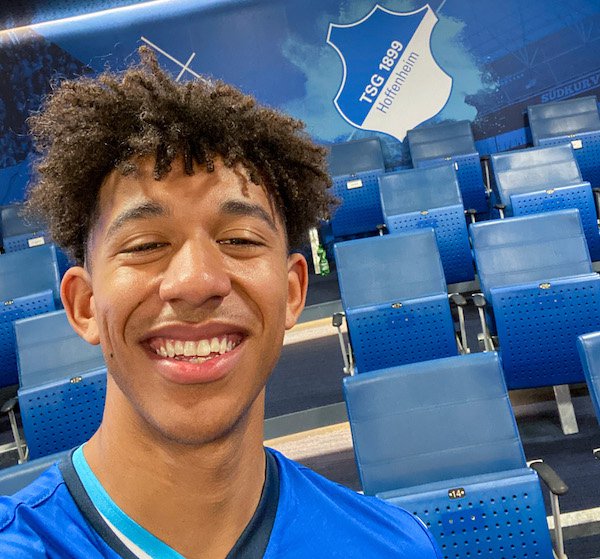 Sending a young player out on loan is often tricky and success is far from assured. It’s also risky for young players because an unsuccessful loan can amount to an entire lost year at a critical time in a player’s development.

For one, players being brought in on loan have to better than existing options, otherwise the loan stops making sense because clubs would rather spend time and resources to develop their own players. Players either need to be able to help or have a reasonable option to make it worthwhile.

This past year, we have seen it go in all sorts of ways for American players. Ulysses Llanez’s loan from Wolfsburg to Heerenveen has been a case study in terms of how loans can quickly fail. On the other hand, Daryl Dike is off to a promising start at Barnsley on loan from Orlando City.

Among all the positive loans, however, it is hard to imagine a loan working out any better than the one Chris Richards, 20, currently finds himself on with Hoffenheim from his parent club Bayern Munich. To make it even more impressive, there is no option to purchase on his loan and his club, Hoffenheim, sits fairly comfortably in midtable – reducing the need to bring in a player on loan.

In the end, Richards simply showed that he was too good of a player for Hoffenheim to pass up, even if he likely had no future with the team beyond this year.

"For us, it was unbelievably important that we bring in a strong and promising player at center-back," said sporting director Alexander Rosen. "Given our ambitious aims in the second half of the season, it was important to have a good alternative in that position and we believe we’ve found that person in Chris Richards."

But Richards has made himself important to Hoffenheim immediately upon his arrival. Almost as soon as he joined the club, he was starting against an Eintracht Frankfurt team that was pushing for a Champions League spot. After a slight injury cost him the next game, he started last weekend in a convincing 4-0 win over Josh Sargent and Werder Bremen.

In addition to the Bundesliga, Richards was also the starter for Hoffenheim in the Europa League round-of-32 series loss to Molde.

While the results have not always been there for Hoffenheim, Richards has been playing very well and was only marginally at fault for the second Eintracht goal in his club debut. Aside from that, he’s been a steady and regular presence who has played mature beyond his years.

This loan was well thought out from Bayern – which he joined from FC Dallas in 2019. While Richards had made three Champions League and three Bundesliga appearances with the reigning Champions League winners, the need for Richards to go out on loan was obvious as he clearly outgrew Bayern’s U-23 reserve team – with which he won the 3.Liga title in 2019-20. But he wasn’t ready to crack the first team in capacity to see regular minutes.

Hoffenheim was a great opportunity in large part because its manager, Sebastian Hoeness, was previously the manager with Bayern’s U-23 team and therefore was well-familiar with the Birmingham, Alabama-born Richards. With the club also having a need for defenders due to injuries, the opportunity to add Richards made sense for all parties.

"I'm happy to be here and to play for TSG," Richards said at his unveiling. "Hoffenheim have a really good tradition of building up young players and making them into some of the best players in the world. Hopefully, I'll get a lot of playing time here and I’ll be able to show the Bundesliga and the world that I’m a good player, that I can win games and play to my potential."

On Sunday, Richards and 11th-place Hoffenheim will have a good test when they head into the capital to face a Union Berlin team that should be desperate. Sitting seventh, Union is out of the European-based positions by three points and needs to win games like this at home. The intensity should be there and this will mark yet another valuable learning lesson for Richards to learn how to match that.

On the international front, the success of Richards to earn minutes and perform well is surely positive news to U.S. national team coach Gregg Berhalter – who awarded Richards his first national team cap last November in a 6-2 win over Panama. The team’s central defense pool has gradually improved. In addition to established options like John Brooks, Matt Miazga and Aaron Long, other younger options have emerged from recent U.S. youth national teams and club work in MLS and Europe. Mark McKenzie, Erik Palmer-Brown, Cameron Carter-Vickers and Miles Robinson are just a few of the other names along with Richards who are building solid cases to be part of the national team or possibly the Olympic team this summer.

Things with Richards on both Hoffenheim and Bayern Munich and with the U.S. national team are unsettled but in a good way. He’s performing well and has moved up the depth chart on all teams. Now it is just a question of how far he will go and how high he will climb. The move to Hoffenheim just appears to be the latest positive step on what looks like a promising journey.