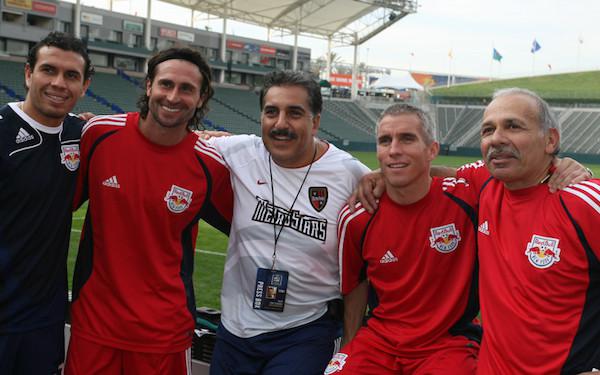 Des McAleenan, the Irish goalkeeping coach who worked for many years with MLS's New York Red Bulls and in recent years with the U.S, under-20 national team, has died.


McAleenan came to the United States to attend Central Connecticut State and worked with such  keepers with Tony Meola, Tim Howard, Jonny Walker and Zach Wells at the MetroStars (renamed the Red Bulls in 2006) for nine years (2002-11). The head coaches included Bob Bradley, Bruce Arena and Juan Carlos Osorio.

He was later the goalkeeping coach for Saudi club Al-Hilal (2011-17) and the Colombian national team (2019-20), but was unable to be with the Cafeteros for their World Cup qualifiers in November 2020 because he tested positive for COVID-19.

He also worked with goalkeepers in the U.S. youth national team program. He was on the staff for the teams that reached the quarterfinals at the 2017 and 2019 U-20 World Cups.

Thank you, Desi. You knew how much you meant to so many & to me. Your selflessness & dedication to your work will continue to help all lucky enough to have worked w/ you. I will continue to hear your stories in my head. Your friendship cannot ever be replaced. Rest in Peace  pic.twitter.com/FiRTowBLVM


Colombia's Canal RCN reported that McAleenan’s body was found at his home in his native Dublin.

McAleenan was open about his battle with depression.

“I struggled wickedly,” he said in a 2019 story published by The 42. “It scars me even still. I have a deep understanding of and empathy with people who go through dark moments. I was in Belfast and I just remember the pain of being so completely lost. I wanted to give up football. I wanted to give up everything. It was a shocking, horrible thing to go through.”