Survey: Parents who grew up with soccer are driving big increases in interest in the sport among young children 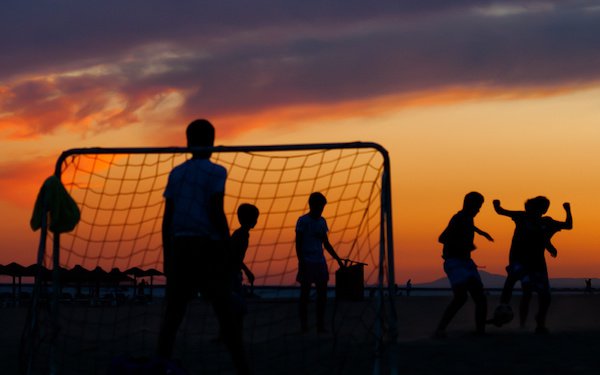 It's not too early to start tugging at the hearts of young kids and developing their sports interests.

The NFL aired one of its wild-card games in January Nickelodeon, which drew its biggest audience in nearly four years. Nickelodeon and CBS Sports followed up with “Nick-ified” pre-Super Bowl content before the Tampa Bay-Kansas City championship game.

Morning Consult has released a survey of the sports interests of Generation Alpha, those born after 2013, and their parents, and soccer scored very high.

A few of the findings of the poll conducted Jan. 28-Feb. 1, 2021, and reported by Morning Consult's Alex Silverman:

-- Of Gen Alpha parents with kids ages 3 or older, 26 percent said their children played soccer, more than football (25 percent), basketball (24 percent) and swimming (24 percent), the next sports with the highest participation rates.

-- The same parents said 23 percent of their children were soccer fans or frequent soccer viewers, a higher percentage than any other sport except the NFL (27 percent). (By contrast, soccer ranked fifth in viewing of Generation Z kids, those born in 1997-2012.)

What is driving this increased interest in soccer among Generation Alpha?

It's rather simple: More Gen Alpha parents played or watched soccer growing up than parents of previous generations, and they are passing on their soccer interest at higher rates than parents are passing along their interest in other sports.

(Almost as many Gen Alpha parents watched soccer as baseball while parents of children born before 1997 watched baseball at rates five times more than soccer. Besides soccer, pro basketball is the only other sport that has registered a generational increase in the percentage of parents who watched that sport.)

business, youth
9 comments about "Survey: Parents who grew up with soccer are driving big increases in interest in the sport among young children".
Read more comments >
Next story loading