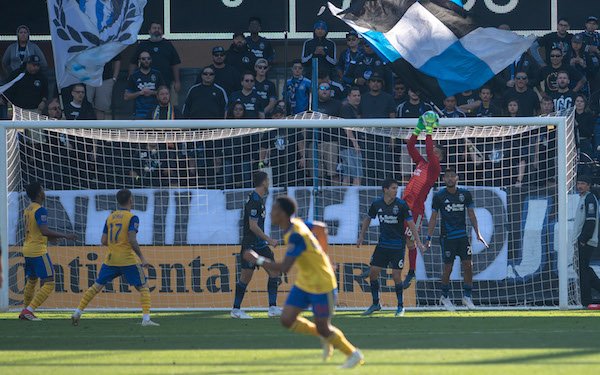 Governor Gavin Newsom presented the state's plan to re-open outdoor sports for fans, beginning on April 1. If all goes well, the three MLS teams will be able to welcome fans in limited numbers when the new season opens on April 17. They finished the 2020 season without any fans in the stands.

The opening for soccer and baseball teams will be limited by the tier of the county in which they are located. Counties are designated one of four tiers -- yellow, orange, red or purple -- based on its test positivity, adjusted case rate and health equity metric.

The reduced capacity will depend on the that county's tier:

The Galaxy and LAFC play in Los Angeles County, which is in the purple tier but could move to the red by April 1. The Earthquakes play in Santa Clara County, which moved into the red tier on Wednesday.

California has had some of the most restrictive COVID-19 protocols, banning competitive youth and high school sports altogether until recently and banning spectators at pro and college games. After spiking in late December and early January, California's COVID-19 rates fell drastically in February.