A young American in Malta: Alessandro Milesi honed his skills in Peru, the USA and Italy 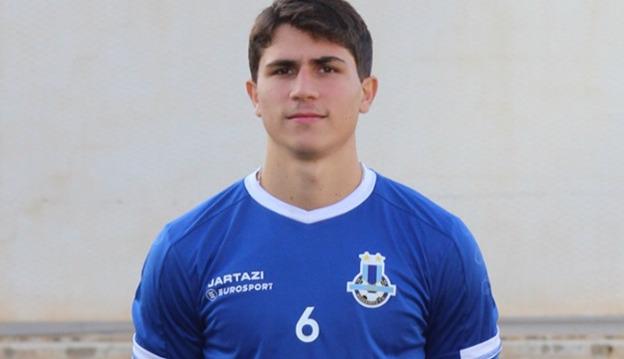 "We just went into lockdown again," says Milesi, speaking from the headland port town of 22,000 where in 1908 the club chose its nickname because, legend has it, the area's British residents were mostly fans of Bolton Wanderers and Wolverhampton Wanderers. "Fortunately, the season is still going on, although without fans."

Milesi has citizenship of the USA, Peru and Italy, his parents' homeland. He visited Malta for the first time when he arrived for the 2020-21 season that kicked off in September. He's yet to live without COVID restrictions on the Mediterranean island of 500,000. Malta doesn't often make the news in the USA -- George H.W. Bush at the 1989 Malta Summit and some coverage of presidential candidate Pete Buttigieg come to mind -- but we've all likely seen it on screen. A popular filming destination thanks to its historic buildings and seascapes, its 100-plus filmography includes Games of Thrones, Gladiator and Captain Phillips.

"I haven't been able to go out and see as much as I'd like to," Milesi said. "But during season, with training, I wouldn't be doing much else anyway. The soccer is going very well. It's been a very good experience. The style is close to Italian, very tactical, very strategic. There are experienced players to learn from."

Besides the Maltese players, his teammates hail from Italy, Ukraine, Japan, Portugal and Brazil. One of the two Brazilians is 33-year-old Denílson, who played five seasons with Arsenal 2006-2011 and won the 2012 Copa Sudamericana with Sao Paulo.

The left-footed, 6-foot-1 Milesi, who's played outside back, central defender and in midfield throughout his career, has made 16 league appearances, earned Times of Malta Best 11 of the Week honors, and scored a couple goals for Sliema Wanderers. The journey to his professional breakthrough has taken him through a wide variety of experiences.

In Florida, Milesi played for youth clubs Coral Gables Toros and Weston SC before his family's return to Peru led to playing for its U-15 team that won the gold medal at the 2014 Summer Youth Olympics in Nanjing, China.

"Playing in Peru taught me so much, including street soccer stuff that really helps your game," Milesi says. "The Peruvian style is great. They love playing ball on the floor, moving quickly. It's a fun way to play."

While at Shattuck-St. Mary’s, a boarding school that fielded DA teams run by Tim Carter, Milesi took part in a U-18 U.S. national team camp under Coach Omid Namazi in January 2016, but stayed with Peru. The U-20 squad he was on came up short in qualifying for the 2019 U-20 World Cup, but Milesi's time with the team included a remarkable experience: He was among a group U-20s players Peru took along to the 2018 World Cup. 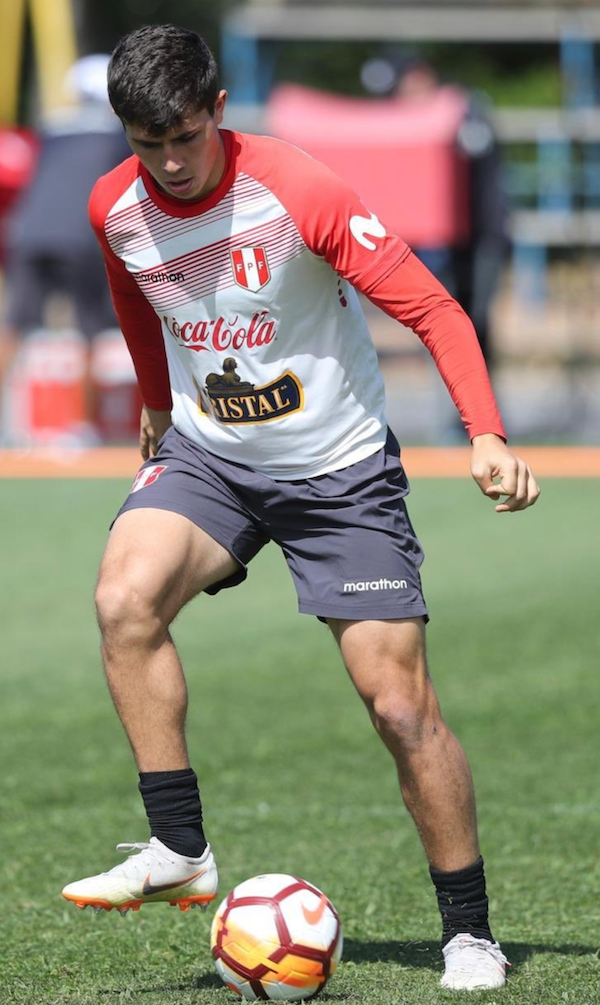 "They brought us to Russia to scrimmage the first team, train with them, and we lived with them," he said. "After a game, we'd train with the players who didn't play. We got to go to the World Cup games and had great seats. It was an amazing experience."

After Shattuck-St. Mary’s, Milesi joined the youth program of Italy's Brescia and had planned to return to the USA to play for the University of Maryland, whose coach Sasho Cirovski described Milesi as a "versatile player comfortable in both the back four or anywhere in the midfield and a physically tough player in addition to his cultured skillset."

Maryland went on to win the 2018 national title, but Milesi had changed his mind about college and signed with Brescia. The decision between college and the pros shifted toward the latter after he had experienced significant time with veteran players. At Brescia, while with the U-19s, he'd get training time with the first team, which had named as head coach Eugenio Corini, a veteran of more than 550 Serie A games as a player. He was succeeded by 2006 World Cup winner Fabio Grosso. Brescia won promotion to Serie A for the 2019-20 season. Milesi never got a first-team appearance but he felt he progressed while picking up lessons from a variety of coaches. Brescia U-19 coach Roberto Baronio is now on Andrea Pirlo's Juventus staff.

In January 2019, Brescia sent him to its second team, Serie C Sicula Leonzio in Sicily. That too had its benefits. "The third division is really tough because everyone's very afraid of getting dropped to the fourth division," he said. "It's intense."

At age 19, Milesi returned to the USA and joined Miami FC while it was playing in the NISA, and then trained under Coach Jason Kreis at Fort Lauderdale CF before the Malta opportunity emerged.

"My parents have been moving around a lot for work for a long time, so I was used to it," says Milesi, whose father, Marco, works in multinational advertising. "That helped me a lot when moving to Italy, and moving Malta. I was prepared for adapting and for little things that come up when you settle in a new place."


Maltese and English are the official languages of Malta, which won its independence from Great Britain 1964. "Everybody speaks English," says Milesi, who's fluent in English, Italian and Spanish. "I got lucky."

Milesi signed a one-year contract  with Sliema Wanderers, which is Malta's most decorated team, with 26 league titles (29 runner-up finishes) and 21 Maltese Cup titles. They're currently in fifth place, and well within range of entree into European competition: the league winner gets into first qualifying round of the UEFA Champions League; runner-up and third-place (and possibly the fourth-place) teams enter the Europa League's first qualifying round and the preliminary round, respectively.

"The level is good and I feel I'm continuing to develop," says Milesi. "My aim is to always keep improving."