Michael 'Mac' McBride on the eye-opening attractions of junior colleges

Junior college is a new world for Michael “Mac” McBride. The Birmingham, England native arrived on the Blinn College campus in 2019, after a career at four-year institutions. He is amazed by the power and possibilities of two-year schools, both academically and athletically. He has had his hands full -- in addition to coaching the men’s and women’s teams, he teaches kinesiology -- but it’s been rewarding. 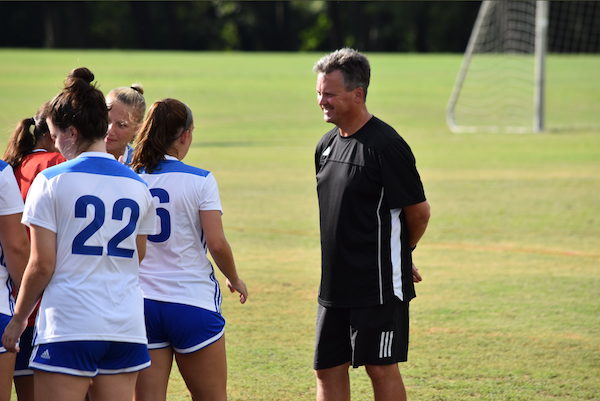 McBride is eager to spread the word about the value of junior college for student-athletes. And he believes that level of soccer is positioned well for a post-COVID world.

An All-Region player at Walsh University near Akron, Ohio, from 1995-98, he began coaching as a graduate assistant. He was named head men’s coach at Notre Dame College in 2001, when the Cleveland-area school first admitted males. “In the blink of an eye” he recruited 35 players – more than one-tenth the total number of men there.

After three seasons as head women’s coach at Nicholls State University in Thibodaux, Louisiana – where the Colonels earned the highest grade-point average in their history, and clocked the highest annual community engagement hours ever – he moved one state west.

Before arriving in Brenham, Texas, McBride’s contact with junior colleges was limited to recruiting. Academics, he had heard, may not have been those students’ strong suits.

He soon learned otherwise. With a handsome campus and residence halls for students, it serves as a gateway to four-year schools.

Academics is a high priority. Many students could enroll directly at an NCAA school, but prefer to test the waters first at a junior college. The women’s team has a 3.4 GPA, McBride proudly notes.

Blinn is surrounded by talent. Equidistant between Houston and Austin, it is a prime location for players looking to polish their game before moving to a four-year institution.

In his first season, McBride adjusted to coaching two teams simultaneously -- not uncommon in the junior college ranks. He relied on his organizational and time management skills. But, he notes, “there’s negligible difference in the sessions. The women do the same as the men.”

When COVID struck, “20 years of experience went out the window.” He and his players learned a great deal about themselves, each other, and adaptability.

Blinn instituted multiple and strict testing and other protocols. The team trained very little in the fall. Even now, as Texas opens up quickly, the school’s rules are far stricter than the state’s.

Unlike the NCAA, the National Junior College Athletic Association has allowed in-person recruiting for a while. However, Blinn prohibited it until March 22.

When McBride hits the road, he’ll talk with potential student-athletes whose lives have been upended. Some may be considering junior college because their family’s financial situation has changed. After a year of a different type of schooling, some might be reassessing what college means to them. Others who may have wanted to leave the area now prefer to stay closer to home. Blinn is talking with a young woman who de-committed from the University of Arkansas, for that reason. “That’s a D-I school!” McBride says. “That would have been out of the question before.” 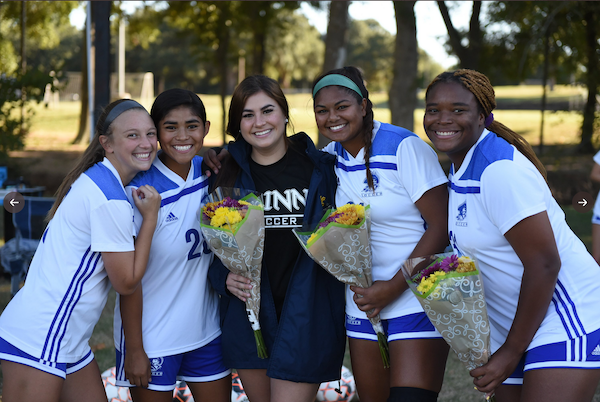 Importantly, the NJCAA – like the NCAA and NAIA – is not charging any players this year with a season of competition. Some Buccaneers may stay an extra year on campus, yet retain two more years’ eligibility at a four-year school.

The impact on Class of 2021 recruits is large, and still unknowable. McBride says it may take a couple of years to sort itself out.

When he talks to recruits, McBride emphasizes the importance of earning their two-year associates’ degree. It’s important for a career – and it signals to the coach of a four-year school that the student-athlete is capable of finishing what they start.

Though NCAA schools are cutting athletic programs -- with some even in danger of closing themselves -- McBride is bullish on junior colleges. They serve important needs in their communities. They create important “student experiences” that transcend athletics. And in Texas, there are more than enough quality players to keep the junior college pipeline filled.

“My eyes have been opened,” he says. “Junior college soccer is a whole lot of fun.”