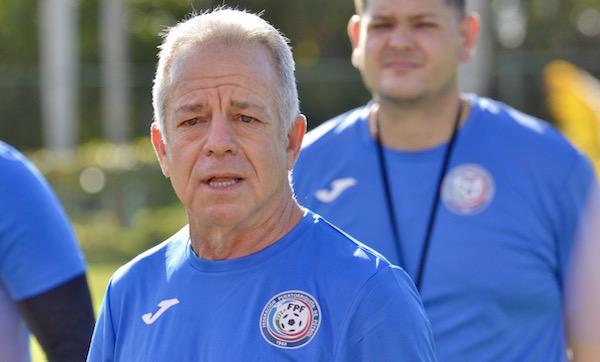 "It's unusually quick," said Sarachan. "The approach is get to know the players on the field right away. Get to spend time with them off the field. Review the friendlies that I watched them play in January."

One year ago, Ivan Rivera at age 29 became the world's youngest soccer federation president. Upon being elected to lead the sport in Puerto Rico, he announced his quest to improve every level of soccer on the U.S. territory island of 4 million. Late last month, Sarachan was named head coach of the Puerto Rico's men's national team.

"As we're increasing the professionalism in our federation," Rivera said, "we believe Dave Sarachan is one of pieces we have been missing."

After serving as the USA's interim head coach in 2018, between Bruce Arena and Gregg Berhalter, Sarachan spent two seasons coaching North Carolina FC. Shortly after he resigned because ownership moved the club from the USL Championship to USL League One, the Puerto Rico opportunity opened up.

"Of course, Concacaf World Cup qualifying was intriguing to me and the timing was right," said Sarachan, who becomes the third American to coach the U.S. national team and take the helm of a different national team. Bob Bradley, after coaching the USA in 2006-11, was at Egypt's helm in 2011-13. Steve Sampson, the U.S. coach in 1995-98, coached Costa Rica in 2002-04. 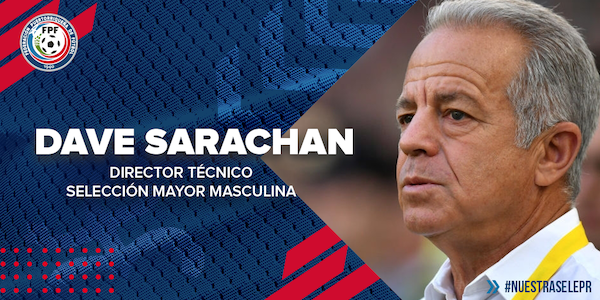 Puerto Rico has yet to reach the World Cup. It won its first qualifier in 1992 for the 1994 World Cup, when it beat the Dominican Republic in the first preliminary round before falling in the next round to Jamaica. That team was coached by New Yorker Arnold Ramirez, then also Long Island University's head coach. Its other second-round came for the 2014 World Cup, when it exited after finishing second to Canada in group play while notching wins over St. Lucia. Its 2018 World Cup quest ended with a 2-1 aggregate loss to Grenada.

Sarachan brought with him Daryl Shore, who assisted Sarachan at the Chicago Fire. Also on staff is Argentine goalkeeper coach Sebastián Uranga, who's been in Puerto Rico since 2015, and fitness coach Josebastián Sustache.

Puerto Rico's road to Qatar begins against St. Kitts & Nevis on March 24 in the Dominican Republic, where Sarachan is currently training in Punta Cana. To advance to the second round of qualifying, Puerto Rico must finish first in a group that also includes Trinidad & Tobago (March 28 at home), Bahamas (June 2 at home) and Guyana (June 8 away). The Group F winner -- teams play each other only once -- advances to the second round, a home-and-away series with the winner of Group A, whose highest rated team is El Salvador. That winner advances to the eight-team final round group, to which the USA, Honduras, Costa Rica, Mexico and Jamaica qualified automatically.

During his year as the USA's interim head coach, Sarachan fielded the youngest lineups in U.S. history and gave debuts to 23 players, the most ever during a similar time frame. They included Tyler Adams, Weston McKennie, Zack Steffen, Josh Sargent, Reggie Cannon and Tim Weah.

"I'm kind of pleased that the year I had the group we brought in so many of these young guys and now they're continually on a great path forward," Sarachan says. "I feel good about that, and that they are being recognized and are a part of things. You've still got to come together as a group and all that, but the U.S. pool is deeper with younger guys with a lot of bigger game experience."

The USA's games with Sarachan at the helm included a 1-1 tie with France on the eve of the 2018 World Cup it went on to win, a 1-0 win over Mexico, and ended with a 1-0 loss to Italy. His first stint with the USA came when he served as one of Arena's assistant coach in 1999-2002 with the team that reached the 2002 World Cup quarterfinals. During his 2002-07 tenure as Chicago Fire head coach, Sarachan guided it to a MLS Cup runner-up finish and two U.S. Open Cup titles.

While Sarachan assisted Arena with the LA Galaxy in 2008-2016, it won three MLS Cups. Sarachan was also part of the D.C. United staff that won the 1998 Concacaf Champions League and Copa Interamericana titles (with Arena) and the 1999 MLS Cup (with head coach Thomas Rongen).

Guiding Puerto Rico to the second round of qualifying will likely require success against Group F rival, Trinidad & Tobago, the team that knocked the USA out of 2018 World Cup qualifying. Arena with Sarachan on his staff had been appointed to dig the USA out of a hole from its poor start under Jurgen Klinsmann. But T&T has struggled of late because of COVID restrictions and a FIFA suspension.

"I think COVID kind of levels everybody," Sarachan said. "It affects who's available. Players based in certain countries may not be able to make it. So there a lot of questions in terms of full rosters for all these teams. It won't be easy, but it's not impossible."

Should Puerto Rico manage to reach the final round of qualifying, its first game would be against the USA. How would that be?

"I can't think about that right now," Sarachan says. "When people bring it up, it flashes briefly in my head, but we've got to get through a lot of hurdles before we get to that one."