The U.S. national team roster was revealed this week and while many of the names were expected, there were a few surprises that included players who have had to fight through unconventional paths to make this team. Among that list, Erik Palmer-Brown  was the most interesting as he has been a highly regarded player from his youth national team days but has, at times, struggled to break out while on the “loan army” circuit of Manchester City. 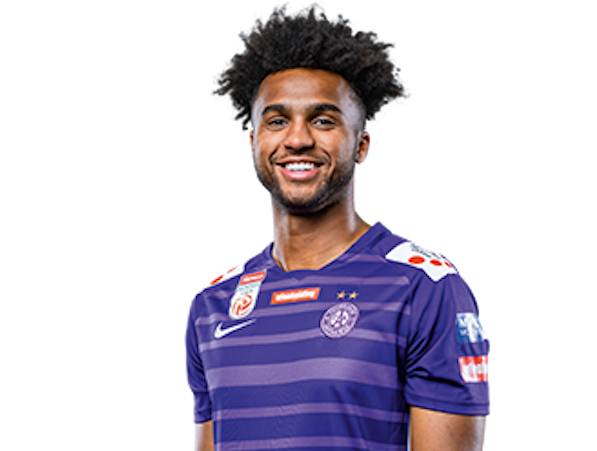 Within a month, Palmer Brown will turn 24 and it has been nearly eight years since he signed his first professional contract – a homegrown deal with Sporting Kansas City. Shortly afterward, there were reports that top clubs such as Juventus were after him.

While at Sporting Kansas City, however, Palmer-Brown struggled to earn regular first team minutes as Coach Peter Vermes often went with more experienced central defenders. Despite that set back, Palmer-Brown continued to showcase his worth. He was a regular with the United States youth national teams and made the 2015 U-20 World Cup team while playing up a cycle.

His breakthrough as a top prospect, however, came in 2017 with the U.S. U-20 team when he was captain of a team that was groundbreaking U.S. Soccer. At U-20 World Cup qualifying, Palmer-Brown played out of position at defensive midfield and was awarded the tournament’s Golden Ball as the U.S. team won the Concacaf U-20 Championship for the first time in the program’s history. Then at the U-20 World Cup, he was named to the all-tournament team by a couple of media outlets as the U.S. team advanced to the quarterfinals.

At the club level, however, Palmer-Brown has yet to entrench himself at any particular club. Following the expiration of his contract with Sporting Kansas City, he signed a lucrative long-term deal with Manchester City. He has been under contract with just two teams but all but 20 of his appearances have been out on loan.

This has had both its benefits and drawbacks. In started in 2016 while still with Kansas City and Palmer-Brown was sent on loan to Porto in Portugal. Playing with Porto B, he was a regular starter and was part of history when it won the Portuguese second tier LigaPro title. In doing that, Porto B became the first second-tier champion by a reserve side since Real Madrid Castilla won Spain’s Segunda in 1983/84.

As soon as he decided to leave Sporting Kansas City, however, the loans began. This was expected due to both the elite quality of Manchester City and the fact Palmer-Brown was ineligible for a U.K Work Permit at the time. He first went on loan to Kortrijk in Belgium, then to a NAC Breda team which was relegated out of the Eredivisie during is season there.

In 2019, however, Palmer-Brown found a loan to Austria Vienna that offered more stability than he previously had. The club was traditionally one of the most powerful in the Austria Bundesliga but had fallen on hard times – having been surpassed by Red Bull Salzburg, Rapid Vienna, LASK and others. The team still struggled to return to that level in 2019/20 but Palmer-Brown performed well and the club brought him back for 2020/21. Still young for a central defender, Palmer Brown’s career has brought him to a lot of places. He has already played in seven different leagues in five different countries – USL, MLS, Portugal’s LigaPro, Belgum’s Pro League, the Eredivisie, and now the Austrian Bundesliga.

It has been a tough road without a permanent home, but for Palmer-Brown it has given him a unique and all-encompassing perspective on the game.

“That's the thing about moving around from league to league,” Palmer Brown explained last season. “I've been in four different leagues now overseas in Europe, including Portugal second division. It's just you get see a lot of different types of style play, a lot of different players. In the Netherlands it's a lot of trying to build out of the back. Here, there is a lot of parity in the league, and I think there is a lot of parity in a lot of leagues where most teams could beat the top teams. Obviously, Salzburg has been at a different level -- credit to Jesse Marsch. ... A lot of Austrian teams here have tried to build their model off of what Salzburg done because they've had so much success.”

This past season has been Palmer-Brown’s best to date, despite the fact that Austria Vienna continues to struggle in the bottom half of the standings. He's already been name to the Austrian Bundesliga's Team of the Week twice this season -- the first in September during a 2-1 win over Ried. The second in December just before the winter break after a 1-1 draw with LASK. His best outing, however, came on March 7 when he helped Austria Vienna to a 0-0 draw against second place LASK.

Austria Vienna current sits in eighth place in the 12-team league and on Sunday will host fifth-place Wolfsberger AC.

Palmer-Brown remains one to watch this year on many different levels but the most significant is that come this summer, he will probably leave Austria Vienna on another loan. His performances thus far have probably opened doors at levels in Europe higher than the Austrian Bundesliga but just how high up his next step will be will depend on his performances the rest of the way.

“It's really difficult, actually,” Palmer-Brown explained last season of constantly being on the move. “To be fair, in the moment, right now, obviously, it doesn't seem difficult because I'm here at the club -- but once it starts to get into the summer months of finding a new club -- I've never stayed at the same club. So just finding a new club, packing up everything and moving again. Then the first months of getting here, living in a hotel for a month until you can get your apartment -- it's a really tough time, settling-in, getting your work visa and doing all these things. You can't play, you don't know the group. You have to get acclimated, prove yourself again. Bouncing around club to club, it's challenging. But at the same time, I find it quite rewarding.”

Following the game this weekend, Palmer-Brown will join the United States national team and he won’t have to travel far as the camp will take place in Austria. It is a huge opportunity for Palmer-Brown as national team invitations have been harder to come by. He was last named to the U.S. U-23 team for Olympic qualifying in 2020 but that tournament was postponed a year. He was invited to join the current qualifying team but was not released by Austria Vienna. If successful, however, he remains a candidate for the Olympics.

The competition for central defense is tight at the moment, but Palmer-Brown’s resume continues to be steadily impressive. Right now, John Brooks, Matt Miazga and Chris Richards are all putting in regular performances at a high level. Palmer-Brown is firmly in the mix as well as Mark McKenzie, after a great season with Philadelphia, isn’t yet a regular with Genk. Aaron Long’s 2020 season with the Red Bulls wasn’t up to his level in 2019, and Tim Ream’s playing time is declining.

Palmer Brown has two caps in his career – in a win over Bolivia and a draw against France. Both came during a time in 2018 when the team was coached by Dave Sarachan. Since then, the player pool and, most importantly, the coaching staff has changed. Starting next week, Palmer-Brown will have a chance to stake his claim in front of Coach Gregg Berhalter and alongside made of the team’s first-choice players.