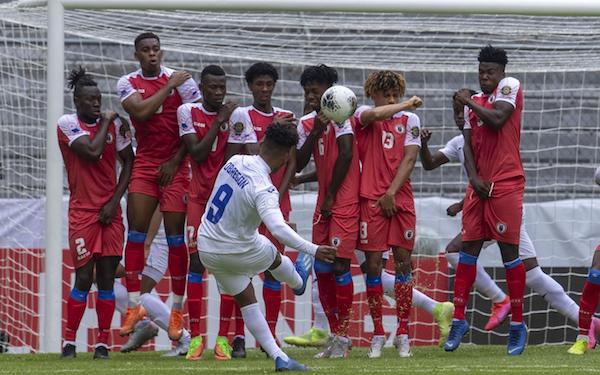 The last year has seen many matches impacted by COVID-19 protocols.

Teams have had to withdraw players in the middle of games when COVID-19 tests came back positive.

On Friday, Haiti was allowed to add a player and get back to full strength after it was forced to start its Concacaf Men’s Olympic Qualifying opener against Honduras in Guadalajara with 10 players -- and a field player in goal -- due to the late arrival of part of the team delegation, which delayed COVID-19 testing.

Defender Odilon Jerome started the game in goal, and Haiti was down 2-0 in the 22nd minute when goalkeeper Alan Jerome was cleared to play after his test came back negative. The Catrachos added a third goal in the 38th minute, but could not pad its lead.

Haiti had to finish the game with as many players as it started as Djimy Alexis was red carded in stoppage time.

In a statement, Concacaf said part of Haiti's delegation arrived in Guadalajara too late to conduct testing prior to the match and only those players and officials who complied with the competition’s testing regime were allowed to participate in the game.

A 12th Haitian player, midfielder Eliader Dorlus, was cleared to play and entered the game as a sub in the 22nd minute.