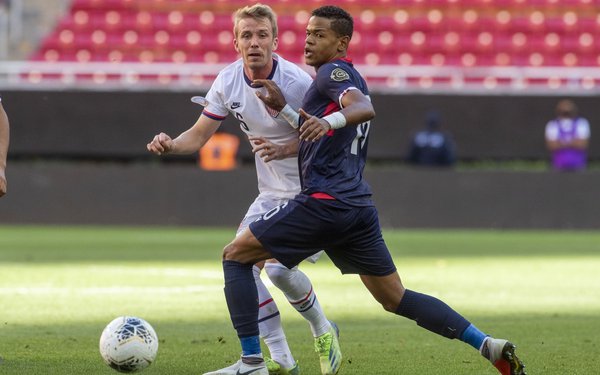 The USA brushed aside another miserable showing in the first half of its Concacaf Men’s Olympic Qualifying match against the youthful Dominican Republic with four second-half goals for a 4-0 win, its  second straight shutout win in Group A.

The victory, combined with Mexico's 3-0 win over Costa Rica Sunday night, sends the USA into next Sunday's semifinals, where the two winners will clinch the two Concacaf berths in the Olympic men's soccer competition.

The USA and Mexico, which has also opened with two wins, will meet on Wednesday to wrap up group play. Mexico has the edge in goal difference, so it only needs a draw to clinch first place. Costa Rica and the Dominican Republic have been eliminated.

Honduras (3-0 over Haiti) and Canada (2-0 over El Salvador) lead Group B. They will also clinch berths in the semifinals if they both win on Monday night.

In 2015, the USA beat Canada, Cuba and Panama by a combined 13-2 to win its group, but it failed to advance to the Rio Olympics.

It fell to Honduras, 2-0, in the semifinals, beat Canada, 2-0, for third place in the  Concacaf tournament, then lost to Colombia in a playoff (1-1 tie in Barranquilla and 2-1 loss in Frisco, Texas). This year, the USA won't have the benefit of a playoff to get a second chance if it loses its semifinal match.

The USA will need a much better performance that it's gotten over the first two games, the 1-0 win over Costa Rica, which dominated the second half, and the win over the Dominican Republic, whose best player was 17-year-old Floridian Edison Azcona, who played for Kreis last season on Ft. Lauderdale CF in USL League One.

Kreis blamed Sunday's poor first half on his players being overly cautious against the Dominican Republic, the youngest team in the Concacaf tournament.

“The picture that they were presenting to us was extremely defensive — five players in the back, nobody releasing in wide spaces and both of our fullbacks were extremely hesitant about going forward,” he said. “So it just didn’t add up or make any sense, We needed to get those players really high. We needed to be looking for wide combinations.” 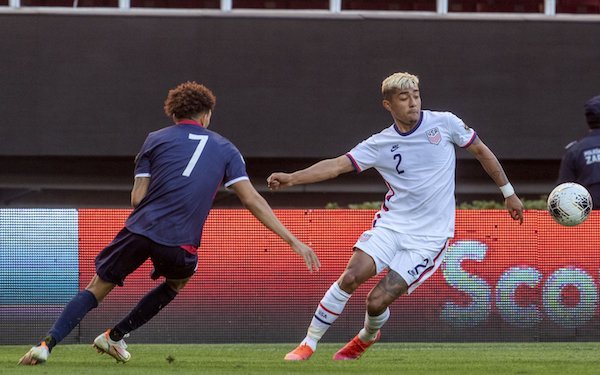 The USA found them in the second half.

The opening goal began when right back Julian Araujo played a ball that Johnny Cardoso smashed off the woodwork. The DR defense failed to clear the rebound, and the USA went ahead when Jackson Yueill flicked Sebastian Saucedo's pass into the goal.

After that, the floodgates opened. Djordje Mihailovic set up Hassani Dotson for two goals, then scored the fourth himself.