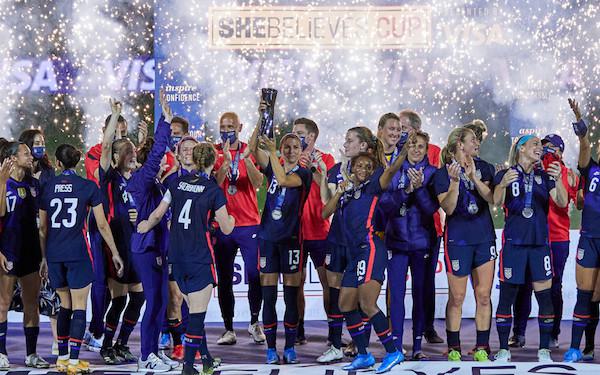 Vlatko Andonovski named 23 players for the U.S. national team trip to Europe, where it will play women's friendly games against Sweden in Stockholm (April 10) and France in Le Havre (April 13).

The squad is the same as the original team he picked for the SheBelieves Cup. It includes Alana Cook, who was later replaced on the SheBelieves Cup roster by Casey Krueger after Cook's French club, Paris St. Germain, chose not to release her, citing FIFA's COVID-19 release policies.

Andonovski named Krueger as one of several contenders for spots on the 2021 U.S. Olympic team who are unavailable due to injuries. The others are two-time world champion Tobin Heath and Mallory Pugh. He also mentioned veterans Ashlyn Harris and Ali Krieger, who play for the Orlando Pride.