For several years, the Arizona Soccer Association has partnered with the Boys & Girls Club of the Valley to offer soccer clinics for underserved youngsters. When COVID-19 struck, the opportunity to get outside and play became even more important. The late-afternoon sessions represented one bit of normalcy, in an otherwise chaotic world. 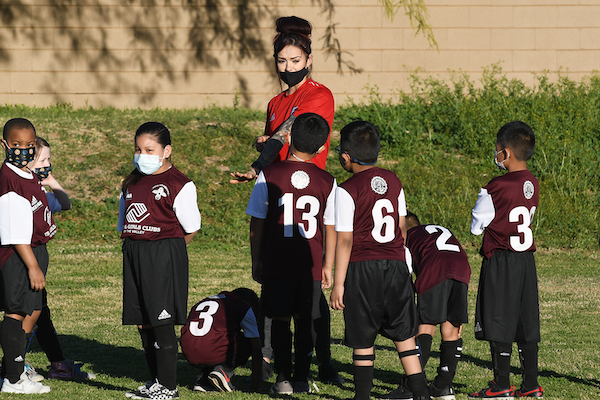 But the ASA staff was stretched thin. So when the Mesa Police Department contacted the Boys & Girls Club Grant Woods Branch, asking about how to start a community outreach program through soccer, the ASA realized the force could be a great resource for coaches.

There was only one problem: Most of the officers knew nothing about soccer.

The solution: U.S. Soccer’s Introduction to Grassroots Coaching class. Spurred by ASA CEO Rick Kelsey, the ASA sponsored the four-hour session, for 12 police offices. Only one had ever played the game.

“Starting new programs in a community is great,” Blundell says. “But you need a champion for it. There are never enough people to staff it on your own.” 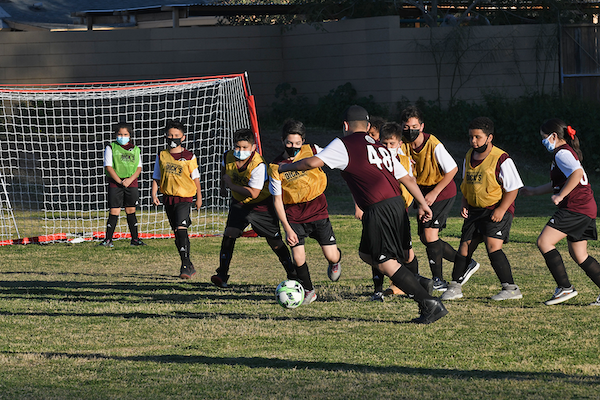 The Mesa Police Department picked up the ball. They led Monday night skill sessions for dozens of young players, from kindergarten through ninth grade, and Wednesday scrimmages. Adidas provided uniforms. On the final evening, players and police shared pizza.

For the Mesa officers, the program was a way to show youngsters -- and their parents and siblings -- that policemen and women are human beings who smile too. Several officers actually patrolled in the same neighborhoods where they were coaching.

“Soccer is one of the world’s leading sports. But for many families, a clinic like this can be out of reach,” notes Marcia Mintz, CEO for Boys & Girls Clubs of the Valley.

“For our club parents and players, this is a unique opportunity to get to know the Mesa officers as coaches and mentors. That builds community for the long term.”

The police loved the program, Blundell says. “They picked up soccer knowledge; they created a positive atmosphere; the kids laughed, and they developed really good relationships.”

The children, meanwhile, “got to be outside playing, having fun, being kids. With everything going on in the world, they got to see that the police are there to help. These kids are hungry to play. Just roll the ball out, and they’ll come.” 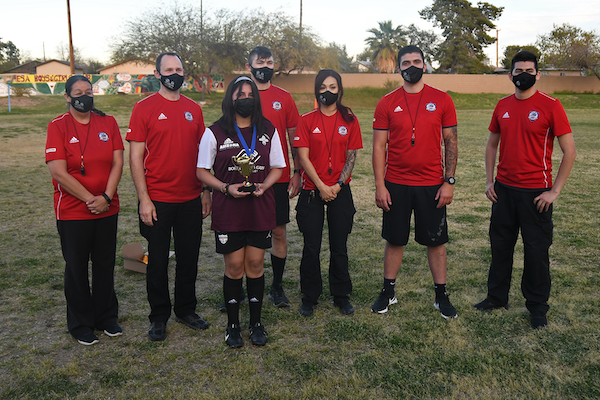 Community outreach is very important to the ASA, Blundell notes. They’re reaching out to find more “champions” for new programs. Some may be as close as the police officers who patrol nearby.

But although Blundell -- who sits on U.S. Youth Soccer’s Grassroots Committee -- hopes that communities across the country will replicate these kinds of outreach efforts, he warns that “one size does not fit all. Every place, every program is different. You’ve got to find what works for you.” He would like to hear how other communities implement outreach efforts.

Meanwhile, soccer in Arizona continues at all levels. The state was one of the first to open up sports during the pandemic, last summer. Teams from California -- where restrictions were far tougher -- flocked to tournaments in the Grand Canyon State.

The city of Phoenix -- concerned about the influx of out of state players -- closed their public fields, including the enormous Reach 11 complex. The ASA scrambled to find alternate venues. Last week, the city reopened them all.