Josh Sargent, the life as a footballer in search of goals 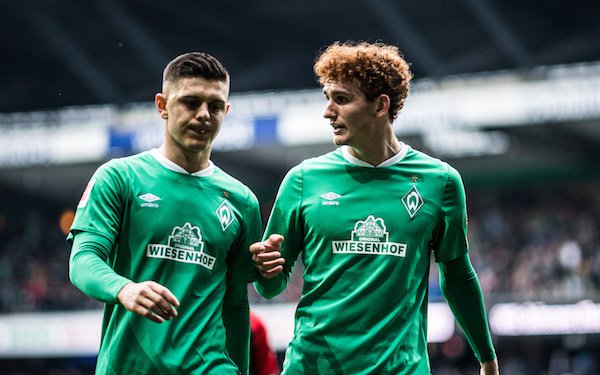 Few players have more to gain from the USA's March friendlies as Josh Sargent.

Since he burst on the international scene in 2017 when he scored four goals for the USA at both the U-20 and U-17 World Cups, Sargent has been tapped as the top young American hope at center forward.

But it has been slow going for Sargent since then. He broke into the Werder Bremen first team in 2018 but failed to get consistent playing time, costing him a spot on the 2019 U,S. Gold Cup team.

In his third season with the first team, Sargent was installed as Bremen's starting center forward. One problem: the goals didn't follow. He scored just one goal in its first 16 Bundesliga games before breaking out with a goal in a 4-1 win over Hertha Berlin on Jan. 23, the only game he hasn't started all season.

He followed with goals in three straight games against Eintracht Frankfurt, Cologne and Arminia Bielefeld to help Werder Bremen climb to 11th place, a big improvement over the 2019-20 season when it needed to win a promotion-relegation series to avoid the drop for just the time in its history.

"I think the biggest difference is that everything just comes very naturally," Sargent said of his recent scoring form on a media call ahead of Thursday's USA-Jamaica game in Austria. "It just seems to happen with ease. You don't have to try so hard. When you're in that slump, when you're not scoring goals, it feels like no matter what you do, it's just impossible to score. I'd say the biggest difference is everything just seems very easy."

He said almost every player has to deal with ups and downs.

"If you ask any player, besides [Lionel] Messi or [Cristiano] Ronaldo, everybody deals with it," Sargent added. "It's life as a footballer. You have times you're doing really well and times you're not doing so well. It's definitely hard at times, of course, but I think it's important to have a good group around you to help you stay focused, and if you keep working hard, I think things will work out for the better." 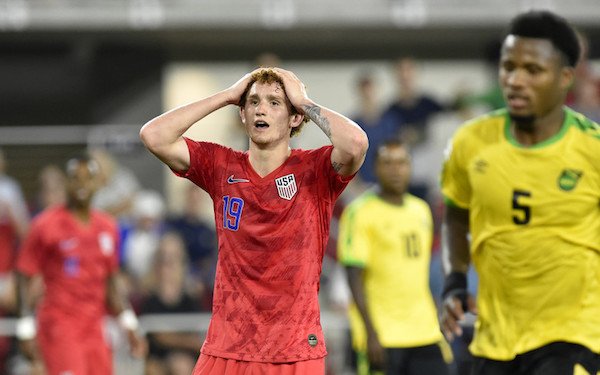 Sargent returns to the national team for the first time since 2019 when he scored twice in a 4-0 win over Cuba in the Concacaf Nations League. Bremen refused to release its international players in November 2020 for the first gathering of the USA's European-based players since the pandemic, citing quarantine restrictions.

With five goals in 12 international appearances, Sargent is the most experienced striker in the U.S. camp. Nicholas Gioacchini made his first two appearances for the USA in November against Wales and Panama, Daryl Dike earned a cameo in the Jan. 31 friendly against Trinidad & Tobago, while Jordan Siebatcheu was a late call-up for the matches against Jamaica and Northern Ireland.

Not in camp are veterans Jozy Altidore and Gyasi Zardes, the two strikers ahead of Sargent in 2019 when he wasn't picked for the Gold Cup, and Sebastian Soto and Jesus Ferreira, a pair of 20-year-olds who are playing in Concacaf Men's Olympic Qualifying. Tim Weah, who has been starting up front and on the wing for Lille, was not released by the French Ligue 1 title contender.

The USA's center forward corps is so deep that there was no spot on the March camp roster for 19-year-old Matthew Hoppe, who scored five goals for Schalke 04 in January.

What can Sargent do to help his case? U.S. coach Gregg Berhalter said he wants goals from Sargent.

"It’s really simple,” Berhalter said. “We really want him having the mindset to put the ball in the back of the net. I challenged him in the Cayman Islands against Cuba to score goals and have that mindset, and he scored a couple goals. I think that was the last time he was with the team, and hopefully against a difficult Jamaica opponent he’ll have the same mindset.”