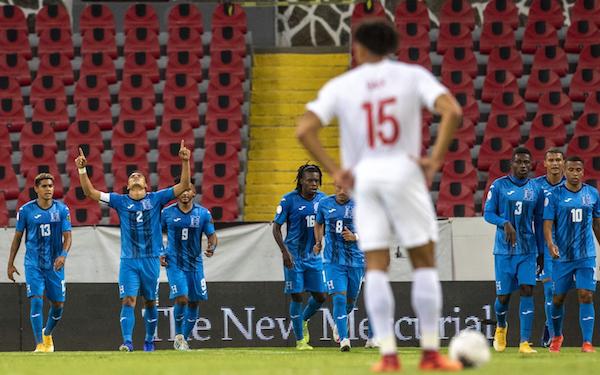 The USA faces Honduras on Sunday for a berth in the 2021 Olympic men's soccer competition.

The Catrachos finished first in Group B of Concacaf Men's Olympic Qualifying when they tied Canada, 1-1, on Thursday night to win the group on goal difference (5-2 vs. 3-1). Honduras and Canada both finished with one win and two ties.

The only Honduras win came in the opener, a 3-0 decision over Haiti, which began the game with only 10 players and a field player in goal because they were the only players who cleared COVID-19 protocols. Honduras led, 2-0, midway through the first half when Haiti goalkeeper Alan Jerome's negative test was confirmed.

A tie in the group finale was enough to send both teams into the semifinals. Canada will meet host Mexico, the Group A winner, in the other semifinal.

Honduras will be aiming for its fourth straight trip to the Olympics. In 2012, the Catrachos reached the quarterfinals. In 2016, they lost to Nigeria, 3-2, in the bronze-medal game.

In 2015, the USA beat Canada, Cuba and Panama by a combined 13-2 to win its group, but it failed to advance to the Rio Olympics, falling to Honduras, 2-0, on a pair of goals by Alberth Elis.

Unlike the previous Olympic men's soccer qualifying tournament, there will no second chance for the USA. In 2015, it beat Canada, 2-0, for third place in the  Concacaf tournament, then lost to Colombia in a playoff (1-1 tie in Barranquilla and 2-1 loss in Frisco, Texas).

The USA will enter Sunday's game with two wins (1-0 over Costa Rica and 4-0 over the Dominican Republic) and one loss (1-0 to Mexico).